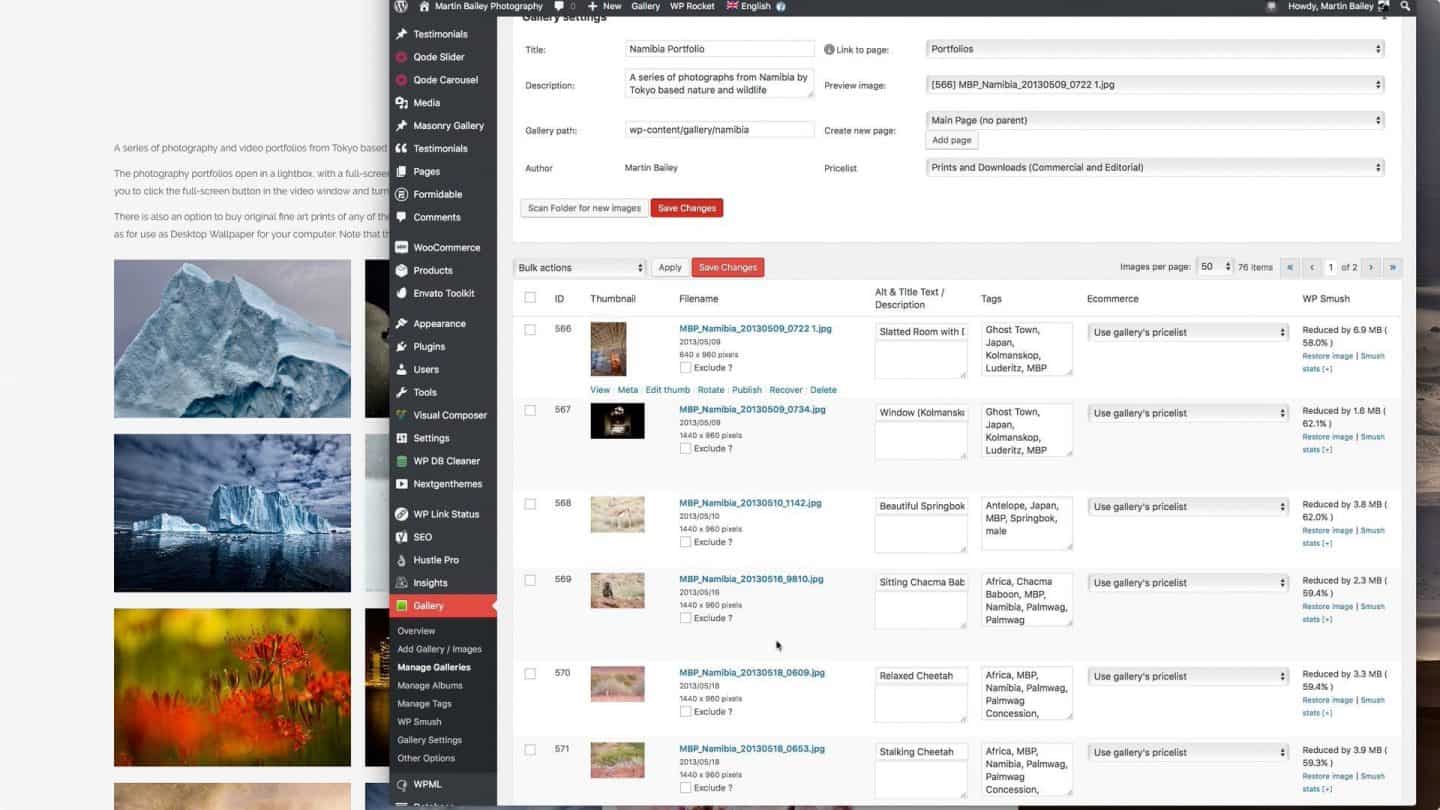 This week I’ve created a video to review and walk you through the NextGEN PRO gallery that I have recently implemented on my web site. As you’ll see, it isn’t perfect, but it’s a very feature rich gallery and lightbox solution. With e-commerce built right in, it will save a lot of time as we can configure pricing and the types of products available on a high level and just assign them to the entire gallery. It’s also possible to apply different settings to individual images, as we’ll see in the video.

The podcast audio for this week is a short introduction to let you know about the video, but I also have a message from a gentleman named Curtis Cunningham about his new “Wonderful World of White” Kickstarter project, which I’ve inserted into the audio too. So please do listen to that with the above audio player. You can see details on Curtis’ web site and on Kickstarter.

Please do check out my video below though, as I get into NextGEN in all its glory, and as you’ll see, it’s although I’m happy with it, it’s not without its faults, which granted may be caused by my server, but everything else is running fine. You can check out the resulting galleries as I’m now using NextGEN to serve up my still photography portfolios here.

If you are interested, you can check out and buy NextGEN PRO here: https://www.imagely.com/wordpress-gallery-plugin/nextgen-pro/

Do let me know how you get on in the comments below, and I hope you run into fewer issues than I seem to be seeing.

Check out the NextGEN galleries on my Portfolios page here: https://mbp.ac/portfolios

Martin Bailey is a nature and wildlife photographer and educator based in Tokyo. He's a pioneering Podcaster and blogger, and an X-Rite Coloratti member.
PrevPreviousComplete Namibia Tour 2017 Travelogue 5 (Podcast 582)
NextShooting and Focusing Techniques for Telephoto Lenses (Podcast 584)Next