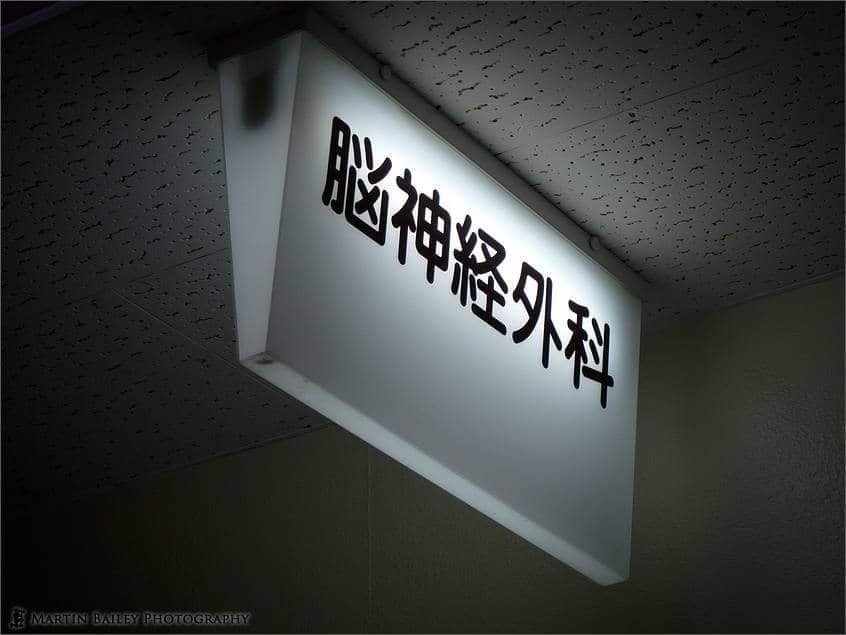 A Reminder of Our Transience

OK, so this is a difficult thing to talk about, but I’m not one for hiding things away, however personal, so here we go.

About six weeks ago, on the evening of the day we’d reached Patagonia, after a few days at sea from the Falkland Islands in the last stage of my Antarctica voyage, I started to have some funny turns. They started with a sensation in my nose, similar to how it feels after being punched in the nose. Not pain as such, but the sensation, accompanied by an almost insinuated rather than actual smell. Then, moment later a strange tingling worked its way out from the nose and chest down my arms and legs until my entire body was tingling. I became a little dizzy and sometimes nauseous, then after around 40 seconds to a minute it subsided, then stopped, with no apparent after effects.

The ships doctor couldn’t really pinpoint anything, and after a few days, the frequency dropped from roughly every thirty minutes or so, to once every few hours, then it stopped around the fourth day. Shortly after this, the voyage ended and I made my way back to Japan, and the turns seemed to have cleared up. It was a very disconcerting experience, especially not knowing the cause, but I relaxed about it, hoping that it didn’t happen again.

Then, on Sunday this week, June 5th, they came back. I had one attack in the morning, and one in the afternoon. I was disappointed and again felt very concerned. On Monday, the next day, I had three attacks, and was getting more and more worried. I decided to confide in a good friend in Australia who’s not only an amazing photographer, but also a very good doctor, Graham Morgan. Graham advised me to get an MRI and start tests to find a possible problem with something affecting my central nervous system.

The following morning I went to a local hospital, that didn’t have an MRI, but did have a CT machine that would give us a quick look in my head. After explaining my symptoms and having the CT Scan, a smiling doctor exclaimed that there is something there, and with the next breath, told with the same smile and a definite sense of excitement that it is a brain tumour. 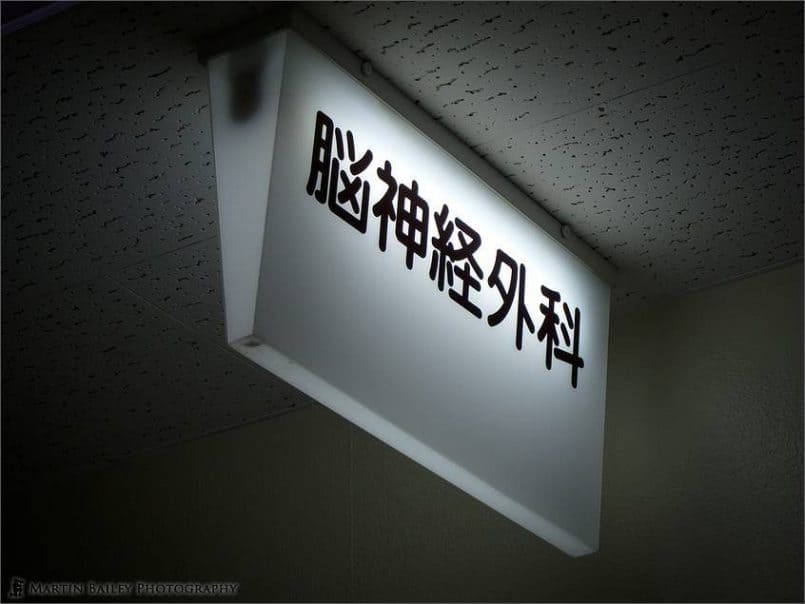 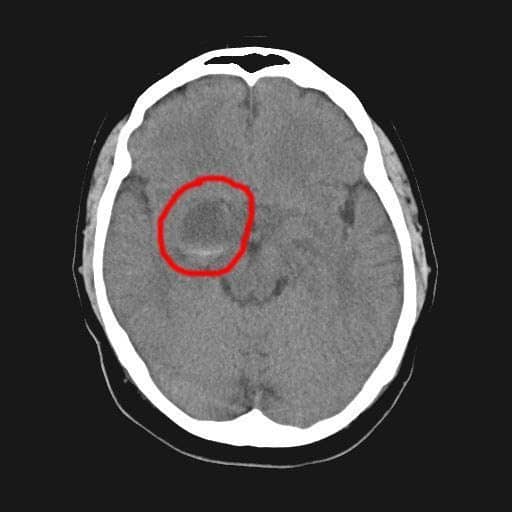 We looked at the series of images from the scan, and you can certainly see something almost golf ball sized start to appear just left of the center of my brain, and this extends down behind my nose, which might explain why the attacks seem to start with that funny sensation behind the nose. The doctors excitement helped to diffuse the situation a little, but I was still pretty shocked. I looked across at my wife who was in the room with me, and she looked like she’d seen a ghost, understandably. I reached out and took her hand.

We were referred to a larger hospital and went to see if we could start further tests straight away. The actually don’t take outpatients in the afternoon on this day, but we went anyway, and they agreed to start working with me. We did another CT scan, this time while injecting me with something that makes the pictures clearer, and they took six test tubes of blood for tests. We’ve got an appointment for an MRI for tomorrow, June 9, to get a better look at the enemy, I then have another appointment next week on Wednesday the 15th, to discuss the results and start to build a blueprint of how we’ll treat this thing.

We don’t know yet if the tumour is malignant or not. Evidence suggests though that it’s been growing for some time, and hasn’t really started playing up until now, and even now, the symptoms are relatively mild, so the doctor says it seems to be benign, but we won’t know for sure until we actually get in there and take a piece of it for checks. Luckily, with the bulk of this thing being behind my nose, we may be able to go in through there rather than opening my skull, at least to get a piece of it, even if the surgery to remove it requires them to go in through an open cranium.

On the way to the CT scan room, the doctor said that I was surprisingly calm, and I was. Most of the time now, I still am, but that doesn’t mean that I’m OK with all of this. I have to tell you, I’m shit scared. We got home last night and cried for a while while hugging, as soon as we walked into our apartment. Today we’ve done OK, but had a bit of a blubber earlier for five minutes.

It’s difficult to know how to feel. On one hand there’s the possibility that it could be all over, but on the other hand, there’s an enhanced appreciation for the time that we have, and if I do make it through this, the rest of the time I’ll have left. We actually cried earlier after I’d said that I want to look out across the Savanna with my wife once this is all over. Boy do I hope that we get to realize this dream.

The most immediate thing on my mind right now is that I want to know whether or not this thing is malignant. If it’s malignant, there’ll probably be all sorts of nasty cancer treatments that will knock me for six. If it’s benign though and I pray that it is, the main danger I’m guessing will be in how much damage my brain takes as they cut out the tumour. If all goes well, I’m pretty sure that I’ll come out of this OK. Right now though I’m really just looking forward to getting the tests done, and getting a date for some surgery and then getting that surgery done. I want this thing out of my head, and be in a position to see what life is going to look like afterwards.

I remember a few years ago when I had my gallbladder removed, I spent a little time at the beginning of Podcast #29, to talk about how lucky I felt to have my health, despite the fact that the surgery would stop me from fully enjoying my photography for a few weeks.

Now though, I’m faced with the possibility again, that this might all be torn away from me. I don’t know how high the risk is yet, but as I write this, I know that there is at least a small chance, that I might not make it through this, and would not be able to live out the life that I’ve worked so hard to make for myself.

Last year, I realized my dream of becoming a Japanese citizen, and then leaving my day job, and starting my own photography business. I ended last year by achieving another goal which was holding an exhibition of my work here in Tokyo. This year I’ve gotten off to a great start, with a wonderful Snow Monkey and Hokkaido Photography Tour and Workshop, and followed that with an amazing Photography Expedition to Antarctica, the Falklands and Patagonia. My Portraiture and commercial work is also picking up, and plans for additional tours and other marketing activities are currently in full flow. I’ve never felt so confident that things are going to get really, really well, as I do right now.

But, it’s all up in the air now, until I can get rid of this tumour and get back to full health. I believe that barring some totally unfortunate human error, I’m going to get through this, and really just want to get started, and get the pain that I’ll certainly face from the surgery out of the way, and get to a point where I know I’m going to be alright.

There is still so much that I want to do with my life, and that I want to do for others, and I hope and pray that this will not be taken from me yet. After all, I still have a whole bunch of photographic masterpieces to make too!

Stay tuned, and I’ll keep you updated as I learn more about the tumours and the procedures we face to get rid of it. Also stay tuned for those yet uncreated masterpieces. I will be making them, hopefully in this life.

In the meantime, you all stay healthy too. This whole thing really has once again reminded me of the frailty of our existence, and the transient nature of our time here. Let’s make the most of every day we are blessed with. 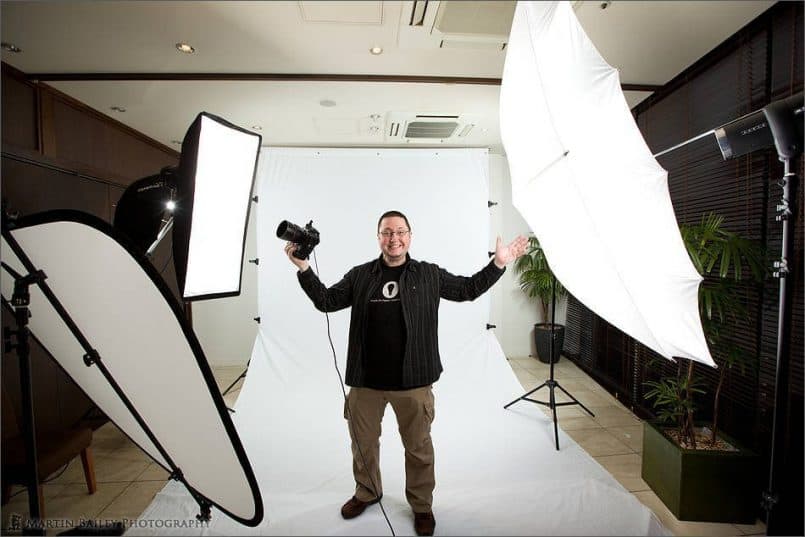 Me Having Big Fun!

I’m going to go ahead and post this today, as I talked about the tumour with Ibarionex in the Podcast I released earlier today, and I don’t want people to worry about me too much. I might find myself blubbering every so often, but in general I’m optimistic, and steaming towards beating this thing, with my usual energy and passion. If I get a chance to do so, I might record this as a Podcast for release in the coming days too, but that will depend on the timing of any additional tests or anything that might come up.

Martin Bailey is a nature and wildlife photographer and educator based in Tokyo. He's a pioneering Podcaster and blogger, and an X-Rite Coloratti member.
PrevPreviousEpisode 289 : A Chat with Ibarionex Perello
NextEpisode 290 : The Poorly Photographers Society, with David duCheminNext