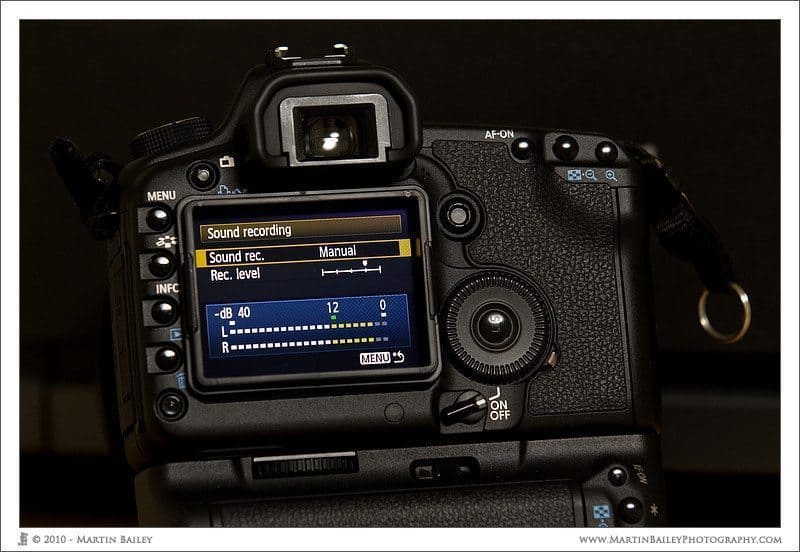 After a false start with problems in firmware 2.0.3 that caused the camera to fail to record any audio at all, today, Canon followed up with firmware 2.0.4 that adds manual audio controls to the 5D Mark II.

Here’s my 5D2 with the controls displayed.

Either way, this is a big release. Not having these controls has been a pain for a while, for people shooting video. This update also reduces the 30fps that the 5D Mark II has shot since its launch to 29.97, which is a more standard frame rate, and it adds 24fps (strictly speaking 23.976fps) video.