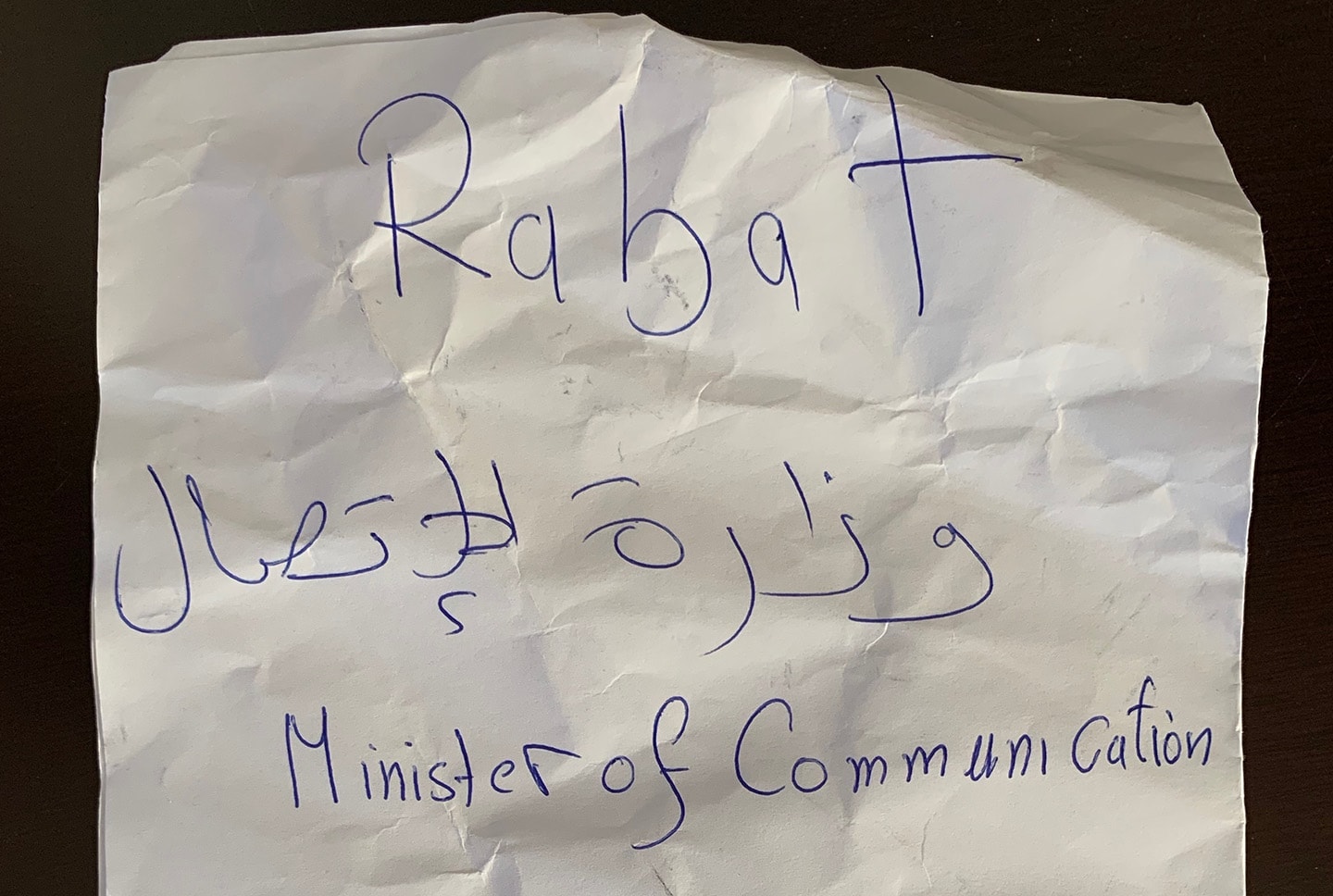 Having just recovered from the worst cold of my life, taking more than 10 days to shake, I’m now finally ready to talk about my 2018 Morocco Tour & Workshop, which was great, but I feel that the treatment I received from the customs officials on entering Morocco deserves a post to itself, so we’ll get this out of the way first.

I’d like to issue a strong warning to all photographers traveling to Morocco. When I arrived in Morocco this year, I walked through the customs area and was asked with a smile if I was a photographer. With a similar smile, I replied yes, and I was swiftly taken into the customs office and asked one question. Do your cameras shoot video?

I replied that yes, they do, but that still photography is the main reason for my visit. On this, without any further questions, I was told that I could not bring my camera gear into Morocco and that I had to…

Leave my camera bag at the customs office and pick it up on my way home!

I told them that I was here to do a photography tour, and there was no point in me being in Morocco without my gear, and their reply was that my only other option was to return home. It was either leave your bag or go home. Those were my two choices. Of course, neither of these choices was acceptible, so I stood my ground.

I asked on what grounds they wanted to keep my gear, and after a few relays, they told me that it was because my cameras could shoot video. I, of course, told them that almost every camera that was made in the last ten years can shoot and that without doubt, every other person going through their customs gate could also shoot video, but they were free to enter Morocco.

I was told that I need to leave my bag, and go to Rabat, the capital of Morocco and get authorization from the government. I asked for details of what authorization I needed to seek, and from which government body.

All I got was this piece of paper (right) with the words Rabat and Minister of Communication. They would not tell me what type of authorization I needed.

At this point, I called my travel partner for the Morocco tour and asked them to call the Ministry of Communication in Rabat and ask what kind of authorization I needed. They were able to get through to someone and were told that there is no authorization that I can seek.

I later learned that to do any production filming in Morocco, you do need to get authorization from the Ministry of Communication, but that is for shooting movies, short-movies or commercials etc. Otherwise, it is not illegal to shoot video in Morocco.

I imagine that this is what the customs officials were hassling me about, but that was based on one leading question; do my DSLR cameras shoot video? Not, are you here to film a movie or commercial. I was never asked why I had the cameras. Just do they shoot video.

Anyway, at this point, I watched a guy come in and pay the customs officials for a few boxed up iPhones, and although this may have been an official payment, the way they seemed to be bartering on the price made it look like a back-hander to me, otherwise known as a bribe.

I know that customs in some countries work this way, so although I spent forty minutes in India once standing my ground adamant that I would not pay them, it had already been well over an hour that I was trying to get my bag into Morocco, so I asked if they wanted me to make a payment. Luckily, and to their credit, I was told that it was not necessary.

So, I asked to see the manager of the guy that I was talking to. It turns out that this was the guy that had brought me in here in the first place. I decided to go straight for the jugular in this conversation and told him that I was here to do a photography tour, and I could not leave without my bag.

I proceeded to say that if they made me leave my bag, I would walk outside and film a video with my iPhone explaining what had just happened to me and that this would be viral on the Internet within 24 hours.

I pointed out that this would seriously damage Morocco’s photography tourism trade, and I asked if he was ready to take responsibility for that? At this point, he took me to his manager, who took me back into the customs office and asked me to write out a memo stating that I was not entering Morocco to shoot video and sign it. I did this and was let through customs, with my camera bag.

An Unprovoked Attack on a Good-willed Tourist

This whole fiasco took me a few minutes short of two hours, and quite honestly, it felt like I’d been dragged into an alley by some thugs and given a kicking, just for the hell of it. It was cold and totally unprovoked, and quite honestly I’m shocked and amazed that Morocco is carrying out this kind of practice.

Luckily, none of my tour guests were stopped in a similar way, and luckily the other guest that was due to arrive at the same time as me came in on a flight that was also delayed, so he came out around ten minutes after I did, meaning that I didn’t keep anyone waiting.

There were two related incidents though that are a bit of a saving grace for Morocco and her otherwise wonderful people.

When I walked outside the airport to the meeting point, shortly after I met our guide who was there to pick me up, a young Moroccan man came over to me with a concerned look on his face. He had a kind face and was a comfort as I was obviously still very stressed. He asked if anything was wrong and was greatly saddened to hear my elevator speech on what had just happened to me.

He asked me not to lose faith in the Moroccan people, and then disappeared for a minute and came back with a bottle of water and tube of that he handed to me. I tried to refuse but he wouldn’t let me. This act of kindness brought me back to a state that almost felt normal.

The second thing that happened, not including the amazing 12 days that we spent in Morocco since my arrival, was on the way back through the airport at Casablanca, as I went through security checks.

The guy checking the contents of bags started asking me about my trip. He asked all the places we’d visited, and with all the photography gear I had, he asked if I was a photographer. My heart sank, as the thought of spending another two hours getting out of Morocco with my gear crossed my mind, but then he asked if I’d enjoyed the photography here. When I replied that I had, very much, he smiled and said, “I’m pleased to hear that. I hope you come back and visit us again.”

Honestly, as I was already run down from a cold that had a vicious grip on me as I returned to Japan, I almost burst into tears. It made me so happy to receive a kind comment from a guy in a similar suit to the ones that had accosted me twelve days earlier.

So, that’s my story, that I didn’t wish for, and wish I didn’t have to tell, about almost losing all of my gear for at least twelve days, although possibly permanently. I have two main messages that I’d like you to take away from this. Firstly, if you are going to Morocco to shoot still photography, and you are asked by customs if your camera shoots video, just say no!

But, I can’t end without saying that Morocco is a beautiful country, with mostly very warm and poetic people. A little camera-shy sometimes, for sure, but I really enjoyed this year’s tour, and I’m still hoping to return at some point. I’m still trying to decide whether or not to run this tour in 2019, partly, but not entirely because of this incident. There are a few other things that I have to consider before I can make my final decision.

If you are interested to hear how the tour went, see the next post as I start a series of travelogues to share our journey and some the of beautiful photographs that I came back with this year. If you are not a regular visitor, subscribe to our newsletters to get a reminder when the next post is released. Or visit our subscribe page to see other options, such as subscribing to our Podcast feed.