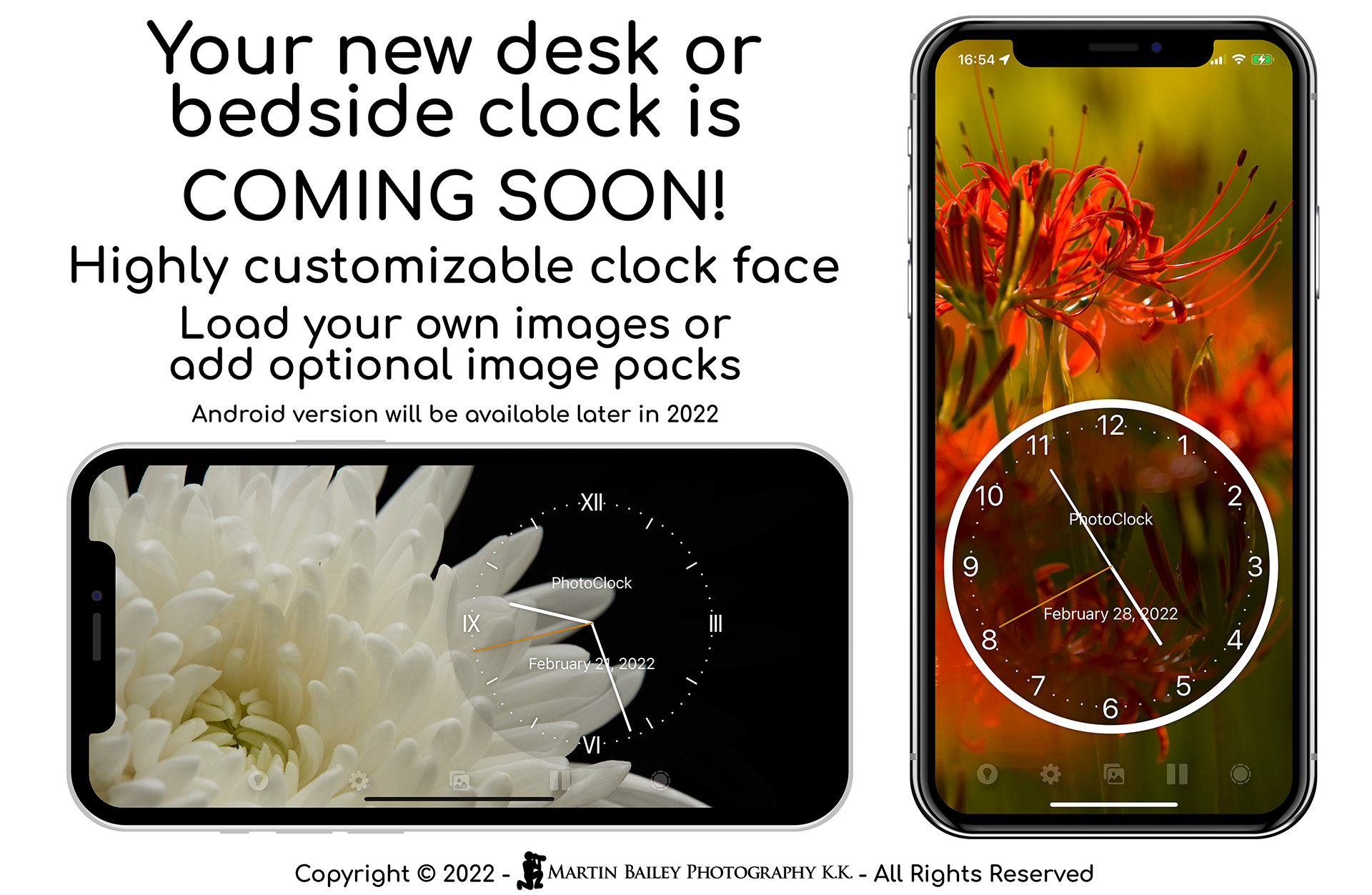 February has flown by so quickly, that I’m left with just a few hours to put down some thoughts to share before we welcome in the third month of the year. Unfortunately, February 2022 is going to remain in the memories of many as the month that Vladimir Putin finally completely lost his marbles, and sent an already insane world into yet another downward spiral. I’m hoping with all my heart that we see an end to the current madness in the early days of March.

I’ve spent 98% of the last month trying to finalize a new iOS app that I’ve been working on since the end of December. I’ll share a few details today as I don’t have time to say anything else that I wanted to say. I’ve backed myself into a corner and my time management skills go completely out of the window when I start coding. This is partly because I really enjoy it, but mostly because it’s not my core-competence, and having loaded a ginormous three-dimensional map of how my app is organized into my gray-matter, there’s either little room for anything else or my fear of the structure shattering to the floor like a house of cards prevents me from walking away for any length of time.

For the last few weeks I’ve woken up pretty much every day telling myself that I must create a Podcast, and even today, on the last day of the month, I’ve spent until almost 4:30 pm messing around trying to complete my app. I wanted to finish it, get version 1.0 out of the door, and then spend a few days creating some quality content and a marketing page, etc. but it’s just proving very difficult to finalize a few of those devilish details. The main problem is that I decided to write my latest app using SwiftUI which is Apple’s newer programming language that is incredibly powerful, but almost nothing like the Swift programming that I taught myself a few years ago, and have become pretty proficient with.

Because of this, a good portion of my time was taken up by learning new technology, but the result is that I’ve built a highly responsive very lightweight app that looks great without any graphics other than the app icons embedded in the package. Another major advantage that I’m looking forward to exploring more is that this puts me a lot closer to an Android version than my Photographer’s Friend app which I’m still trying to port. Once I have my second app in the App Store though, I do intend to spend some time working on porting them both to Android, although I’ll start with my latest offering, not Photographer’s Friend, mainly because of the porting benefits that the SwiftUI architecture brings.

I did, of course, spend some quality time with my Patreon community in our monthly Question Time event, and I have done some private mentoring sessions, and I lost a day to an almost 39-degree fever after getting my COVID vaccination booster last week, but I was happy it was only one day. I lost two days to both of my first two jabs. As the month progressed almost every day I’ve felt as though I could push the new app out and see how it flies, but it’s still not quite ready, and I’m now trying really hard to complete a way to save and restore theme settings, but once this is completed, I’m going to release it, and add the other few new features that I have in mind after that. The themes seemed like a good idea and I got really close to getting it working in just a few hours, but that was four days ago now, so I’m regretting not leaving that until the first update as well.

Anyway, I don’t want to give away too many details and to be honest, it’s such a simple idea that you’ll get most of it anyway, I’ve basically created something that I’ve wanted myself for a long time but have never been able to find a good answer to my personal wishlist of features for an iOS-based desk clock. I have a charging stand on my desk that can sit my iPhone on at about a 70° angle in either portrait or landscape mode, and I have a similar stand beside my bed. I did buy a desk clock a few years ago, but it always seems to get in the way and has been pushed way under my iMac screen, almost out of sight, but my iPhone sits on its stand in a prominent position, so it would be perfect to display a nice looking clock. Here is are a few photos of what I’ve created, to give you an idea.

My biggest wish was for the ability to load images that would cycle through in the background, so I’ve designed my app with the ability for the user to load images from Apple Photos. I realize though that although photographers have lots of great photos hanging around, some people are going to want good photos but need an easy way to load them, so I have added the ability to buy additional packs of my images, all theme-based, like Winter Landscapes, Flowers, African Wildlife, etc. and there will be eight packs available at the time of launch, but I’ve designed the app so that I can add new packs by modifying a web page and changing the settings on Apple’s developer’s website, without updating the app itself, so I will add a number of new packs in the weeks after launch.

The clock face is so customizable, that I decided to build an automated demonstration of all the settings. This was another feature that took just a few hours to get completed, but that was actually what led me to start work on the theme presets, which has added this extra four days at this point. You can change the color of the clock face and opacity from 0 to 100% and you can also change the color of the frame, as well as the frame’s thickness, from no frame at all, up to a very thick frame, and as you can see, you can select Arabic or Roman numerals, and show all 12 numbers, just the 12, 3 6 and 9 o’clock numbers, or no numbers at all. You can also remove the second marker for a very minimalistic clock. You can of course change the size and position of the clock as well.

There are a bunch of other features as well, but I’ll save that all for the launch when I’ll create a walk-through video as well. Hopefully, it won’t be many more days or weeks now, but I’ve been saying that since the end of January, so don’t hold your breath. Anyway, I’m out of time. It’s six o’clock on the last day of the month, so I had to get this recorded and posted. We’ll get back to some regular episodes very soon.