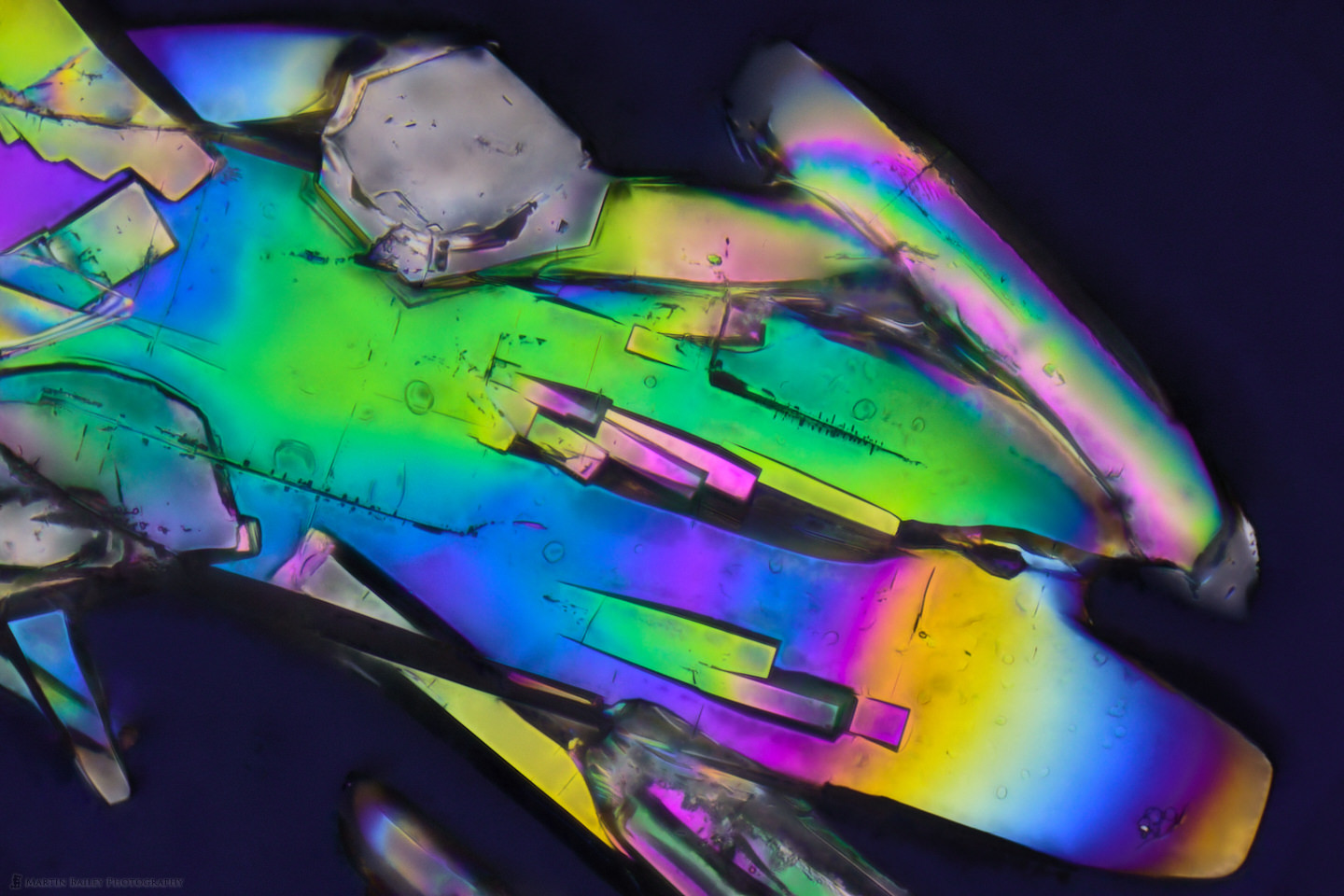 2021 is drawing to an end, and to be honest, in many ways I’m pleased to see this year fall into the past, and looking forward to a brighter 2022, although with my winter tours not possible, we aren’t going to get off to a great start. Still, my yearly top ten selection of my own images is an important part of my year, and I know that some of you listeners and readers enjoy this, so I’m sitting down on December 30 to go through my yearly ritual. Before we jump in on the top ten, I’d like to take a moment to reflect on the year.

I can’t complain. I’m still alive, which isn’t something that 5.4 million others can say. I’m kind of amazed that the world has been in the grip of this virus for two years now, although experts did warn that it would probably take up to three years to get through this. I think my general optimistic tendencies just hoped we’d handle this better. The governments around the world seem to be handling things with varying degrees of incompetence. The Japanese government has actually done a reasonable job of getting more than 80% of the population vaccinated, although they are dragging their feet with the third vaccination. Luckily the people of Japan are far more intelligent than the leaders of the country, and our collective efforts have kept casualties relatively low, although again, people have lost their lives here too. My heart goes out to anyone that has fallen to the pandemic and to their loved ones left behind.

Apart from gaining even more unnecessary pounds through increased lack of exercise, I’ve gotten through the year healthy, considering I have a hole in my sphenoid bone that leaks cerebrospinal fluid if I take enough medication to shrink the remains of my brain tumor to the point that it no longer completely plugs up the hole. I did have a slight dance with the C-word this summer too. I had a hard growth on the side of my nose, near where my glasses perch themselves, and it grew pretty quickly, so I went to the hospital and they quickly whipped it off, then tests showed that there were cancerous cells in the tissue. The dermatologist told me it was what they call pre-cancerous solar keratosis, which would probably become a form of skin cancer if left to its own devices. I’m told that although I may get more, there isn’t really anything to worry about, and that suits me fine. There’s plenty of other stuff to worry about, and as a terminal optimist, I’m pretty good at not worrying too much about things that I have little control over.

I haven’t done so well not getting concerned about my lack of ability to travel and pursue my passion for landscape and wildlife photography. Apart from the much-needed visit to the Tatsusawa Falls in October, it seems that almost every time I try to plan something, the pandemic tightens its grip on us again, putting the mockers on my plans. I’d dearly love to go up to Hokkaido over the next month or two, and am still hoping it can happen, but watching the daily cases of the new omicron strain of COVID increase, I’m not sure it will be possible. Fingers crossed on that one.

Anyway, let’s have a look at my 2021 photographs. This is something that I’ve done each year since 2007, and you can actually see all of my posts on this with this link. I’m running a little short on time as I’ve had a few reports of issues with the software I’ve developed that have taken a bunch of the time I put aside to do this, so I’m not going to go into quite as much detail as I usually do. It’s also a pretty light year anyway, with my new passion of microscope photography somewhat dominating my selection, so we’ll whiz through this relatively quickly.

As usual, I started by creating a folder to drop my first pass of images into. As I work through the year I drop all of the images that I am happy with into a year folder in my Finals catalog, which I keep on a separate SSD to my main shoot drive which contains everything for the year. So far my most productive year was 2018 with 1452 images that I was happy with. For 2021 I have 333 images. The last time I had less than that was 2010 at 230 images, and all years from 2005 and earlier.

After my first pass through my images, I had 66 shots in my selection, and as you can see in this screenshot, it was a pretty colorful crop of images. I’m grateful that I was able to stay somewhat productive with microphotography. I honestly think I’d have gone insane this year if it wasn’t for the joy I found in the microscopic world. It actually reminded me of when I had a somewhat stressful day job and would find it relaxing to simply have the camera in my hand. I wasn’t always shooting the greatest images, but just the act of doing photography was stress-relief in itself.

After my first selection, I went through and removed all of the obvious offenders. I was never going to have four yellow flower shots, for example, but wanted to have another look at all four before picking one or throwing them all out. This was more difficult than I thought it would be, and that is why this is such a valuable exercise. Editing skills are important and although I do this regularly as part of my job, selecting your favorites from a year’s work is never easy, even when the year was as crazy as this one was.

I ended up with 32 images after my second pass. I’d just over halved my selection, but I was stuck to a degree on what to remove next. I was actually not looking forward to this process this year because it’s been such a dry year, but looking at this screenshot, I’m feeling a lot better. Despite the work lacking the grand landscapes and majestic wildlife that I hang my hat on, it’s still quality work in the most part. The difficulty now is in removing some of the images that I know are simply left in the selection for variety.

I kept the more abstract yellow flower shot but the cherry blossom photo really does nothing for me. I can’t justify keeping it in the selection simply to show that I did more than the microscopy work. How I feel about an image as it comes onto the screen is an important indicator, and I feel a slight dip in my mood as that comes on screen, so out it goes. And, as bad as I feel removing it, the woodpecker shot doesn’t really cut the mustard either, so out that goes as well. I also removed the Shinjuku Eye photo from a few weeks ago. I like it, but it doesn’t do that much for me.

From an artistic perspective, as I got down to thirteen images, I decided that the plankton shot had to go too, and the black and white flowerhead shot seemed out of place at this point too. Compared to what’s left, I might as well remove the final abstract yellow flower shot, after all, leaving me with my final ten. That leaves me with just two real-world photos, and the other eight are microscope shots. Of those eight, only the scarab beetle is still something that could just about be seen with the naked eye. I’ll quickly walk you through the final selection before we wrap up for this episode.

We’ll look through these in chronological order rather than a ranking. This first image from the beginning of May was one of the first shots that started to really draw me into the microphotography world. These are citric acid crystals sandwiched between two polarizer filters, which causes these beautiful colors, and the rainbow colors that we’ll see in some of the following images as well. The flower of crystals here grew around a spec of fiber that had gotten onto the microscope slide, and kind of seeded the growth into this particular pattern.

The next image is one of my favorite sodium sulfite crystal shots. The colors are really appealing to me. This was also one of the first shots to show me the potential of these microscopic crystal formations. We’re looking at less than half a millimeter of the world here.

The next image is another sodium sulfite crystal shot, looking like an explosion in space to me. The fact that we can imagine these forms to be pretty much anything is probably part of the attraction for me.

Here’s the scarab beetle I mentioned, which was shot with my stereo microscope as opposed to my compound microscope. I found this beetle dead at the bottom of my apartment steps, which ultimately became my preferred way to shoot insects, as I thought it probably would.

Here is the third and final sodium sulfite crystal shot, which I have actually minted on Foundation, so if you collect NFTs you can check that out on my Foundation page at https://foundation.app/@MBP/~/114844 If this sells for more than 1 Ethereum I’ll send you a large format print as a thank you!

This next shot is one of my wife’s kindly donated gray hairs, which I also sandwiched between two polarizers to create these wacky colors. This was a massive 206 frame focus stack to get the entire knot in focus.

The next image was another eye-opener for me, as I looked at thinly sliced cross-sections of the stem or peduncle of a cucumber to find these vascular bundles. They were stained with light green, as they are almost completely transparent without a bit of stain to help us see them. You can also see the tiny chloroplasts in the cells, which I also got a great higher magnification shot of, but resisted included it in my final selection.

Back to the real-world, here is one of my shots of the Tatsusawa Falls from my October trip that also contributed to keeping me sane this year. These really are beautiful falls and I’m so pleased that I was able to get out there this year.

Here is another real-world shot, which is one of my favorites from a visit to our local park while the autumnal color was gracing us with its presence.

And finally, we travel down into The Abyss, which is actually the microscopic gap between two citric acid crystal formations.

OK, so that’s my top ten for 2021. A very different year from previous years, but as my selection shows, microscope photography is probably here to stay as one of my chosen photographic genres. That’s not to say that I’m not chomping at the bit to get back out into the field, but under the circumstances, I’m relatively happy with the year.

As usual, I invite anyone who has selected your own top ten to leave a comment and share your work with me and the rest of the audience. And finally, a huge thank you to our new Patreon supporters Larry, Char, and Paul, who, along with the rest of the patrons are awesome supporters of the Martin Bailey Photography Podcast!

Get this post's short-link:
← Shooting Spaces with Rich Baum and Brian Berkowitz (Podcast 764) How to Use a Canon Camera as a Webcam (Podcast 766) →
Become a Patron