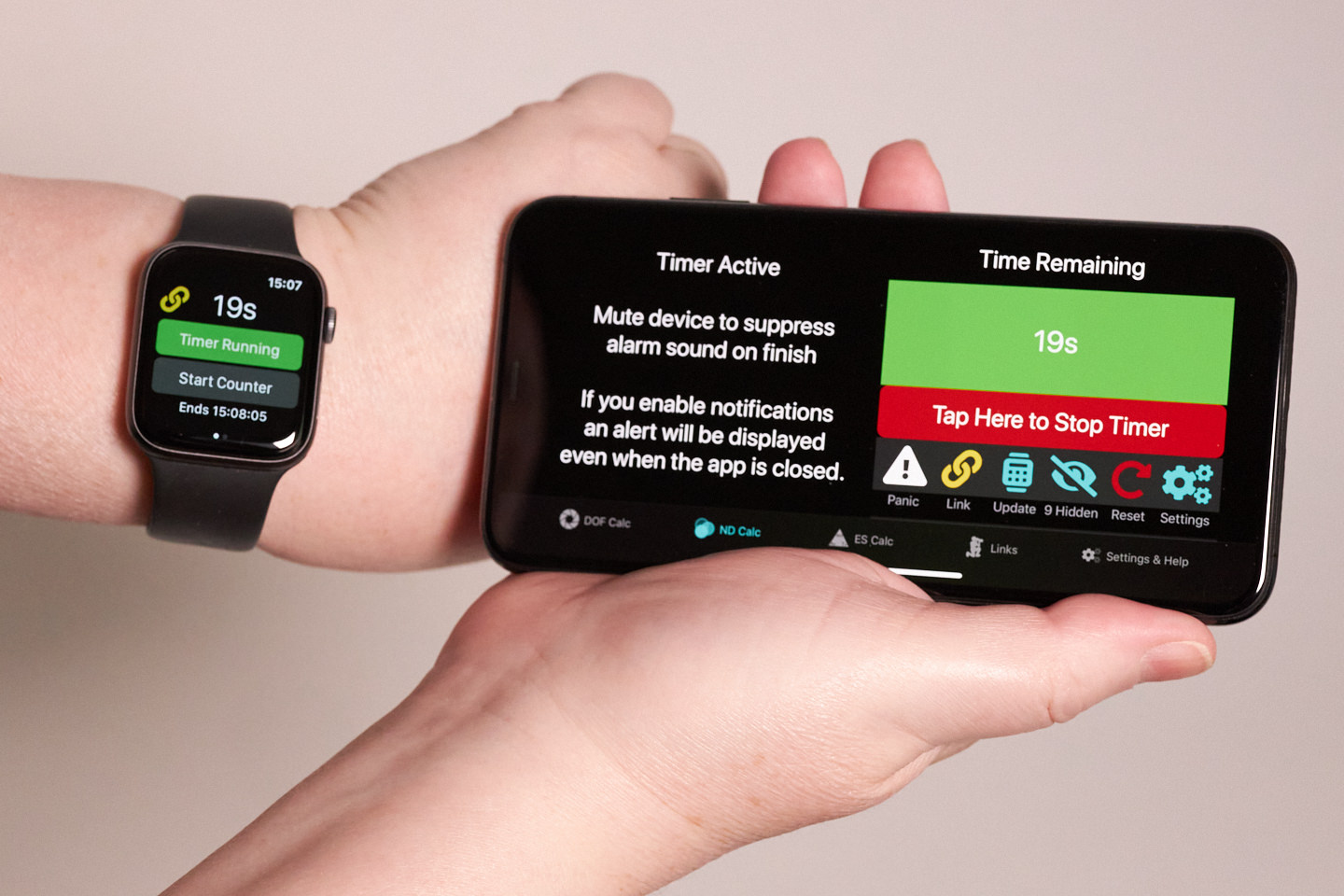 My name is Martin and I’m a workaholic. Semi-seriously, I’m quite concerned by my inability to drag myself away from the development work that I’m doing on our Photographer’s Friend iOS app. It’s ruling my life and taking up my weekends, evenings, and pretty much every other waking minute, until something becomes so urgent that I have to walk away and take care of business. The Podcast is suffering too, because I’m not able to do anything outside of this coding, but I can’t promise to fix that straight away, as I have some more to do before I can relax a little.

I was doing silent screams at my desk every day last week as the evening drew near and I still hadn’t created this episode, in which I wanted to announce the winners of the free Capture One Pro license that I have to give away. We’ll get to that first today though, and then I will give you a sneak peak at what I’m doing with Photographer’s Friend, as there is some pretty cool stuff that is now mostly working, but the release format is still up in the air as I struggle with Apple’s In-App Purchases testing environment. Anyway, without any further ado, I’d like to announce the winner of Capture One Pro.

And the Winner Is…

I have dragged my feet on announcing the winner of the free license also because I had a really hard time deciding who to give the license to, partly because there were ultimately only two people in the race, Juan and Thysje. If you’d like to read their comments about their experiences trying Capture One Pro please visit the post for Episode 702 and scroll down to the comments. Both made some great points and submitted lovely photos to back up their comments. Because I found it so difficult to chose, and because there were only two people in the race, I decided to simply flip a beautiful Moroccan coin that I have to get a winner. I’m doing this as I write, so we’re going to make Thysje the side of the coin with a star on it, and Juan can be the side with King Mohammed-V on it. Here goes…

And the winner is Juan Ernesto!

Congratulations Juan! I’m so please to be able to award you with this Capture One Pro license, which I have just sent to you by email, and I would like to thank the Phase One team as well for making this possible. Please report back at some point about your continued success using the product, and we can maybe do an interview about your experiences at some point as well, if you’re up for that.

OK, so I’ll try to keep this relatively short, but as I have always tried to update you on what I’m up to via this blog and podcast, let me tell you about the update to our Photographer’s Friend app that I’ve been working on pretty much every waking our for the last three months. After my big update at the start of this year, I started this current update with a tiny goal to add a feature that I thought might be useful, which is a way to permanently link the Hyperlocal Distance label to the Focus Distance dial in the Depth of Field Calculator. Until now, to update the Focus Distance dial with the current Hyperlocal Distance based on the sensor format, aperture and focal length, you had to tap the Hyperlocal Distance label, and then if you changed a setting invalidating the distance, the link was automatically broken.

Now, there is a padlock on the Hyperlocal Distance readout that can be tapped or long-pressed to engage, and after that, the Focus Distance dial automatically stays in sync with the other dials while the label is tapped and engaged, even if you have Pixel Peeper mode turned on, which uses the megapixels of your sensor to give a the most accurate Depth of Field information available in any app that I’m aware of. Now, this change didn’t take me that long, and I fixed a few other minor issues as well, back in March, after I got back from my final Japan Winter Wildlife Tour for this year.

Then, I thought, you know what, if I’m going to submit an update, I might as well sneak in a few other things that I’ve been meaning to do, and that turned out to be a three-month long rabbit-hole, and I’m actually still trying to dig myself out. I am incredibly proud of what I’ve been able to do, and because most of it is already working, I’m happy to share some details with you today as well, but there are a few things that I have still to overcome, so it’s probably going to be another week or two before I can get this released.

Anyway, the new feature that has taken the most time for any single feature, is a new extension for Apple Watch to link the Neutral Density filter Calculator to the watch, so that you can time long exposure photographs from your watch, instead of having to reach for your phone each time you want to run the timer, and also you don’t even have to keep your phone out during the exposure, while using the extension on the watch. You still have to apply filters on the iPhone, but there is a link button that comes to life when the Watch Extension is installed and active, that allows you to link the two timers, Here’s a photo of the two timers in action, linked and synchronized.

Also notice the fancy new Font Awesome icons, which I’m gradually working into the app, giving it a more intuitive and smarter looking interface where possible, compared to the mostly button based interface that we’ve used so far. If you don’t have an Apple Watch, half of the icons you see in the above photo will never be displayed, and even if you do have a watch, some of them hide when it’s not connected and can also be manually hidden.

You can tap that gold link to break the link and run the timers individually, and you can also simply start a counter, which counts up on the watch, then save that counter as a new custom timer. You can also swipe a settings screen in from the right on the Apple Watch, and set a custom timer directly as well, so if you just need a quick timer, we have you covered. Here’s a screenshot from the watch Settings screen.

If interest in the Watch Extension is high, I will probably eventually create a standalone ND Calculator specifically for the watch, now that I know how to program for this somewhat restricted little device. I also want to go on and create an extension for the Depth of Field calculator, but that is a little way out yet.

Also notice how the screen has split itself into two portions and intelligently placed them side-by-side in landscape orientation of the iOS app. There is also an option to switch which side the controls drop down to, so left handed users can have the controls drop down to the left hand side of the screen, rather than the right. For the ND Calculator, you can also two-finger drag the controls section and move it from the top to the bottom and back again, and the left-right handed stuff still works as expected.

This Smart Rotation is a new feature that is going to be part of a Pro version which I’m hoping to sell as an In-App Purchase. I’ve put too much work into this update to throw it out for free. The Watch Extension was always planned to be a paid extension, because I don’t want to charge people that don’t need the watch extension, for the watch extension, although I’m still working on this for both apps, and have a few more hurdles to clear before I can say for sure what the final release will look like. The technology is in place, to split the functionality based on the owned product, but there is more tweaking to do on the IAP testing process, which is my next job after releasing this post.

The other major change, and again, I’m still working on the release strategy, is that I now have a Mac OS X version of Photographer’s Friend, thanks to Apple’s new Catalyst technology, allowing iOS apps to run on the Mac. There’s additional work involved, so it won’t be completely free, but as an educational tool there is definitely a place for a Mac version, and I’ve found myself using it on the Mac as I’ve worked on this, so I’m looking forward to getting this out too.

Here is a screenshot of the Depth of Field Calculator on the Mac OS. If you’ve ever used Photographer’s Friend on an iPad, especially the iPad Pro with the large screen, you’ll have noticed that the text and numbers on the labels were really small. I figured out how to make it bigger on larger screens now though, so text is now much bigger on the iPad and Mac OS.

And, the Smart Resize is also available on the iPad and Mac OS for Photographer’s Friend Pro owners. This is great for a teaching environment when you might be showing your screen at say a camera club talk, and you can literally resize to say just a thin strip across the bottom of the screen, and the layout just works with you. Smart Rotation is also a great feature for use in the field, when we can finally get back out there, of course.

I’m working the Smart Rotation into as many screens as I can, so as with these screenshots, even the settings screens are looking pretty fancy when in landscape orientation, compared to the squished down portrait orientation screens that are in the currently released version. These are iPhone screenshots by the way. I’m still working on this for the Mac OS version settings screens, but hopefully it will be included in the upcoming release as soon as I can iron out these last few issues that I’m working on.

As I say, some of this has taken so much work that it won’t all be free, although some of these changes may be integrated into an update for the currently available app for free if you already own Photographer’s Friend, and if I can figure out how to do the rest of what I want to do via In-App Purchases. All will be clear in the next few weeks hopefully. If you don’t yet own Photographer’s Friend and want to hear more when I release the update, please subscribe to my newsletter. Also sign up if you want to know when I finally get you an Android version. I promise that this will be the next thing I work on once I get this release out.

Get this post's short-link:
← More Work Smart Ideas for Mac and Wordpress (Podcast 705) THE TIME IS NOW - Speaking Out on Racism (Podcast 707) →
Become a Patron