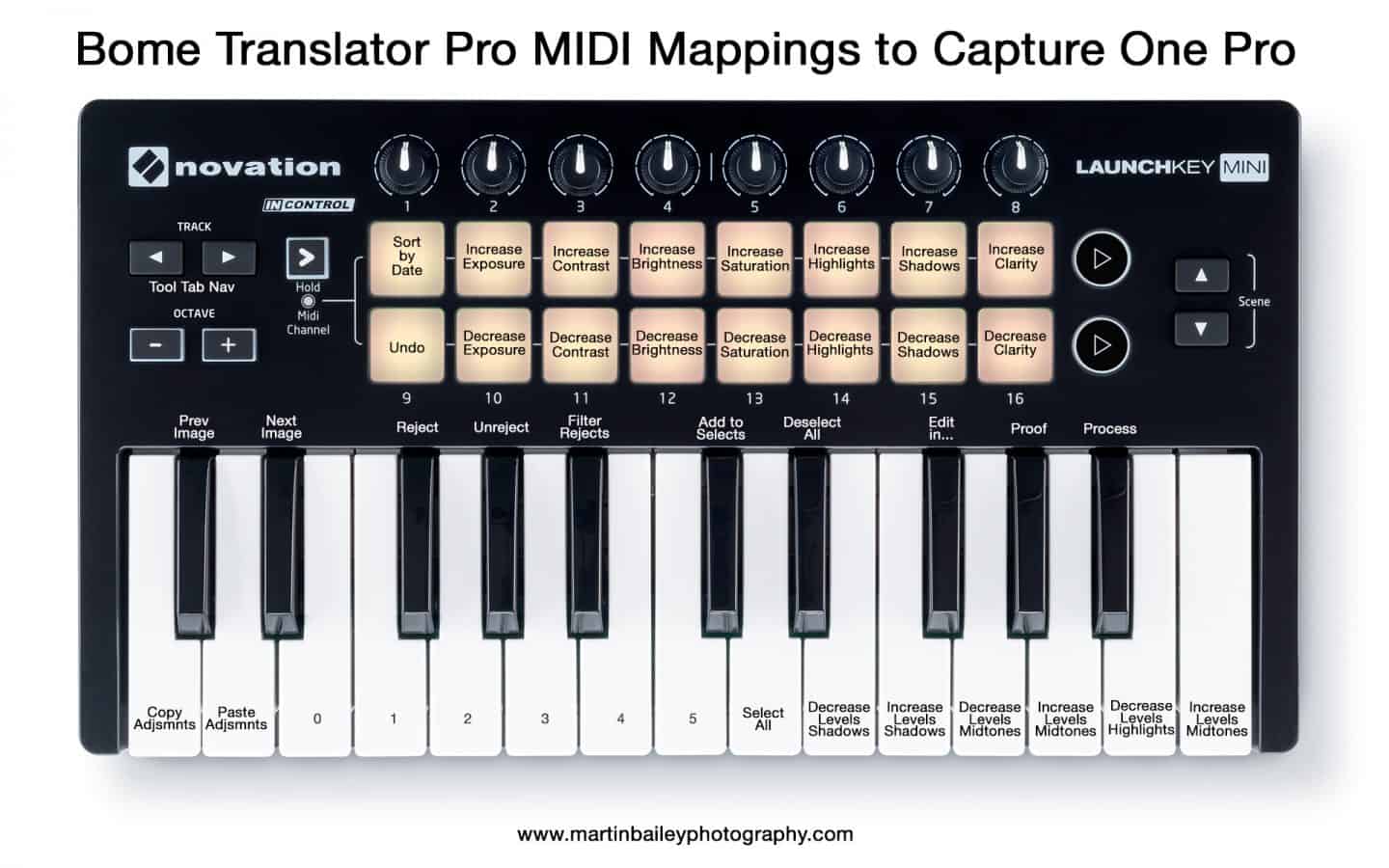 Controlling Capture One Pro with a MIDI Keyboard (Podcast 619)

Today we're going to explore an exciting way to use a MIDI controller that you might have lying around to controller Capture One Pro. You could, in fact, use this method to control pretty much any application that accepts keyboard shortcuts, but I love speeding up my workflow, so...

Martin Bailey is a nature and wildlife photographer and educator based in Tokyo. He's a pioneering Podcaster and blogger, and an X-Rite Coloratti member.
PrevPreviousCreating Capture One Pro Camera Profiles with Lumariver (Podcast 618)
NextApps to Help You Work Faster (Podcast 620)Next