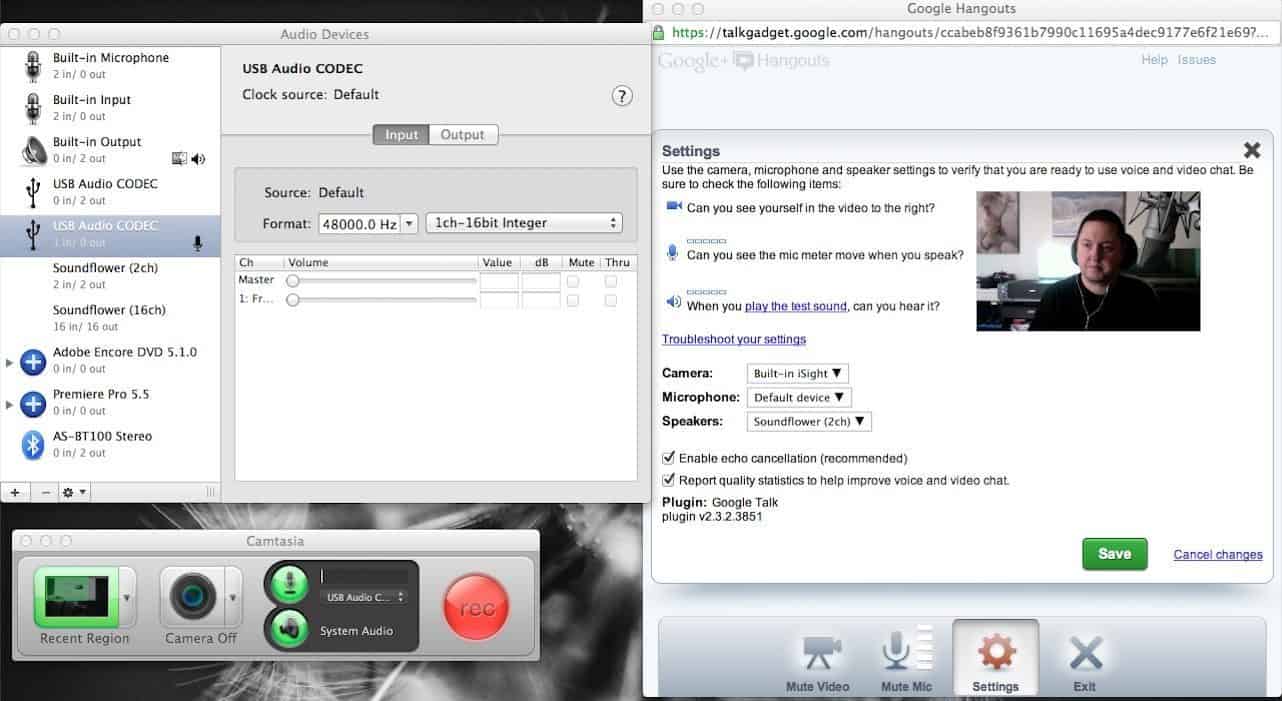 I spent today trying to figure out how to record a Google+ Hangout. The biggest problem was recording both my audio from my mic, and the audio coming in through my system from the Hangout. I thought I’d cracked it early on, but the key turned out to be in the audio settings for the Hangout in the browser, as well as the software I used.

I also use Techsmith’s Camtasia for the Mac, so I really wanted to make this work with Camtasia, to save me from buying another application just for this. Another part to the puzzle was clicking the System Audio button in the Camtasia recording dialog. This prompted Camtasia to install an add-on called Soundflower. The settings for Soundflower appear to be hidden while recording, but Camtasia switches to Soundflower as the audio device during the recording.

Anyway, I show you all of these settings in the video that I captured during my adventures today. I know this isn’t exactly photography related, but I think there are enough people trying to do this at the moment that it’s worth putting this out there.

in the video window to go, erm, full-screen.

Note that there is an iPod/iPhone version of this video in iTunes, but when watching on a computer, the video above is better.

Here’s the screenshot that I referenced during the video to show you the settings before starting the recording. Click it to view full size. 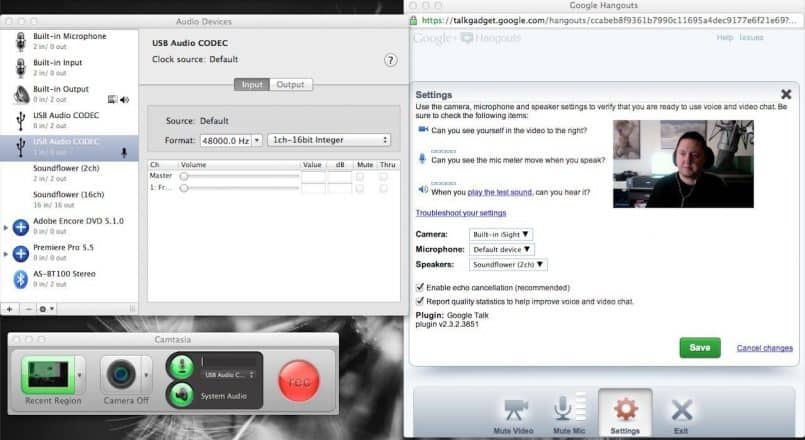 By the way, if you are looking for an invite to Google+, click here: https://plus.google.com/i/rs1VTPLvrPA:hbBRmqxgaU4 (When these invites run out, leave a comment, and I’ll see if I can get an updated link.)

Here’s a link to the software that Jarvie showed us his images with, including his embedded webcam video — WebcamMax: http://www.webcammax.com/

I have searched for something similar to the for the Mac, and could only find CamTwist. It takes a bit of setting up, but it works well once you figure it out. Find it here: http://camtwiststudio.com/download/

Here’s a link to the Sleeping Sea Lion Project photos that Mike Spinak mentioned in the Hangout. Wonderful work Mike!!