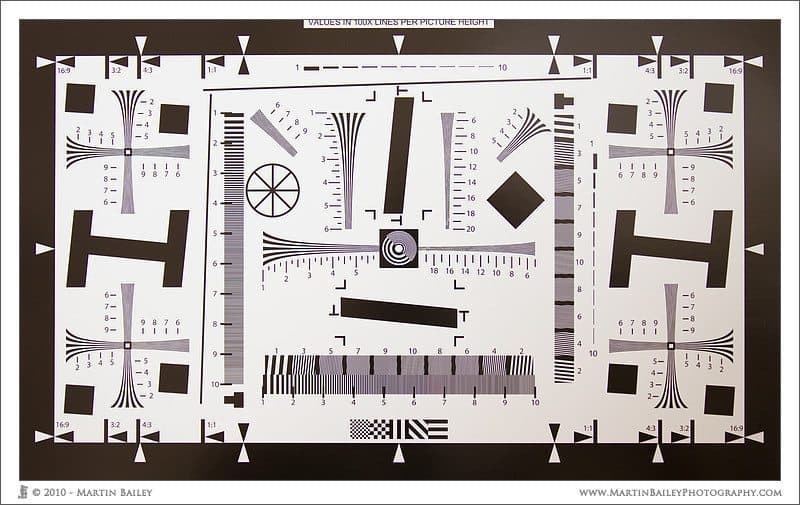 Last week, I released a review of the new Canon EF 70-200mm F2.8L IS II USM lens, and was asked how the version II of Canon’s workhorse lens fairs with Canon’s Extenders (teleconverters)? I’m pleased the reader/listener asked quickly, as I sold this lens on Saturday, but before I took it to the store to which I sold it, I did a few more tests, but with the converters attached this time, so today I’m going to share those results with you as well.

I would like to remind you before we start that these tests take a lot of time and effort, so if you intend to buy this lens and you shop with B&H, please use the link at the bottom of the post, which although does not affect the amount you pay in any way, will send a little commission my way, to help offset the costs of doing these reviews and Web site fees etc. In fact, if you buy anything from B&H, clicking through from the tile here on my blog will earn me a little commission. It’s a great way to help out without digging into your own pockets. If do you want to help out, but don’t shop at B&H, although I rarely mention this, there are donation buttons to the right here on my blog and on my Podcasts page. This Podcast and Blog will essentially always be free, but people have asked for donation buttons in the past, so I made them available. Note too that I add the name of people that are kind enough to make donations to my Thanks page.

So, I was really pleased that I was reminded to test the new Version II 70-200mm lens, before I sold it on, as I used to use mine with the 1.4X Extender regularly, with my old 5D. It was partly because I could use the old 70-200 with the 1.4X Extender that I sold my old 100-400mm lens. I’d not taken both out with me since 2006. I stopped using the 70-200mm with the Extender though, once I upgraded to the 1Ds Mark III and the 5D Mark II at 21MP, they basically out-resolved the old 70-200mm F2.8 lens even without the Extender, so it goes without saying that images using the 1.4X Extender were just not usable. It was because of this that I’d failed to think of this combination when I did my original tests, but I was pleasantly surprised by the results I found on Saturday morning.

Again, I created some animated GIF files to show you the difference between the two lenses. The first one here shows the center of images shot at 70mm, or 98mm with the 1.4X magnification, 115mm or 160mm with the Extender and 200mm, which of course becomes 280mm with the Extender fitted. All of the images here were shot wide open, at F4, which is the widest aperture available when using the 1.4X Extender.

Also note that I moved back a little when shooting at each of the focal lengths, to fill the frame with the chart, but could only move back so far because of my kitchen wall, so the resulting images are not an accurate representation of the relative magnification of the Extenders.

You can see that there is a big difference between the old version and the new version of this lens, when shooting with the 1.4X Extender fitted. At the extremes of the focal length, 98mm to 280mm, the lens is still extremely sharp, even with the 1.4X Extender fitted, and the lens wide open at F4. The interesting thing here, as with my findings last week without the extenders, is that the middle focal length of 115mm is actually the weakest. It’s still sharper than the version I 70-200, and very usable in my opinion, but it’s not quite tack sharp, as are the extreme focal lengths.

Although the new version of the 70-200 is sharp wide open at the extremes, usually, lenses get a little sharper with Extenders when you stop the lenses aperture down a little, so next we have six comparisons of the three focal lengths through the entire aperture range, from F4 to F32, in full stops. First is the old version I lens, at 70mm or 98mm with magnification, and you can see that it does sharpen up just a tad at F5.6, to an almost acceptable amount. F8 and F11 are also quite good. F16 and F22 start to lose contrast as well as soften up again, and F32 is pretty much unusable. It’s very soft with little contrast.

Here are the results from the Version II 70-200mm lens, again at 70mm (98mm) through the entire aperture range. Even at F4 the results are very good. If anything, it gains a little contrast when you stop down to F5.6, and perhaps just a tad sharper. F8 and F11 are still good, but perhaps a little less sharp and lower contrast than F5.6, so the old advice of stopping down to F8 when using the Extender may no longer be valid. F16 through F22 start to lose more contrast and sharpness, though probably still usable, and F32 is perhaps usable at a stretch, but probably best avoided. I’m sure you’ll agree this is a huge improvement over the Version I lens though.

Next we see the Version I 70-200mm F2.8 lens again cycling through the entire aperture range, in full stops at 115mm or 160mm with the magnification calculated in.

In contrast to the new version, the old version I lens is best in the middle focal length, being relatively sharp at F4, sharper still at F5.6 and F8, then slowly tapering off again from F11 through F22, then dropping considerably at F32. This range with this lens  is actually pretty close to the new version of this lens, with the exception that the Version II lens is considerably sharper at F4. This is good news for me, as I shoot wide open most of the time, but if you stop down a lot, especially when using an Extender, remember that the old version is pretty good in the middle focal length range, but weak at the extremes.

OK, so next let’s look at the pair of animations from the two lenses at 200mm or 280mm. First from the Version I lens, we can see that although it gives a poor show wide open at F4, it improves slightly through F5.6 and F8, but then really sharpens up quite a lot at F11 and even F16, though it does start to lose contrast from F16, up through to F32. If you own the first version of this lens though, and use it with the 1.4X Extender, note that F11 is pretty usable when zoomed out fully to 200mm, for an effective 280mm focal length.

We can see from the next animation though, that at 200mm, or an effective 280mm, the Version II lens gives excellent results again. F4 through to F8 are excellent, F11 drops in contrast slightly, with F16 and F22 a little worse, then F32 pretty low in contrast, with sharpness also gradually dropping off through F16 to F32. Still though, this is very usable, and when you consider that you’ll usually be using an extender to get that extra reach, this result on the long end is very encouraging.

All in all, despite the middle focal length being a little disappointing, I think it’s safe to say that the 70-200mm F2.8L Version II lens can be used with a 1.4X extender with little concern of image quality dropping too much.

So what about the 2X Extender? Below, first we have an animation showing the difference between Versions I and II of this lens, with the 2X Extender fitted, shooting wide open at F5.6, which is the maximum aperture when using this Extender. Here you can see that the original Version I lens gives a pretty poor show with the 2X Extender. Most lenses do actually. The only lens I own that I can comfortably use the 2X Extender with is the 300mm F2.8L lens. It produces slightly hard, contrasty edges, but is certainly sharp enough to be usable, especially when I need 600mm but don’t have the big-guns with me. It’s hand-holdable too, if you can get a fast enough shutter speed.

Anyway, we can see here that the Version II lens is absolutely acceptably sharp with the 2X Extender fitted, zoomed out fully, for an effective focal length of 400mm.

The next animation shows you the old Version I lens at 400mm, cycling through all apertures from F5.6 to F32, in full stops. Although it does start to sharpen up a little as you stop the lens down, even as much as F32, the contrast starts to drop off too much, and I personally think this combination is just not usable, even in a push, and certainly not hand-held. By the time you get an image even anything remotely resembling sharp, you are stopped down so far that you’d need a multi-second exposure even in good sunlight.

This last animation shows the Version II lens with the 2X Extender stopping down from F5.6 to F32. As I mentioned earlier, F5.6 is very usable, and F8 is perhaps a little better, and F11 is similar to F5.6, then it starts to drop at F16 and F22 is a pretty soft with low contrast. F32 is a little too soft and lacks too much contrast for comfort. Otherwise though, I’d say this is a pretty usable combination.

I will try using both Extenders in the field in the coming weeks as well, and will certainly report my findings back later based on some real-world examples, especially if I find that field use doesn’t quite match what my tests here have shown. In general though I’d say that these tests confirm that the old 70-200mm F2.8L lens was not really usable with Extenders, although it did perform pretty well in the mid focal length range. It also shows us that the Version II 70-200mm F2.8L lens is very usable with the 1.4X Extender and looking pretty good with the 2X Extender as well, which is great for when you just don’t want to take out the longer glass. It is also a viable alternative to the 100-400mm lens in my opinion, which I was not happy with after the days that I used it with my 20D, at 8 mega pixels, which it could just about cope with. There are sharp spots with the 100-400mm, and the slight amount of sharpness is certainly offset by the versatility of the lens, but I won’t miss mine, until Canon decide to release a version II of the 100-400mm as well. That would get me thinking.

Buying this lens from B&H? Use this link and support this Web site (does not affect the cost of the lens): http://bit.ly/mbp70-200