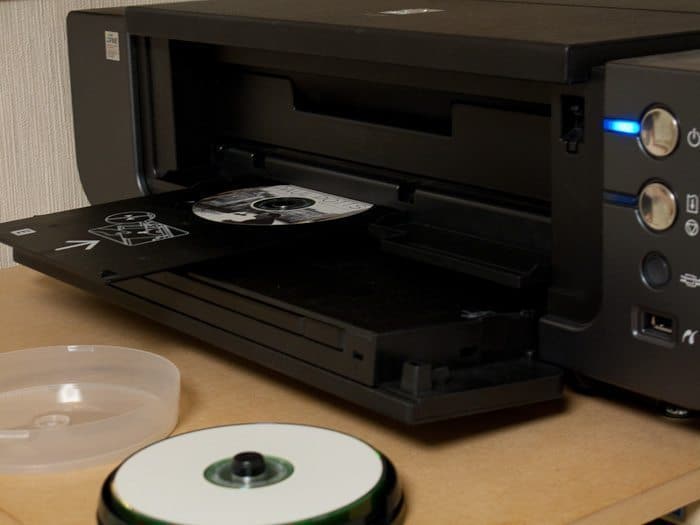 Things are getting so easy! This is a good thing of course, most of the time…

When I first bought my Canon Pixus Pro 9500 printer, the first time I had to change an ink cartridge I was lost. I’d been used to having to press buttons for a number of seconds etc. to get the print head into a position that allowed me to change the ink cartridge. Once done, I had to press a button to get the head back to the home position and ready to go again. This of course is easy enough, but when I first got my old printer, I had to read the manual to find out how to do this.

With the Pixus Pro 9500 I opened the digital manual and started looking and it still wasn’t obvious. Being a tad on the impatient side, I stood up and lifted the top cover of the printer to see if there were any instructions in there. As I did so, the print head moved into the cartridge changing position and the cartridge that was empty was flashing at me!

A little cautious, because it really did seem too easy, I flicked the little plastic latch to pop the cartridge out, and dropped in the new one. The light in front of the new cartridge started flashing, and as I lowered the lid, the heads started to move and I could hear the mechanical sound of the heads doing their stuff to intake the ink from the new cartridge. (Probably wasting a load from the other good ones too!)

The point is, it was so easy, it was almost difficult!

Conversely, I actually like to open the top of the printer and look inside as my print develops. Of course, I can no longer do this, because I get shouted out by the printer for opening the top cover while printing! I guess a youngster could stick their hand in there as well, so it’s probably for the best. Ho hum.

Anyway, I was just reminded of this when this evening I printed a CD label, and started wondering again how I do it with the 9500. I don’t do this often, and had momentarily forgotten. I recalled that you have to pull a flap down on the front of the printer to reveal the CD tray slot. The tray itself is stowed neatly underneath the printer in special grooves.

As I pulled the flap down, again the printer started jiggling around readying itself for the CD. I cranked up the Canon CD printing software, attached the artwork from the new Paul Potts CD from iTunes, and arranged a makeshift label, pressed print, and got a message telling me not to put the CD tray into the slot yet. I whipped it back out quickly, because of course I’d already impatiently crammed it in, as you do. Then a few minutes later the message changed showing me where to stick my CD tray. In it went, and a minute or so later I had a beautiful new printed CD.

Easy as anything, and definitely much better than a few years ago, but really, sometimes things are so easy that until I get used to things, I sometimes find myself floundering.

Get this post's short-link:
← Interview with Jon Sheer (JRaptor) (Podcast 194) Bitter-Sweet Feelings for an Old iPhone Photo →
Become a Patron