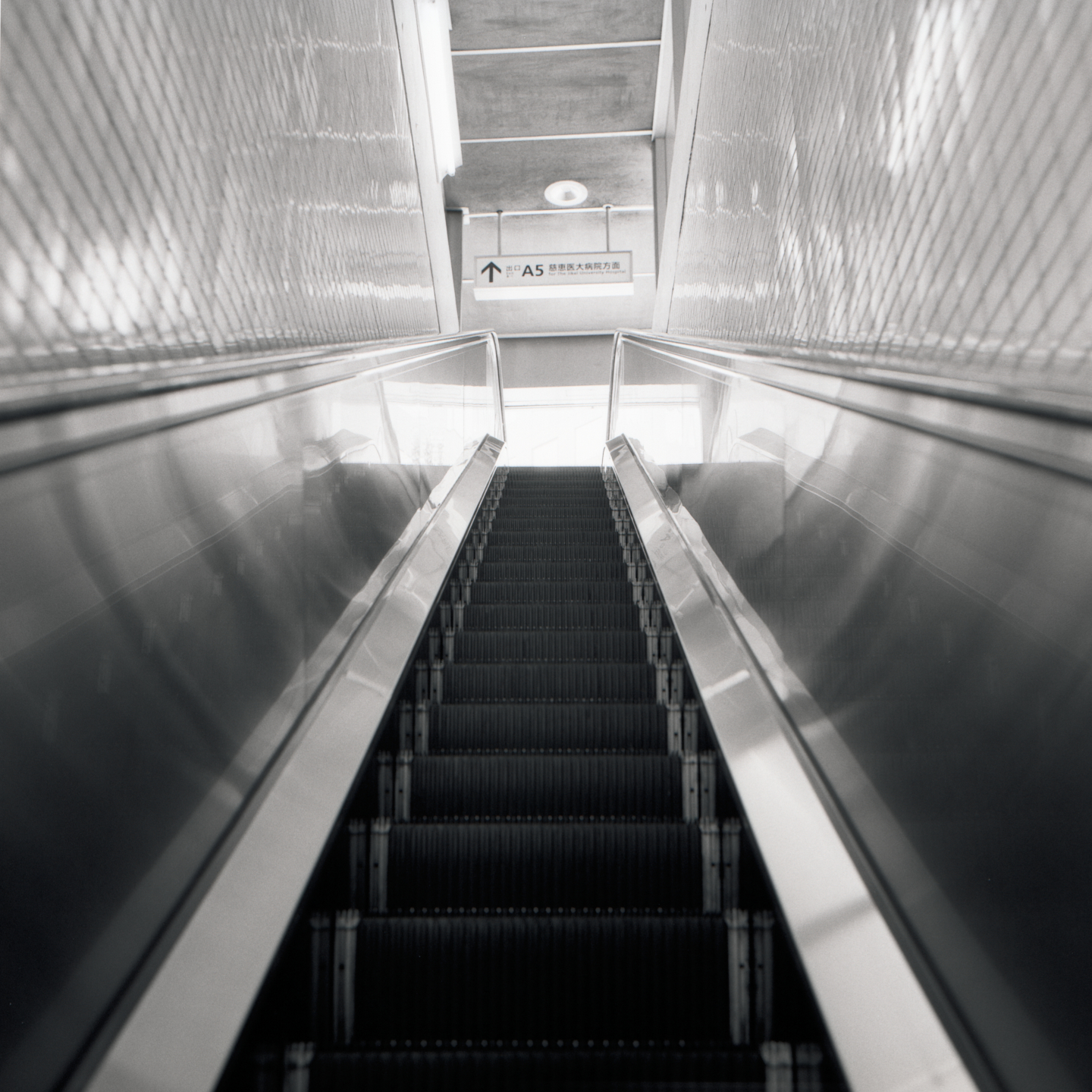 It has been a crazy month! I finalized my tenth fiscal year’s accounts with my Tax Accountant, and also visited a Judicial Scrivener to extend my position as the head of Martin Bailey Photography K.K. because apparently, here in Japan, you are automatically fired on the day that you hold the last meeting of the shareholders, which is me, but as these are official procedures, we have to document them, and in turn, file the appropriate papers. The funny thing is if I don’t actually go ahead and fire myself, and fail to visit the scrivener and pay him to reinstate myself as the CEO of my own company, I get fined around $300 by the government and my company is put into liquidation. Luckily for me, I work with a tax accountant that keeps an eye on all of these things for me, because without him, I’d miss all of these things.

Having also spent most of the last three months in self-isolation, spending my time working on a big update to my Photographer’s Friend app, I also have the remnants of that pesky little brain tumor to look after, and that means a quarterly visit to the hospital in the middle of Tokyo, so I figured it would be a good opportunity to push a roll of medium format film through my Rolleiflex, and see what I could do with Tokyo under in the shadow of the Corona Virus. Unfortunately, despite the countless negative aspects of the virus, like death and financial ruin, which I obviously do not want to belittle, it turned out to be a relatively pleasant trip into the city.

Sitting on the train in the morning rush-hour, rather than standing, sardine-style, was the first bonus. Many people continue to work remotely, and as you can see from this first photo of the ticket gates on the exit of the Onarimon Station, the number of people in transit is still very low, despite us now having our travel restrictions lifted. From June 19, we are once again able to travel between prefectures here in Japan, so the trains are starting to gradually fill again. I live on the border of what is essentially the state of Tokyo, with the neighboring Kanagawa Prefecture, and jumped into my car on the 19th to go and grab something from a store just over the border, and the roads were packed! I estimated that it would take me at least 90 minutes to run a ten-minute errand, so I swung the car around and went home. It wasn’t important to do it on that day.

As I walked up the stairs from the platform just before shooting this image, there was actually no-one around these ticket gates. It was completely surreal, but as I took the cover off my Rollei and set the exposure these people appeared from no-where, and still only accounted for probably 10% of the number of people I usually see going through these gates at this time of day, but the affects that the virus has had on Tokyo are pretty obvious, including the masks, although around half of these people would have been wearing masks anyway, even before the virus.

This next shot from a few minutes later was another rarity. I could have walked up this escalator unhindered, while usually there’s a person on almost every step. It was a nice chance to capture the metallic sheen of the sides of the escalator and the light radiating from the exit opening. On a technical note, at times like this, I am relying pretty much on the light meter built into my 56-year-old Rolleiflex, and I am always impressed with how accurate it is, even in conditions like this. I really like how we can see the detail in the dark steps as well as all the highlights as the scene gets brighter.

Before we go on, let me explain that I’m going to quickly go through all twelve images from the roll of Rollei RPX 100 film that I shot, but like this one, they aren’t all great shots. I’m going to share them all anyway, to show you my thought process and that really needs to include the lesser images as well. Here I noticed a sparrow jumping around on top of the walkway connecting the fourth floor of the hospital to another building. The sparrow is pretty much unrecognizable, just below the center of the frame, but I was literally struck by the fact that these tiny birds spend their days in the metropolis, so minute compared to their surroundings, and wondered if they realized that they lived in one of the largest cities on the planet. Of course, they don’t, but the scale struck me, to the point that I thought it was worth a frame.

I walked along to a window in the middle of the fifth floor, and shot the following two images. I was struck by how few people there were on the streets again. This isn’t a particularly busy area of Tokyo anyway, but when I first looked, there was a taxi and a truck, and just a few people. I also liked the vantage point, so I initially grabbed this frame.

After that shot though, a number of people did walk into the scene, though again it felt sparse, and almost baron, so I grabbed a second frame of the same scene. I timed it so that the person crossing the road in the foreground was in approximately the same location as the taxi in the first frame.

After a chat with my doctor and on my way to the pharmacy to pick-up my medication, I shot a few scenes that I’d noticed on the way to the hospital. As usual, the light had been better earlier, but I was already late and thought it better to leave these shots until afterwards. I’m still relatively happy with them though. Here I found the contrast between the older dark building on the left, with the newer light colored building on the right interesting, and the Mori Tower building peeping over the top of the building in the back.

This is the other side of the same building, and I was attracted to this by the rugged feel with the pipes and vents attached to the outside of the buildings. I don’t photograph the city often, but I do find these rugged industrial aspects appealing. Also, although I’m not a huge fan of grain, I find the grain that is visible towards the bottom of this image quite appealing. I’ve been using the Silverfast scanning software on recommendation from listeners following an earlier blog post, and although I had some initial concerns, I am pretty happy with the workflow and results now, so next week I’ll talk about that process a little.

I was reminded of that software by talking about the grain, because I had some images that were too grainy compared to the Canon scanning software, but as I get accustomed to the settings, Sliverfast does seem to provide quite pleasing film grain, rather than smoothing it over, as the Canon software does, and I think I’ve learned to appreciate this.

Here’s another angle of the same building, this time showing more of the pipes on the right side and more of the Mori Tower building in the distance. Again it’s the industrial feel of this shot that appealing to me, but I prefer the balance in the previous shot.

I then recalled the angles and juxtaposition of the two buildings that I shot square-on earlier, and walked back to shoot that, as you can see in this next frame. I found this appealing as I walked to the hospital, but had forgotten about it, not noticing as I walked in the opposite direction, and then I remembered to look back, and realized that I had forgotten this. I like the angles and again, the play between the darker older building and the newer lighter building.

It’s not very noticeable, but I was using an orange filter on the taking lens of the Rollei trying to darken the sky down a little, but this is the only shot in which I can really see the effect. I also like that the light meter built into the Rollei has an exposure compensation dial, so I can dial in two-thirds of a stop to compensate for the filter. Not bad for a camera that is three year’s older than I am.

As I turned, I saw the two similar staircases on this foreground and distant building, and grabbed a quick shot here too. Again I also like the light and dark, almost yin and yang style aspects here too. I cropped this in by around 15% on the top and left side to make it more symmetrical and to remove some annoying features on the top and left side. It’s nice working with the 75mm prime lens, which is the equivalent of a 50mm lens on a 35 mm system, but sometimes I have to crop in a little like this, but not often.

Back in the Onarimon Station, I was again surprised by how few people there were on the platform, leading to shot number eleven below. At this time of day this isn’t a busy station, but still, it felt overly empty due to the stay home policy in Tokyo, and general caution of the population here.

I used the last shot of the roll to get the train coming in to the station at Jinbouchou, that we would ride home through the city and out to the west where we live. At ISO 100 even at f/3.5 I was only able to get a shutter speed of an 1/8 of a second, so the train is blurred. I’d hoped this would turn out a little more artistic, but this is what I ended up with.

I kind of regretted using that last frame on the train as I saw an opportunity for a self-portrait as we went through the dark tunnels of the underground, turning the windows into mirrors, and the lack of people on the train made it the perfect opportunity, but I didn’t think it was worth putting a second roll of film into the Rollei, and even if I had, I would not have finished the roll, so I left it out.

I enjoyed giving myself this little project, as the limitation of the 12 frames to try and form a cohesive set of images is a nice challenge, and I also like to try and make as many decent images as I can. With digital I’m still a careful photographer, but when every frame costs a few dollars, especially when you consider the cost of chemicals as well, it makes you just a little bit more cautious.

I processed the film when I got home late yesterday afternoon, and scanned it in this morning, on Saturday the 27th of June, 2020. [For some weird reason I originally wrote September!] It’s strange that the development work that I am doing has turned into my main job, and the Podcast and Blog is being forced back to my weekend work, like when I had a day job until ten years ago. It’s probably going to stay that way for a little while longer though, as I try to get this latest release finished. I have have all but one feature completed, and I’m hoping to release Photographer’s Friend 3.5 in the next couple of weeks, so please stay tuned for that.

You can see the Silverfast scanning software that I’ll talk about next week here: https://www.silverfast.com