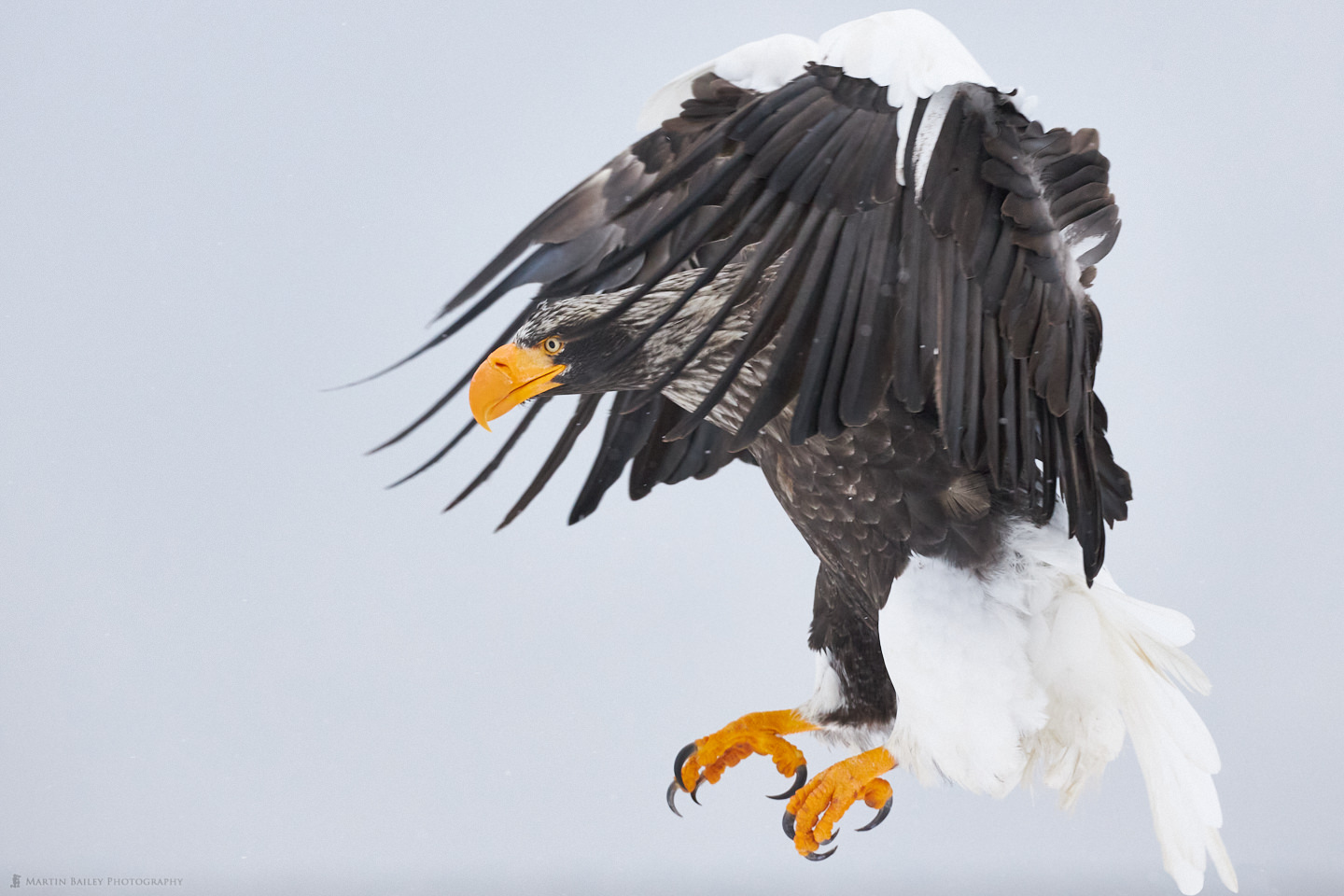 I’m sitting in my studio on the second day of March 2020, having just completed this year’s three Japan Winter Tours. Despite this being the warmest winter for 60 years, and having no snow for the Snow Monkeys on one of our visits, all in all, it turned out to be an awesome winter tour season, and I have around 550 images from the three tours that I absolutely love. It was not without its challenges, and a great deal of luck helped to provide me and my groups with opportunities that I feel incredibly grateful for, and I’m completely stoked that the participants on my tours managed to come away with many images that I know they’ll treasure as much as I do mine.

Choosing to update our iOS app Photographer’s Friend between the second and third tours was a silly decision to make at such a busy time for me, but the changes I made were well worth it, and I’ve just finished writing an email to a user that helped me to think of another tweak that I’m now itching to code, but I’m going to try my best not to let that rule me too much over the next few weeks, and my goal is to put out at least five episodes of the podcast this month, to make up for only releasing two each month for January and February, as I am committed to releasing a minimum of three per month for our MBP Pro members, so let’s get to it.

We pick up the trail on February 2, as we arrived at Lake Kussharo to photograph the Whooper Swans. In this first image for today, we see one of the parents leading in four cygnets, as they flew to the area where the beach is warm and the lake is usually thawed there for a strip, from geothermal activity. It’s nice to see the swans raising such large families. Four is, I think, the most I’ve seen in one family here in Japan, though I have seen two adults with seven cygnets in a remove lake in Iceland, in 2015 or thereabouts.

Usually, these birds would land either on the ice of the frozen lake, or in the thin strip of water thawed by the geothermal activity, but with this year having been warmer than usual the lake was only frozen in the shaded corner that we visited first, and as you see in this next image, it was not frozen at all at this location. This is only the third time I’ve known the lake to be not frozen like this in the 17 years that I’ve been visiting Hokkaido in the winter. As I often say though, I enjoy making the most of the new opportunities we are presented with as the status quo shifts, and I can’t help but think that this kind of winter going to be less of an exception as global warming seems to be digging its claws into the planet.

For this shot, I pulled back on my Canon EF 100-400mm lens opening it up to 100mm to include the wider group of birds, but also pointed the camera upwards slightly, to include the top of the mountains on the far side of the lake. We also have that band of shimmering light along the horizon line that we often see caused by the cold air above the lake.

In case you missed this, I’m no longer calling out all of my camera settings, because the Meow Lightbox software that I’m using now displays this when you click on the images, and they just released an update that makes it even prettier than before, so don’t forget to click on the images and take a look whenever you want to see the settings I used when shooting.

We also did our usual panning, with a 1/50 of a second shutter speed to capture the movement in the wings of these beautiful birds as they take off from the lake. This image is one of my favorites from Tour #1. The head is slightly soft, but I love the look of the wings in this shot, and the wake in the water as the swan runs through it really appeals to me.

There was also a bit of the warm light of the sunset reflecting in the water, giving it a pinkish color, and the top of the frame is slightly darkened from the reflection of the mountains on the distant shore of the lake, and that helps to keep the eye in the image.

We cut our swan time a little short on this trip so that we could spend more time with the cranes as we’d been delayed in Tokyo due to bad weather in Hokkaido, so we’ll move on now, to the last major leg of the tour, as we move to the fishing town of Rausu, for the sea eagles. As usual though, on our way out of town, we stopped briefly at Iouzan, or Sulphur Mountain, for our group photo and to quickly shoot the apocalyptic fumaroles there.

There was only a slight breeze when we visited, so the steam hung around for longer than usual, making the timing more critical, to enable us to actually get a view of the sulfur-stained fumaroles.

As I prepared for this episode I looked through my sea eagle shots and found myself left with 160 images that I’d be happy to share. It was a bumper crop for sure. Out of these I selected my favorites, and still found myself with 36 photos. I don’t want to bore you with shot after shot of sea eagles, as magnificent a bird as they are, so I’ll skip the first day of eagles, and we’ll come back to them in a moment.

On our second visit to the Notsuke Peninsula while in Rausu, we were able to photograph this beautiful proud looking Northern Red Fox sittings on top of some tetrapods. This is one of the only fox photos from both trips that I was happy with. I like the almost coordinated dried flowers against the patch of snow, and the nice clean coat on the fox is nice too.

I’m not sure if it’s some sort of mange, but many of the foxes on the peninsula currently have no fur on their tails or just a tuft on the end, so we found ourselves giving them names like pencil-tail and pipe-cleaner, which is kind of sad.

The following morning we went out on the new boat that the company we use had just put into service, which was quite an honor. The owner of the company had rushed things through so that we could be first. The dawn shoot is when the eagles are most hungry, although it does leave us somewhat short of light, so much of the work is done with high ISO, starting at 6400 or sometimes higher, but then quickly trying to bring that down while increasing the shutter speed to 1/1600 to freeze the action. Ideally, I like a slightly deeper depth of field, but f/8 is just about enough to get the bulk of the bird in focus.

The catch, with the splash of water, as the fish is pulled from the sea is one of my favorite shots, but I also really like the pose in this next image, as the Steller’s Sea Eagle approaches the fix and raises his talons at the last moment. This is probably one of the most difficult images to get with the EOS R because the frame rate is too slow to rely on simply mashing down on the shutter button, hoping to capture this moment in a burst. I literally have to watch and release the shutter as this happens, so most of the time this is the first shot I get, followed by something like the previous shot.

Without doubt, my favorite photograph of the trip is this next one, which I shot at the end of the third eagle shoot on the third and final day in Rausu, We pulled the boat up alongside the quay wall, and because that has snow on it, the light is bounced back up onto the underside of the eagles putting them in beautiful light. I was really close to the bottom of the tail in this shot, so I’ve cropped it in a little from the top too, to balance it out, but I love the detail in this image, and how the flight feathers are spread as he tries to control his flight so close to the wall.

I find myself drawn towards the Steller’s Sea Eagle, as it really is an awesome looking bird, but we’ll wrap up the sea eagle shots with this one of the White-Tailed Eagle, also above the quay wall moments later, as he swoops down to grab the fish that the boat operators threw up onto the wall to attract the eagles. I like how the fine falling snow is visible in this shot, and I love how we can see the faint shadow of the eagle cast into the snow below it.

After our final eagle shoot, we checked out of our hotel, and made our way around the base of the Shiretoko Peninsula and back up to Utoro on the other side, for our final night, and a bit of relaxing landscape work before we fly home. Here is one of the shots of the top of the Oshin Koshin Falls.

I often make my photos of these falls black and white, because there is usually a lot of black rock showing through, but on this visit, the back of the falls was also frozen, and perhaps is was the light bouncing around from that ice, but the ice around the falls was glowing with a beautiful faint glacial blue that I had also not seen before, and I certainly didn’t want to remove, so this year’s shot stays in color.

As usual, I recorded a comment from each of the participants as we ended this tour, which I included in the audio, starting at around 10:33. You can listen using the player at the top of this post. We’ll continue our travelogue series next week, as we embark on my second Japan Winter Wildlife Tour for 2020.

This year was actually the last time for now that I planned to run the second tour that we’ll talk about next week because some of the locations that we visit are now so crowded that I don’t think it really works at the moment. Because of that, the one trip that I am planning in 2021 is already full, and I have now started to take bookings for the 2022 Snow Monkeys & Hokkaido Tour & Workshop.

I will decide whether to make the third Japan Winter Tour a wildlife or a landscape trip based on information I gather in the coming months, but I am doubtful that it will be a wildlife tour, so if you would like to join me in Japan for the winter wildlife, please check out the details of the 2022 tour here. If you are reading this way into the future, check for the most recent available tours in the Tour & Workshops menu at the top of this page.