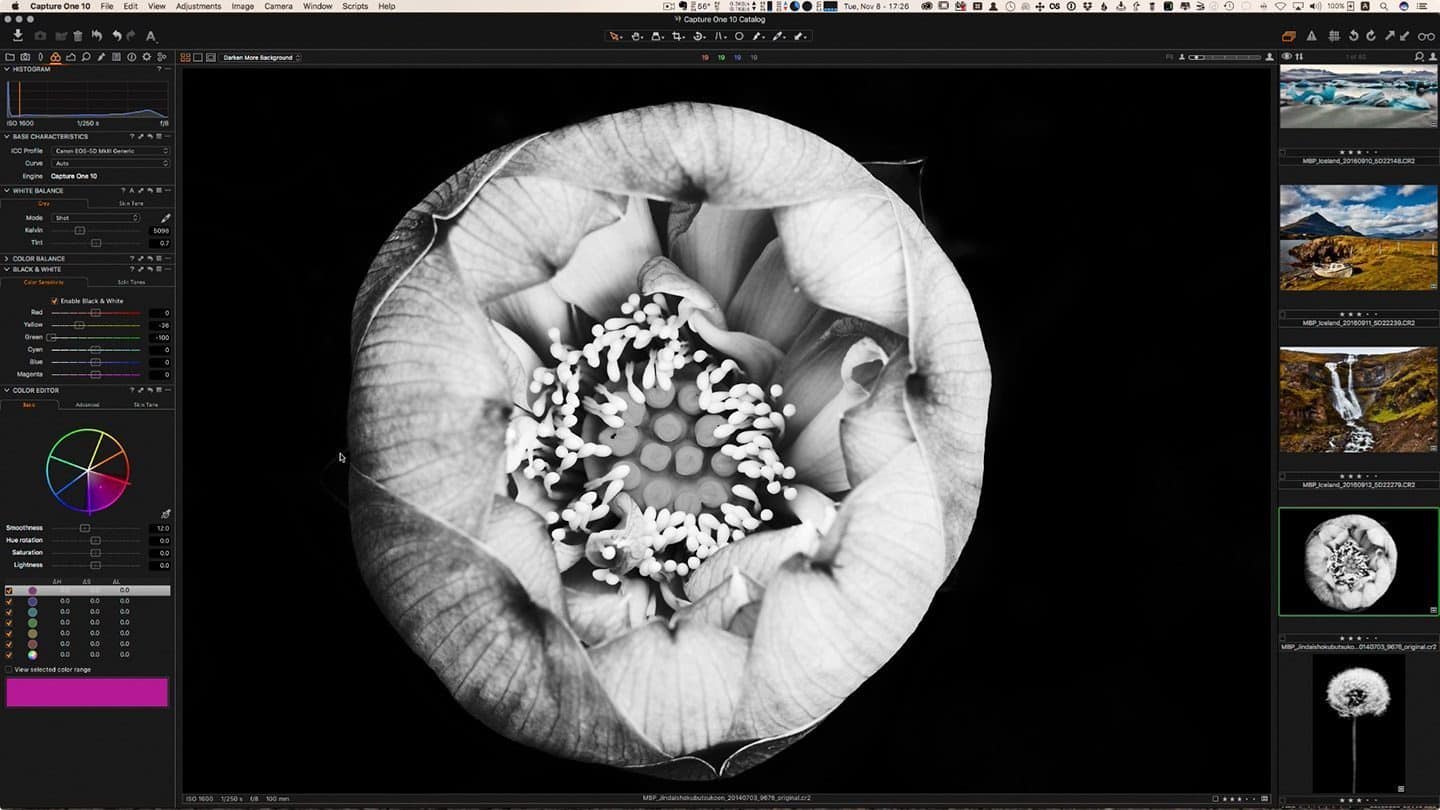 I recently put together a Simple Adjustment Guide for Capture One Pro from Phase One, which I'm releasing as this weeks Podcast to celebrate the release of version 10 of this incredible raw image processing software. In this guide I explain how I take the background in a photograph of a lotus flower,...