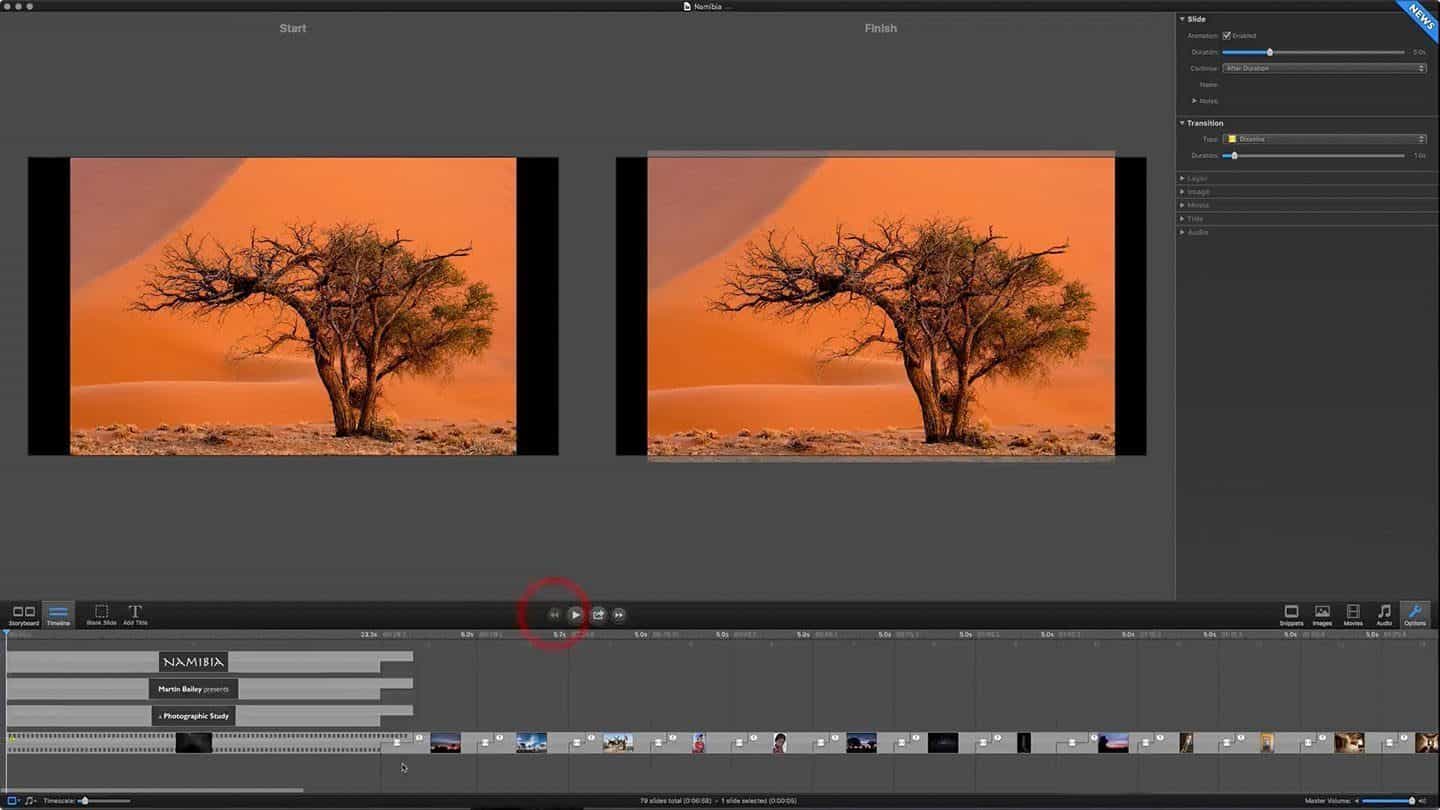 This week I've put together a video to walk you through the process of making a slideshow with Boinx Software's latest release, FotoMagico 5 Pro. I've put a small version of this video into the podcast feed, but to see the detail, take a look at the below video, and...

Martin Bailey is a nature and wildlife photographer and educator based in Tokyo. He's a pioneering Podcaster and blogger, and an X-Rite Coloratti member.
PrevPreviousNamibia Slideshow 4K Video (Podcast 522)
NextExporting for Web in Photoshop Elements (Podcast 524)Next