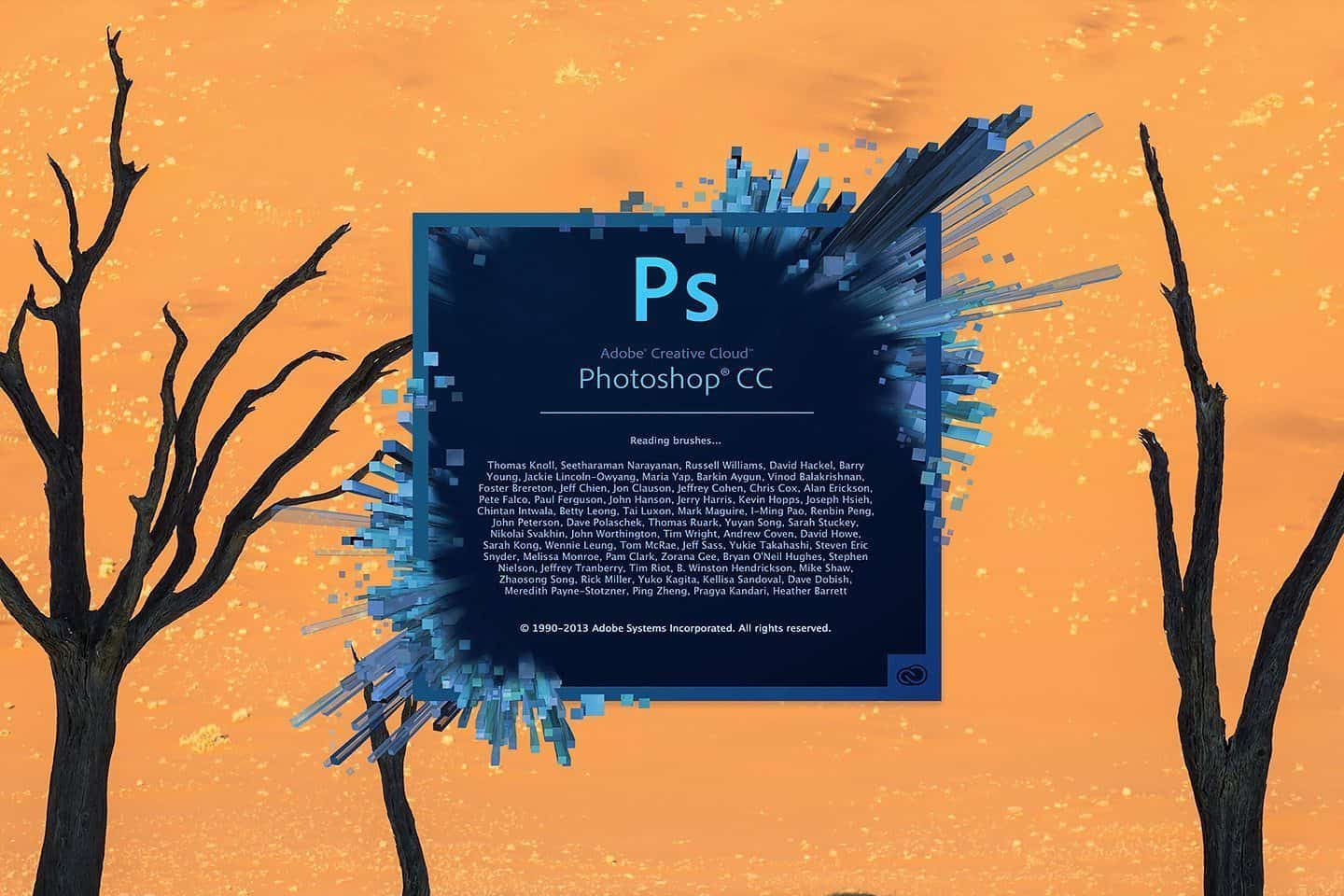 Why I’m Back in Love with Adobe and the Creative Cloud!

On July 24, 2012, I posted a controversial article about “Why I have to dump the Adobe Creative Cloud”. To summarize the problem quickly here, having bought a full Master Collection license for a number of versions, I was excited by the idea of the Creative Cloud, both because it would save me a bit of money assuming an 18 month release cycle for new versions, and assuming that I upgraded with every version as I had been doing, and because I’d get rolling upgrades, and not have to wait for a full suite upgrade. This were the benefits and I was looking forward to being hooked into this. I signed up for the Creative Cloud on the day of the announcement, before it was even released! 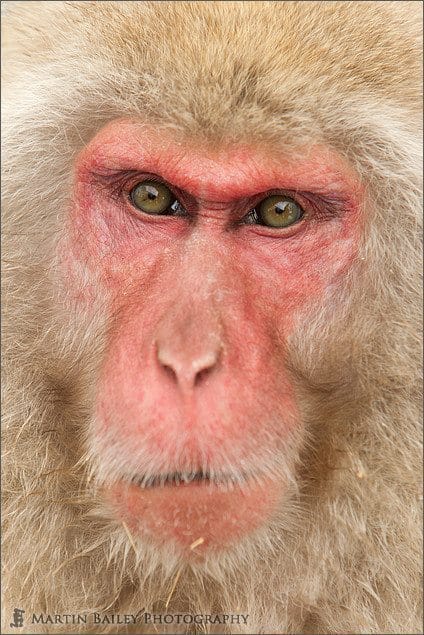 Then, I found out that the licensing component of the software had to connect to the Adobe servers to verify that you’d paid your monthly fees, on the day that you see the transaction on your credit card statement. For me that’s the 11th of each month, and on the 11th of November 2012, I was to be on a ship to South Georgia then down to Antarctica, and wouldn’t see an Internet connection for another three weeks. Then I’d be heading back down there twice more for a total of seven weeks. The problem with this, is that the software tries to verify payment every day for seven days, then stops working.

I would need Photoshop to work on some of my images and stitch panoramas etc. and I was teaching photography on the voyage and needed a working copy of Photoshop to show people in my group certain techniques. I was still using a separate license for Lightroom 4, so that was not going to be a problem. After calling Adobe Support here in Japan, I’d found that there was no way to force authentication before I left, and no way to extend the grace period. His advice was for me to buy a separate license for Photoshop, or cancel my Creative Cloud subscription. I was gob-smacked!

Then, following my post, Adobe contacted me, and we figured out a way for me to go to Antarctica for a total of seven weeks without my license expiring, and they assured me that they would work on implementing a longer grace period. My faith in Adobe was at this point partially restored.

You can see my original post about this here, but that’s the background, let’s move on…

That was almost a year ago, then shortly before I left for my recent three week trip to Namibia, I heard that Adobe was preparing to release the next major upgrade of the Adobe Creative Cloud, and it would be subscription only. There will be no way to buy a full Master Collection license, so, to test the system, I decided to travel in Namibia without taking any steps to stop my license from expiring if I couldn’t get online. There was also a chance that I would get online, so I decided to roll with it.

Well, the Internet connectivity was flaky, as you might expect, and I started to see the following Subscription Expired messages. The count-down started for me from 04 Days Remaining, probably because I hadn’t opened Photoshop for a few days, so by the time I realized I had not authenticated, I didn’t have a lot of time to ensure that I could get online. 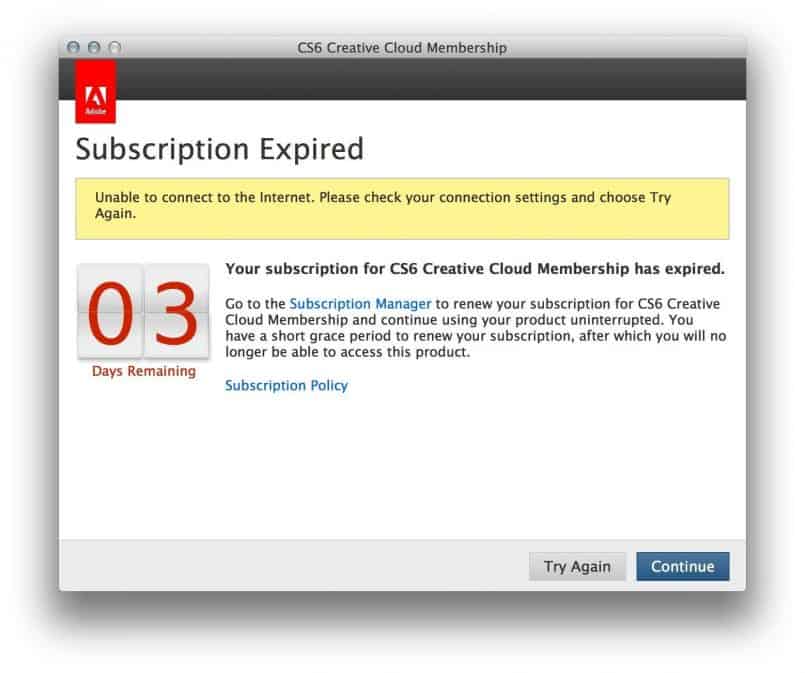 Well, with just one day left, we were on the Skeleton Coast, and the hotel we were staying in had a painfully slow satellite Internet connection, that worked very occasionally in the lobby, and nothing in the rooms. I ended up down to 00 Days remaining, and the heavy cloud that is typical of this area continued to prevent me from connecting.

On the morning that we left this hotel, the sky cleared a little, so I started Photoshop, and no message appeared. I didn’t know if this was because I had authenticated, or because I had dismissed the dialog by clicking Continue the evening before. If the software waits 24 hours before trying again, I was out of luck, but you can’t use Photoshop without clicking Continue, so it was a Catch 22 situation. I put my computer in its bag, and we headed out to start shooting for the day.

After we’d been out shooting for a few hours, and due to start our long drive to the next location, the others in our safari vehicle decided they wanted a coffee, so we called back to the hotel before moving on. Still worried that I hadn’t authenticated, I grabbed my computer again, and went back into the lobby for one last look. As I launched Photoshop the 00 Days remaining dialog box popped up. It probably waits 12 hours after you click Continue. 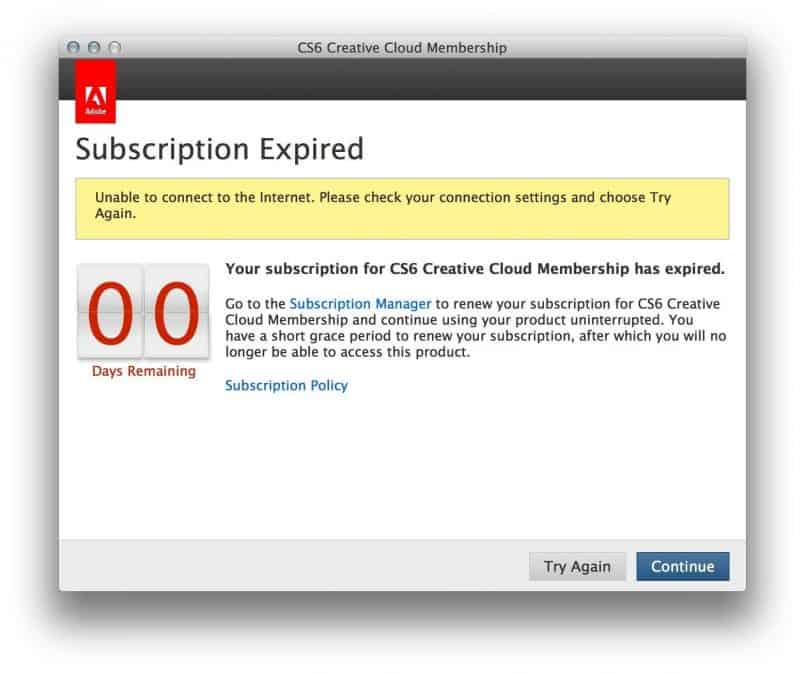 I hit the Try Again button, but after a few seconds, it popped up again. The cloud cover must have still been preventing me from connecting to the Internet. I waited a few more minutes, as the others got their coffee, then tried again for what would be my last chance, and finally, I saw the following dialog box. 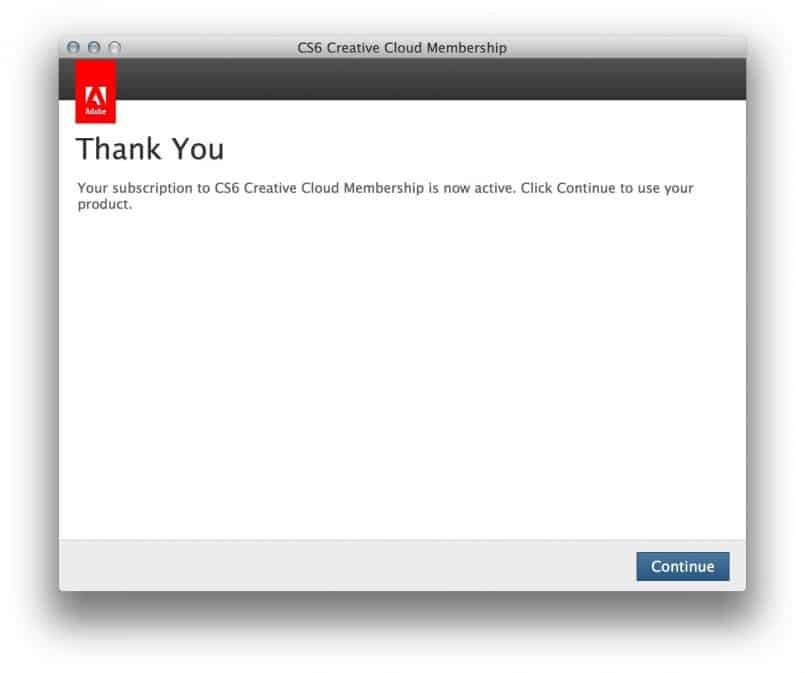 Yes! I’d finally authenticated, in the nick of time. It turns out that the next hotel did have decent Internet, although I hadn’t known that on this morning, so the whole experience was quite nerve racking. Had I been back down in Antarctica, I’d have been screwed. It seems that Adobe hadn’t changed their system, giving people a longer grace period. At least not for CS6 license authentication.

So, I mailed Adobe, to see what the plan was. It seems that Eric Wilde, the Product Manager that had kindly jumped in and helped when I first posted about this last year, has moved on to other responsibilities, but he put me in touch with the current PM. I found that as promised, the licensing had been changed, and would be put in place in time for the release of the Adobe Creative Cloud. This was great news, because as I mentioned above, there would be no full licenses for the Creative Cloud. It is subscription only. Here’s what I heard with regards to the new model. The new licensing for annual subscribers of the Creative Cloud will…

I also just checked the Adobe Creative Cloud FAQ and found this information:
Do I need ongoing Internet access to use my Adobe® Creative Cloud™ desktop applications?

So, for me, this licensing model will now cover my needs, and makes Adobe’s subscription model totally viable. There is also talk of them increasing the grace period for up to six months for annual subscribers, so if ever I find myself about to set off to a remote location for more than three months, I think I’ll still be good. I can’t see me going away for that long, unless the National Geographic sends me to some remote corner of the world, which would be great, but pretty unlikely.

But it Gets Better!

But it doesn’t stop there. First up, although I’d always bought a license for Adobe Photoshop Lightroom, since it had been added to the Creative Suite Cloud Subscription, when Lightroom 5 was released recently, I was able to download it straight away, and start using it, saving me the $79 upgrade (although it’s actually slightly more than this in Japan where I have my Adobe account).

Then yesterday, the latest version of the Adobe Creative Cloud was rolled out, with the new license model, at no extra cost. I was able to simply download all the new apps to my MacBook Pro, and start using them. I’m currently paying $50/month, as I’m out of my first year, which was just $30/month, but I really use most of the suite and don’t find this expensive. 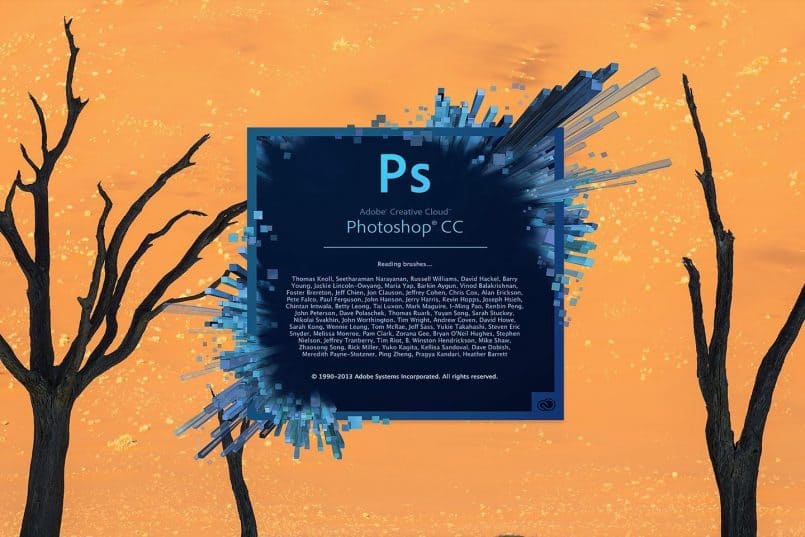 I’m into Lightroom pretty much most of the time. It’s my bread and butter application. I’m into Photoshop most days, and then regularly use Illustrator, Premiere Pro and After Effects. I use Dreamweaver to manage and edit most of my Web sites too, and I’m working in InDesign preparing for a few project at the moment too. I don’t use other products such as Prelude, SpeedGrade, Edge, Muse, Scout, InCopy or Audition very much, and Flash doesn’t really interest me these days, so I don’t even install it, but still, I’m using enough of the suite that I’m totally satisfied with the price, and it’s nice to know that I can jump in and start using these other products at any time, without any additional investment.

So, basically, although I was always happy with the price and the products themselves, with this recent update to the licensing model, and reaping the benefits of the rolling update model, I’m now incredibly happy with Adobe’s Creative Cloud suite, and can remain in love with the company that has made so much possible for photographers and creatives around the world for more than three decades.