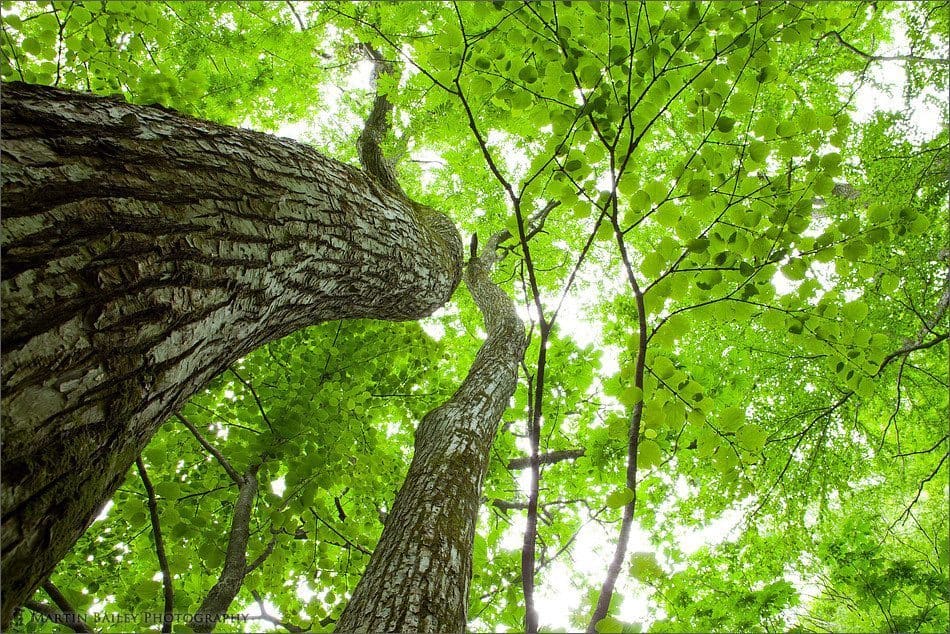 Podcast 270 : The Therapeutic Power of the Creative Process

In July of 2009, I wrote a blog post called “Being in the Zone“, in which I relayed my thoughts in relation to something that Richard Annable, an amazing wedding photographer from Australia had said in an episode of the Shutters Inc. podcast. In the podcast the question was posed “Why do you photograph things? Why are you a photographer”? Richard’s answer to this question was “Because as soon as the camera comes up to my eyes, the noise stops”. 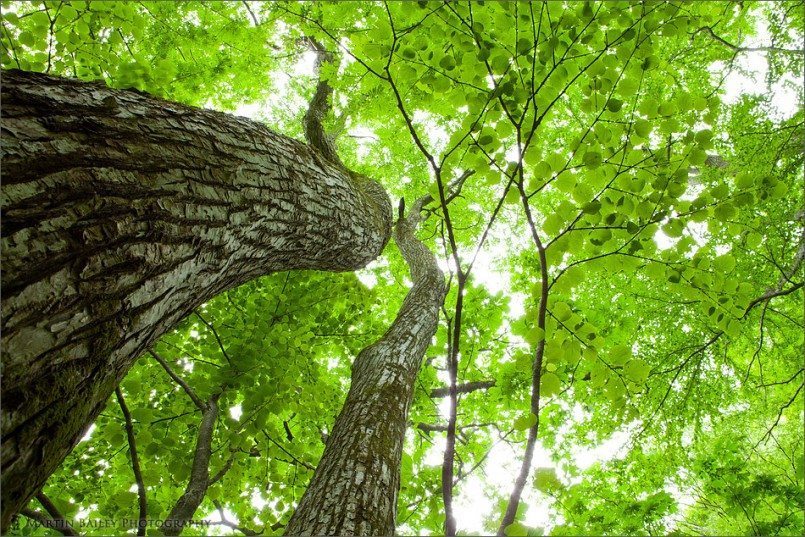 I thought this was pretty profound and instantly related it to my own experiences when photographing. For me time slows down, but the sounds around me are also muted, and everything becomes totally secondary, as I go through my processes. I estimate that time slows to around one third or a quarter of real time. I come to this conclusion because for example, when I jump out of the car to go and shoot something, and I leave my wife waiting, I think that I’ve been really good by getting back to the car in around 20 minutes, only to find that it’s been an hour and 20 minutes, or thereabouts.

I’m sure you’re all familiar with the phrase “time flies when you’re having fun”, and I’m pretty sure this is part of what I’m experiencing with the time related aspect, but this is different again to being in the zone. I often spend way too much time at the computer for example, taking an hour to do something that I had announced beforehand would take about 15 minutes, or what I thought would be a two hour job sometimes takes a whole day. In these scenarios though, I’m not in the zone, rather I’m just concentrating on something, focusing my mental energies to the point where I lose track of time. While doing this though, I’ve never felt myself in that place where everything around me becomes muted, until recently.

You’ll recall the struggles that I’ve had recently getting to grips with the Breathing Color Lyve Canvas lamination process. Well, I finally found that the last problem I was having where the little white flakes of congealed laminate were sticking to the canvas was caused by the rollers that I’d bought from Breathing Color. I bought some different rollers from a local DIY store, and the process is now so easy it’s unbelievable.

A couple of weeks ago used the new rollers and laminated a batch of canvases that were a total pleasure to do. Then, last week, I prepared to laminate the last three of my own canvases for my show, and I was also going to laminate two of Marcus Bain’s images that I’d printed on canvas for his show that opens this coming Sunday, which is Dec 5, 2010, for the archive listeners. As I started to prepare, laying the acrylic board on my workbench then covering it with plastic, and laying the tools that I’d use out on the other side of the table, I was still a little nervous, as the process still wasn’t 100% mine. 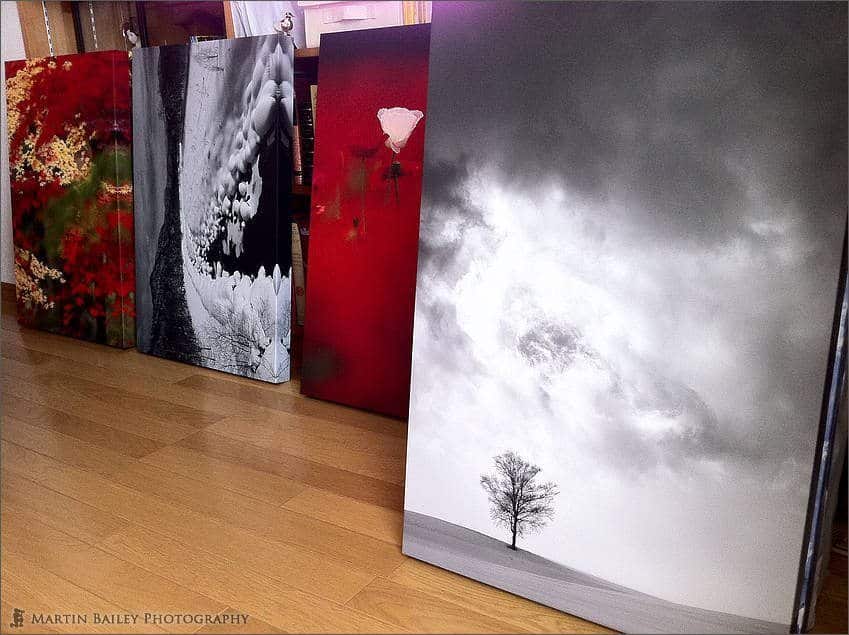 As I started to laminate the first of the five canvases though, it became obvious that the new rollers were to thank for the process being totally easy now, and I really started to enjoy the activity. I finished the first print, and took it downstairs to my larger studio which was where I would lay the canvases to dry, and I picked up the second, and took it upstairs. I used my rocket blower to make sure there was no dust on the front of the second canvas, and started to laminate that one too.

The nervousness that accompanied the start of the first application had gone, and it was a totally relaxing activity now. I felt myself smiling as the music I had playing drifted into my ears, and the wagtails that frequent my balcony chip chipped as they brought bugs to the balcony to eat. As I continued with this now familiar process though, I realized that the sounds from the stereo and the wagtails, was kind of muted. There was no mistake – I was in the zone!

I think this was the first time that a process other than the actual act of photography had put me into this state where time is slowed, and the sounds around me were muted, and I felt totally at one with myself, for want of a better cliché.

I finished the canvas lamination process, washed the roller, roller tray and ladle that I’d used, and put everything away before going back to my PC to move on to the next task, but I couldn’t help thinking how peaceful the whole experience had been, and wondering what it was about what I’d been doing that helped to put me in this state-of-mind.

I haven’t looked into this as a science, and I haven’t investigated online to see if other people have written about this. This is just my observation, so if there have been studies done, and I’m way off the mark, then so be it, but I thought I’d throw this out there to see what you think. If you have any comments or want to relay your own experiences, please do comment below.

It’s All About the Process Being “Creative”

Anyway, I’ve come to the conclusion that this is not just about repeating a familiar process. It’s so much more about the process being “creative”, just like when I’m in the field, “creating” photographs.

Maybe for those of you for which the capture of the image is more of a mechanical gathering of materials and the Photoshop work becomes your creative phase, maybe that’s what puts you into the zone. For me, the editing process is a necessary evil. Thanks to the amazing tools we have, like Lightroom, I don’t dislike it as such, but I prefer to spend as little time at the computer working on image selection or tweaking images in Photoshop as possible. This is probably why I never feel in the zone at the computer, but I’m sure some people do. I’ve heard of people spending hours on a single image. There’s got to be something zone related going on there. 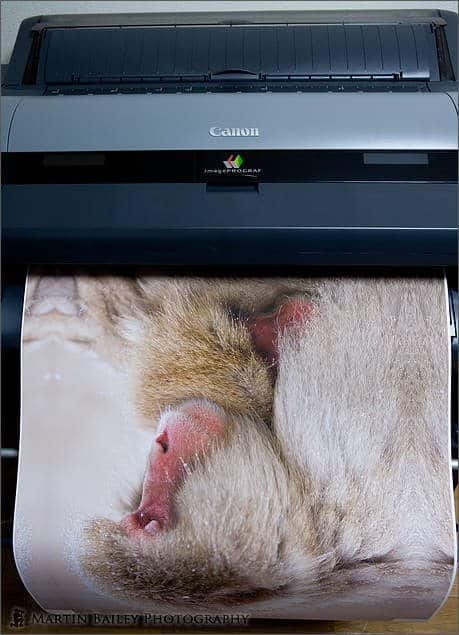 Another time when I have found myself feeling totally happy in a creative process, is when I’m printing. The process is usually too short for me to get into the zone as such, but I do recall a number of times recently where I’ve been standing over my new iPF6350 printer with white cotton gloves on, and finding myself with a huge smile on my face with the joy of watching one of my images emerging from the printer. Again, this is a creative process, all be it a somewhat technical one. There’s certainly something very special though, about printing out our images.

I’ve long been a proponent of the print, and many of you will recall me talking about the joy of holding a tactile print in our hands. Having given thought to this recent experience though, I’ve come to realize that for me at least, much of the joy from printing is not just in the end product of the physical print. It’s as much about the actual process of creating the print. The feeling of anticipation as you prepare the print and click the print button. The excitement as you watch the print come out of the printer. We are taking tools such as the printer, the inks, the computer, and of course, the base image that we so enjoyed making, and then we are in a sense giving it life.

My conclusion here is that it is the creative process that excites me. I’m an engineer at heart. As a kid I loved to make things. I recall one time as a kid when I borrowed a flashing street light from a roadwork site, and used the flasher unit and battery to build a mock-up of a car’s electrical system, with winkers and all, and it felt great to just make something. I was also incredibly excited last year to finalize my Fine Art Folios too, which again are a physical reproduction of my work, but with a nice classy outer folder that I made myself from scratch. Sure, I had to outsource the die-cutting and embossing etc. but I designed it all and I put all the pieces together to house the prints that I lovingly print myself.

Bring the Zone Back

So, as I said, I’ve not investigated this at all, but to finish, I wanted to touch on why I included the word Therapeutic in the title of this Podcast. I sat down to work after my recent experience while laminating the canvases feeling totally relaxed. I’d been stressed, because until that point I’d had a terrible week with a bad shoulder, and I was seriously behind on a number of large tasks, and I was feeling the pressure. As I sat down at my desk after clearing away my laminating tools though, I had a smile on my face like a Cheshire Cat. It was the same smile that I catch myself with when watching a print coming out of the printer, and that’s the same smile that I have as I walk back to my car having bagged some nice shots in the field.

I really can’t help but think that going through a creative process takes us somewhere and purifies us a little, before returning us to the real world, and luckily, we get to take a little of the zone back with us.

CLICK HERE to thank Jack Andrys and WebSpy for the last 18 months of sponsorship and support.

Martin Bailey is a nature and wildlife photographer and educator based in Tokyo. He's a pioneering Podcaster and blogger, and an X-Rite Coloratti member.
PrevPreviousPodcast 269 : More on Planning a Photography Exhibition
NextPodcast 271 : Printing and Framing for an Exhibition (Video)Next