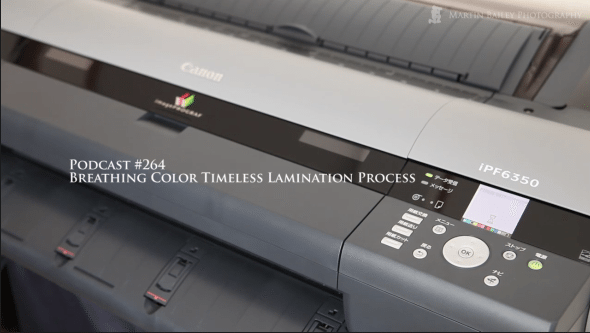 Following some great communication with the Breathing Color Team over the last week, here's a video to share a new process for laminating Breathing Color Lyve Canvas with their Timeless Laminate. This is pretty much where I'd got with my initial experimentation, though now, based on new advice from Breathing...