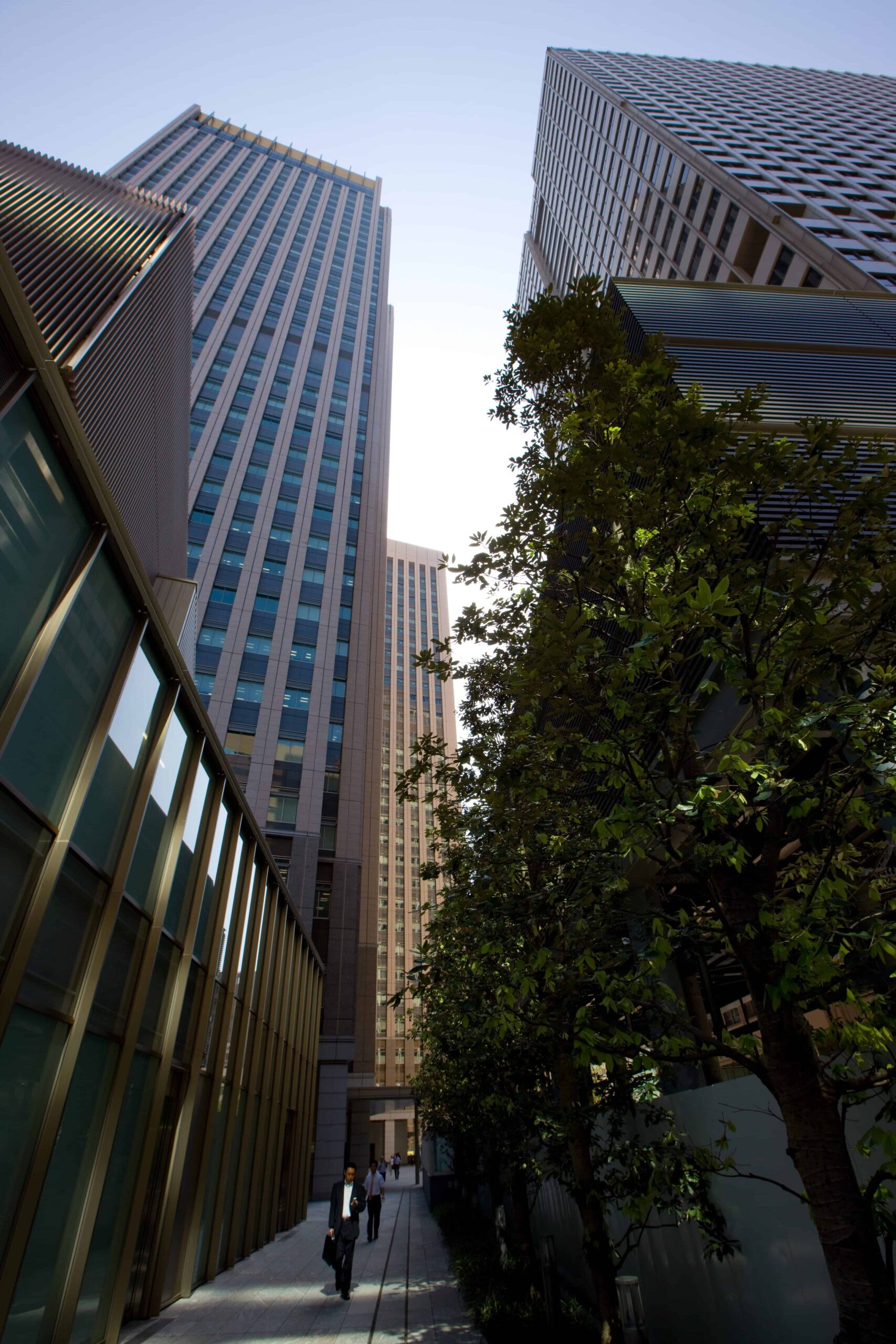 Just to recap if you are just joining us, or are catching up for the first time in a few weeks, at the end of August I tendered my resignation for the day-job that I’ve been working in for the last ten years, and I will be dedicating all of my time to photography related activities from October 1st, 2010.

I have had most of the last two weeks off from work though, and will be going in on the 29th and 30th of September this week, and the 30th will be my last day. 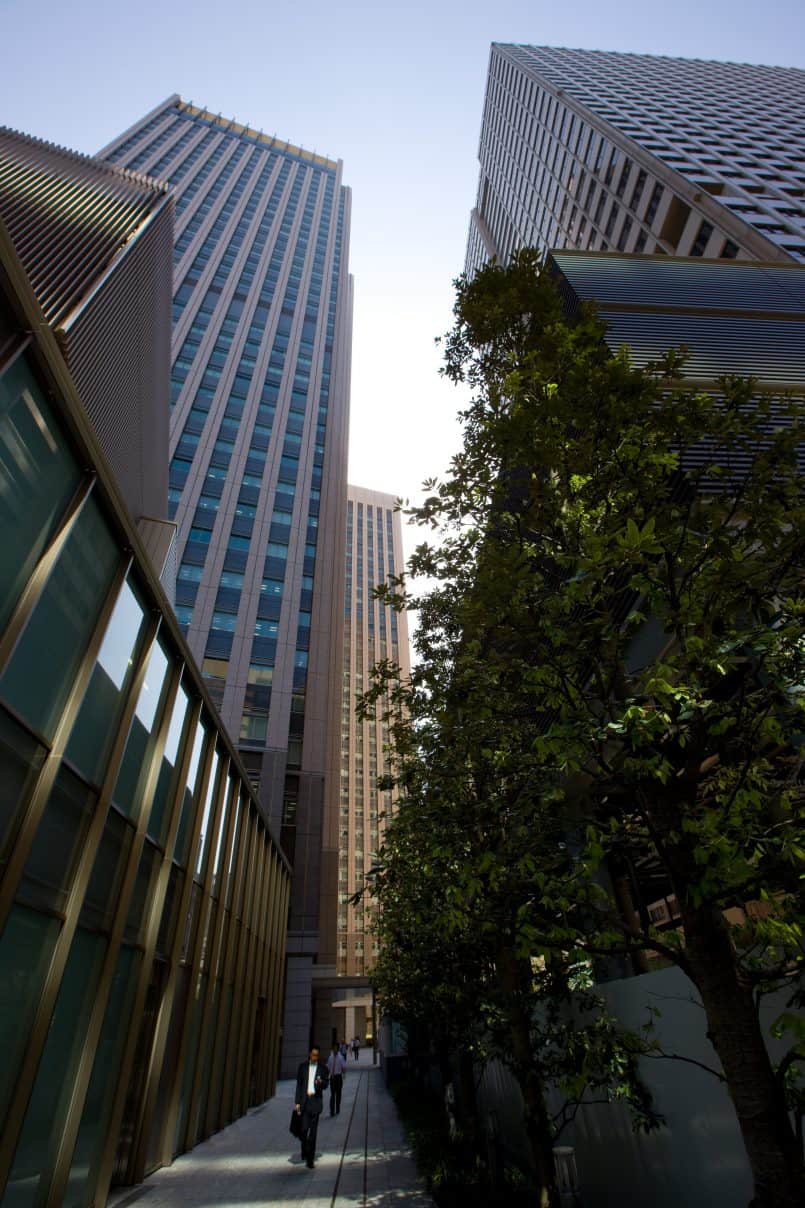 During the time I’ve take off though, over this last few weeks, I’ve already started the preparation for starting my own company, and I’ve also started to plan my own photography exhibition in December, so I’ll update you about these few things first.

I had a meeting with a new accountant on Friday last week, to discuss whether to incorporate Martin Bailey Photography as a company, or to operate as a sole proprietorship. I really don’t know a lot about how this works in other countries, and I’m really only just learning this stuff here in Japan, but the main deciding factor is whether or not you intend to turn a profit. I know this sounds strange, because everyone is in business to turn a profit, but the example the accountant gave me was you can do a million dollars-worth of business a year, but if you don’t make more than a few thousand dollars profit, it’s not worth incorporating. Basically what this means is if I was to bring in a million dollars, but I had to spend a million dollars to bring in that money, there’s no profit as such.

So, what I did was drew up a plan of how much I think the next year is going to cost me, and the amount of money that I believe will come in, and showed that the difference is more than a few thousand dollars, if things go as I hope, and so we have decided to incorporate Martin Bailey Photography as a Kabushikigaisha (株式会社), or the K.K. that you often see at the end of Japanese company names.

To summarize the benefits of incorporation, the biggest benefit is that as a corporation, the salary of the employees, i.e. me and my wife, are expenses of the company, and therefore paid pre-tax. Of course, you then have to pay income tax on the salary that you take, but there are concessions that mean you keep a lot more of your salary than a sole proprietorship. Also, because we are using two people’s allowances, the amount of tax we pay drops considerably.

Also, here in Japan, there are many companies that will not work with you directly unless you are a corporation. I’ve come up against this a number of times, trying to arrange things for the workshops that I’ve already been doing, and when trying to order parts for my fine art folios. Some companies simply refuse, or make it very hard to work with you, unless you have incorporated your company.

The downside of incorporation is that you have to pay ¥360,000 or about $3,600 to actually get things kicked off, and then ¥70,000, about $700, every year just to keep the company registered. This is totally regardless of whether you are turning a profit or not. There are also monthly costs if you want help from the accountant to keep things in-line, which all adds up. With these things in mind, you have to be pretty sure that you are going to make it work, to make it worth going for the added benefits of incorporation. I’m going to aim for these benefits, and do everything within my power to make it work.

I have since filled out a document that the new accountant gave me, and sent that back to him, and will be meeting again this coming Friday or early next week, to fully set the ball rolling, with a target of completing the procedure and having Martin Bailey Photography K.K. incorporated by November 1st, 2010. I’ll keep you informed on this if anything else happens in the coming weeks.

If you recall back to my goals for 2010, you might remember that one thing I said that I wanted to do this year was an exhibition of my work. Well, I decided to go for that in these first few months of my going full time pro, and have booked a gallery in an area of Tokyo called Aoyama, at the H.A.C. Gallery. There’s no information on the show on their Web site yet, as I’m still working on the text and graphics to send them. Basically though, the exhibition is going to be called “The Nature of Japan”, which you might recall is the name of my portfolio of nature and wildlife work.

I decided to do the exhibition before I really start working on my new workshop schedule and portrait business, because I really want to do a show right now, at the end of my part-time photography phase. I want this to be a benchmark for what is coming up, so that I’m able to compare this current body of work with what I have in a few years’ time, when I’ll probably do another show.

I also want to put my name on the Tokyo photography map. Because this site and the Podcast is English, I’m not really well known in Tokyo yet, and need to do something about that. Not that I’m famous in English speaking countries of course, but the Podcast and the MBP community has helped to get my work in front of many more people internationally than the number of people that see my work here in Japan.

I also have a few ideas on how to sell photos at the show, that I think might be radical enough to help me to get some newspapers interested in running a story on the Exhibition too, which should in turn help to get people in the door. I’m going to save the details of that until the show, so stay tuned for that.

I’ll create a Web page with details of the exhibition and release that very soon, but if you are in Tokyo between December the 23rd and the 30th, put a note in your diary to stop by. There’s going be an opening party too, on the first day, which is a national holiday for the Emperor’s Birthday. I’ll confirm the details later, but it will probably be from 5:30 to 7:30PM, so drop by for that if you have time. If you can’t make the party, I intend to be at the gallery every day of the show, so it would be great to meet anyone that’s in town.

As I find time between incorporating my new company and preparing for the December show, I will continue to work plans for workshops in Australia, the UK, the US and Canada. I currently intend to visit Sydney, Melbourne and Perth in Australia, somewhere close to London and Derbyshire in the UK, and I’m still thinking of some other UK locations, and I will be going to the East and West Coasts in the States too, and probably going up to at least Toronto in Canada.

I have a lot of work to do to arrange these international workshops though, and will need to rely on local help in each location, as I have no local knowledge. As I mentioned before, if anyone has ideas for locations and subject matter that would be of interest to potential participants, please do let me know via our contact form (or listen to the audio for a mail address). For location workshops I’m thinking of places of natural beauty, or wildlife shoots, and the area needs to have large hotels, hopefully with conference rooms, for talks and critique sessions.

I’m expecting to at the very least make the workshop free for anyone that can help with local logistics, and if possible, I may also be able to pick up any hotel fees etc., but that will depend on the amount of value you would bring, to help make a workshop possible in your area. This is may be something to think of though if you are interested in helping out. I’d be very grateful for even just ideas for locations though, so do drop me a line if you have any ideas.

One other piece of information that I wanted to let you know about, is that Marcus Bain, an excellent photographer here in Japan, and member of the MBP Community having his own exhibition from the 8th to the 25th of October, and Marcus would like to extend an invitation to all MBP listeners, especially those around Tokyo, to visit “Some kind of…”, an exhibition of some kind of art, by Marcus Bain. 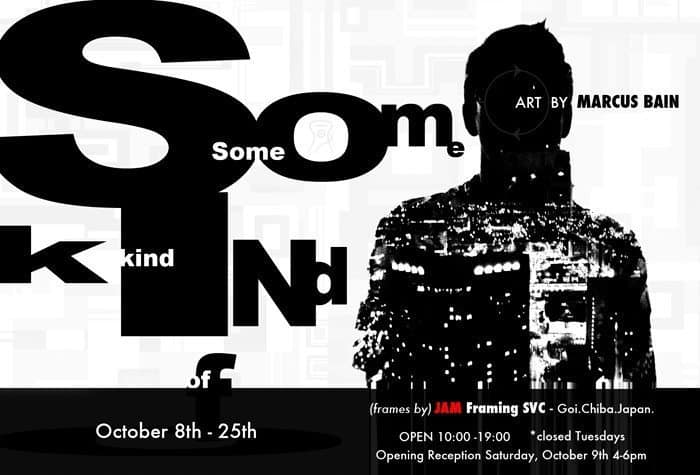 “Some kind of…”, an exhibition of some kind of art, by Marcus Bain

Marcus will be showing photographs, manipulated photographs and a selection of digital drawings. In Marcus’ words, the works cover a very broad range of styles and content, in an attempt to embrace the complexity and interconnectedness of existence and nature. It’s also an attempt to inspire creativity in the viewer.

I’m a huge fan of Marcus’ work, both his straight shots, and his manipulated images and digital drawings, so I do recommend that you try to make it out to see his show if you are in the Tokyo area between the 8th and 25th of October. The gallery is in a place called Goi, in Chiba, the prefecture to the east of Tokyo. There will also be an opening reception/party held on Saturday October the 9th, from 4pm to 6pm, which I’m hoping to be at as well. Do bring a bottle too if you come for the party.

So, I’m going to wrap it up there for today. Now that most of this new business stuff has started to move forward, and now that I will not have to go to my day job after this week, I do hope to be able to get out and do more photography soon, and be able to bring you some more photography centric episodes again in the coming weeks. If you don’t enjoy these business centric episodes, then your patience is appreciated for the time being, as I’m sure you can appreciate that this stuff is taking up most of my time right now, so I’m having a bit of a dry patch photography wise. Things will start to level out soon, with a good mix of business and the art and technique of photography.

Get this post's short-link:
← Podcast 260 : Aug 2010 – Glass or Water – Assignment Winners Podcast 262 : Preparing for a Gallery Exhibition →
Become a Patron