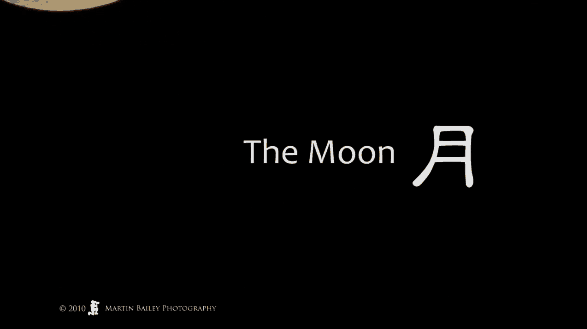 Here’s a video I shot recently, of the moon, as it moves across the sky.

It’s a very simple video, but along with the music “Moonlight Sonata” from Beethoven, it’s quite relaxing to watch.

I shot this with a Canon EF 600mm F4 lens, fitted with a 1.4X and a 2.0X Extender on a Canon EOS 1D Mark IV camera, which gives me an effective focal length of 2,184mm, so the moon almost fills the frame. You can also see a shimmering on the surface of the moon, caused by the warm air of the early summer night on which the video was shot. It was 28°C or 82°F as I sat on my balcony shooting this, being eaten by mosquitoes. 🙂

I was out on the balcony for maybe 30 to 40 minutes. I shot a few movies before this one, with the 1.4X extender, then just the 2.0X, then when I thought the resolution/sharpness would hold, I went for the 1.4X and the 2.0X extender together.