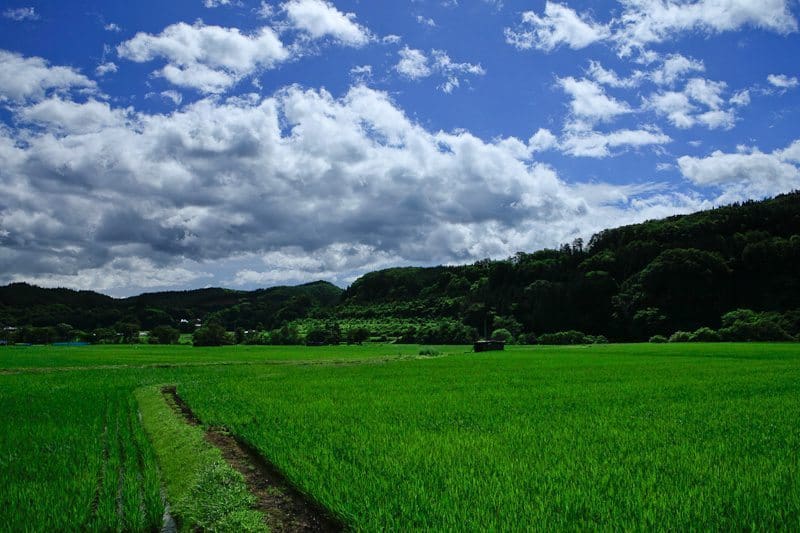 Last week I took two camera bodies to Canon’s Service Center in Shinjuku, Tokyo, to have the sensors cleaned. Of all the times I’ve had the sensors cleaned by Canon, never once have they changed settings on the camera, so I don’t pay much attention to checking that my settings are still in tact when I get the bodies back, other than my standard pre and post shoot checklist.

My simple checklist to run through before I start shooting, and usually what I set the camera back to after shooting, is to set the ISO to 100 and set the exposure to 1/125 at F5.6. That’s about it. I rarely change White Balance from the Daylight preset, but if I do, I change that back too, when I remember. These settings just give me a good place to start the following day and because I generally shoot in Manual mode, I’m used to keeping a close eye on exposure and change it pretty much straight away anyhow.

I took my 1Ds Mark III and 5D Mark II bodies with me on a trip to Northern Japan, to the Iwate Prefecture and Aomori Prefectures, and was going to be shooting for two full days, with maybe a little shooting on the previous day and fourth morning before returning to Tokyo. I got a nice portrait of the landlady of the boarding house that I stopped in on Thursday night, and then shot in the Joboji area of Iwate Prefecture on Friday morning before I moved on to the Oirase Mountain stream area for the main even of my trip from Friday afternoon.

At first, I was a little bewildered. There was an L for large on the top LCD of the 5D Mark II and that quarter circle to shot low compression. Because I never move out of RAW, I really for a moment couldn’t remember if this was always there or not. Now worried though, I dived into the menu and checked the Quality settings, and to my horror found that I’d been shooting only JPEG for the first half a day. The engineer (not what I was calling them when I found out, but I’ve calmed down now) had changed my camera to shoot JPEG and not set it back to my setting, which was RAW. I couldn’t believe it! I’d got a bunch of shots from the first half day that I was really quite happy with, and did not want them in JPEG!

Now, I shoot carefully, and work hard to get my exposure right in the field, and I knew that my White Balance would be fine, because I’d been shooting in natural light the whole time in the Daylight preset. I did not like the thought though that I was going to have images that had been compressed and were now 8 bit, not 14, so I had basically lost image quality.

It has never really occurred to me that Canon puts the settings for the format that you capture your images in under the “Quality” menu. I had to go get my 5D to check while writing this. As I said, I never change this apart from selecting RAW when I buy a new body and it stays there until I sell the camera on. I had a little rant, and then decided that I would probably be able to use the images anyway, and so got back to my shooting of the beautiful Oirase mountain stream.

Here’s the stinger though. When I checked the images on my PC monitor, I was amazed at just how bad the image Quality was. Some weren’t so bad, but one’s that had a lot of fine detail had simply lost it. As you see to the right, in a 100% strip from the below image, the blades of rice have been simply mushed together into a fuzzy mess. Every blade of rice would have been visible in a RAW file.

I use the Landscape Picture Style, because I usually pump up the saturation a little in post, to get that Velvia positive film look. Lightroom doesn’t understand Picture Styles, but using the Landscape preset helps me to see the higher saturation on the LCD while shooting.  The problem with JPEG of course, is that this Picture Style gets baked into the image at capture.

You’ll also notice how deep the shadows are on hill. Had I shot this in RAW, there would have been more detail in there, or it would have been brought out in post with the fill-light slider. This image as you see it here ALREADY has fill-light set to 50! That’s half way across the slider!

The fine detail of the leaves in the trees on top of the hill is lost, having been transformed into a nasty digital fuzzy grey halo. The only thing that remained relatively unharmed was the sky, but this is probably because clouds are random shapes in the first place.

Anyway, here’s the image below. The green rice blades look horrific, almost like the felt of a pool table! There is no way to bring out shadow detail in the hill, which I intended to do. There’s just no data in there. There was, when it was a 14 bit file, but Canon’s engineer sentenced this image to death, making the camera throw away half of the image’s data before it was even written to my CF Card.

I could probably make a decent print at 13×19, but I chose not to even post this image to my gallery. I’m just too saddened by the whole affair to make it publicly available for any other reason than to shame Canon’s service engineer for messing with my Camera and not setting it back to how I initially had it.

I really cannot believe that they either have to change to JPEG to do a test shot to make sure they got all the dust off the sensor, or that they don’t have a checklist to work to that forces them to return the camera to the customer’s settings. Surely with the RAW work-flow now so simple and fast, they should have their work-flow set up to be able to do their test shot in RAW or JPEG, whatever the customer had the camera set to.

So, the moral of this story is; we should fully check our camera’s settings after even such a simple task as sensor cleaning at the service center. A few years ago Canon removed my name from the Owner field of my camera, but this was during more in-depth servicing. I swore then that I would check that my custom function settings and owner name were still in tact after maintenance. I have never done this after something as simple as sensor cleaning, but from now on I will do a thorough check. As much as I love Canon’s gear, on occasion, their engineers befuddle me with their stupidity. As a company, Canon sometimes fails to create or follow simple procedures to protect their valued customers from disappointment and even photographic disaster. It’s a crying shame, but it’s true.

The other take away here is that if you need a good reason why not to shoot JPEG, just look at the 100% crop from the image above. If your subject doesn’t have much detail, texture or contrast, you’d probably be fine, as long as you get the white balance, picture style and exposure right in camera. But when your scene has high contrast, deep shadows or bright highlights, and lots of texture or detail, shoot RAW, or you will be doing yourself and your art a huge injustice.