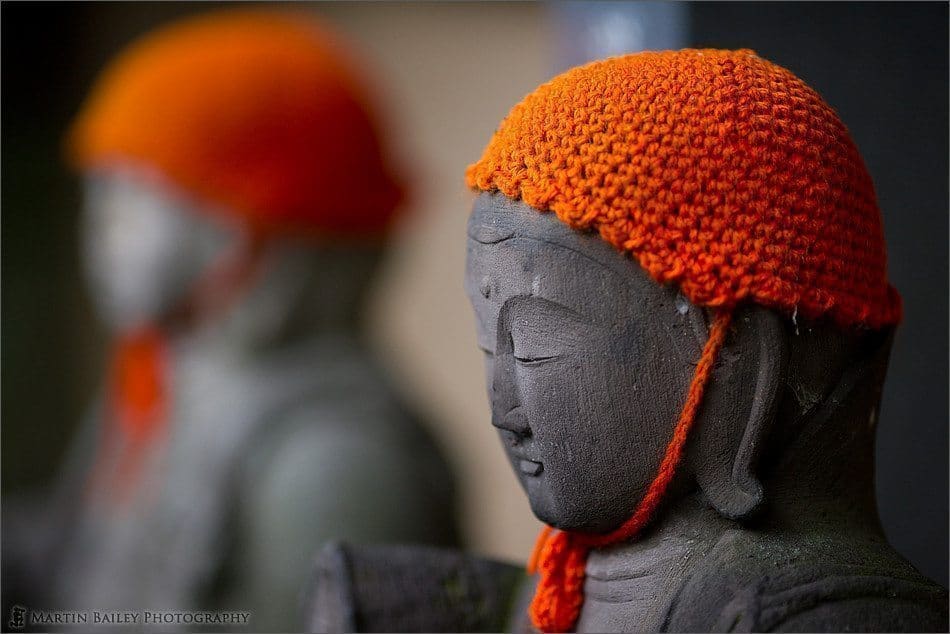 From today, possibly for the next three weeks, I’m going to do a bit of a review of three lenses that I have picked up in the last few months, and not had a chance to talk about yet. Today we’ll take a look at some shots from the Canon EF 135mm F2L USM lens. In the following two episodes, we’ll also look at the TS-E 90mm F2.8 lens, which is a tilt and shift lens, and then we’ll also look at the 14mm F2.8L II USM lens, which I picked up last weekend. Today though, let’s jump right in and take a look at some shots from the 135mm F2 lens. 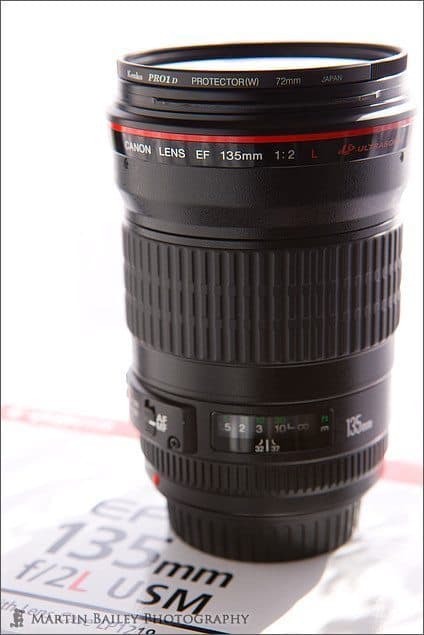 So, let’s start off by bringing up a shot of this little baby from my online gallery, and that is image number 2019. This is one of those lenses that I have heard so much about, and yet not gotten around to picking up for the longest time. It’s often difficult to warrant picking up a lens that you almost have covered with another lens. I have the 70-200mm F2.8 L workhorse lens, and of course, that lens goes through 135mm, all be it at F2.8. The thing is, the 70-200mm although very sharp for a zoom, still can be beat in sharpness by a good prime lens, and the extra stop of aperture from F2.8 to F2 gives you not only a brighter viewfinder, but also considerably more bokeh at the same shooting distance.

Also consider that the closest focus distance of the 70-200 is 1.3m or 4.3 feet, whereas the 135mm F2 will focus as close as 0.9m or 3 feet, which will make a difference. The closer you can get of course, the more bokeh you get. It doesn’t sound much, but for example, if you focus at the minimum focus distance of the 70-200mm at 135mm with the aperture wide open at F2.8, you will get a depth-of-field of 14mm. If you use F2.8 with the 135mm F2 at its closest focus distance of 90cms, your depth of field is less than half that, at 6mm. If you open up to F2, we’re talking just 5mm, almost one third of the 70-200mm. Another problem is that the 70-200mm, although a very nice sharp lens, can be a tad soft when used wide open. It’s definitely not to the point where you feel dissatisfied with the results, but it could be sharper. Please don’t get me wrong, the 70-200mm is a beautiful lens, and will remain my live-in lens in the most part, but for portraits and any other work where I want to get that little bit closer and really nail the eyes, as sharp as tacks, then the 135mm is hard to beat.

In case you were wondering how I shot the image that we have up right now, I actually just used the sun pouring into my kitchen through net curtains at the weekend, and placed the lens on top of its box, and then totally over-exposed the background. You can faintly see the writing on the box and the red band with the Canon log running along the bottom third. I also used a large circular reflector to pop some light back into this side of the lens, as it would have been too dark without that. 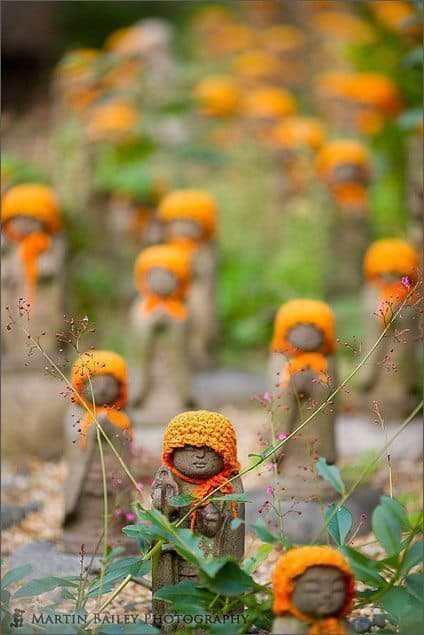 Anyway, let’s look at a real-world example, from my test shoot shortly after picking this lens up, and that is image number 1958. Here we see the little orange hat Mizuko statues at the Daienji Temple. I like this location because it’s easy to see how the bokeh develops as the orange hats lead off into the distance. Here I’d shot wide open at F2, and we can see that the face of the statue on which I focused is nice and sharp, as are the two flower stems that lead off either side, making an X shape. The statue directly behind and in front of the main subject are starting to blur nicely though, and then as we move up the incline into the distance we can see the orange hats become more and more blurred until they become just blotches of colour, amongst the green and grey sea.

Another shot from the same location is the larger orange hat Jizou statues that we also looked at in my G10 review in episodes 160 and 161 . This is image number 1959. As I mentioned in that review, we are not really comparing apples to apples, so I won’t be bad-mouthing my little G10 here, but the amount of bokeh that we see in the second distant statue in this shot is simply not possible with the G10. One other thing that I’ve noticed is that just through the inherent sharpness of the 135mm F2, even though by the laws of physics the depth-of-field is really shallow, there seems to be enough detail in the bokeh to be able to shoot with an incredibly shallow DOF and yet the areas just outside of it remain sharp enough for long enough to be able to go shallower than one might think you can. 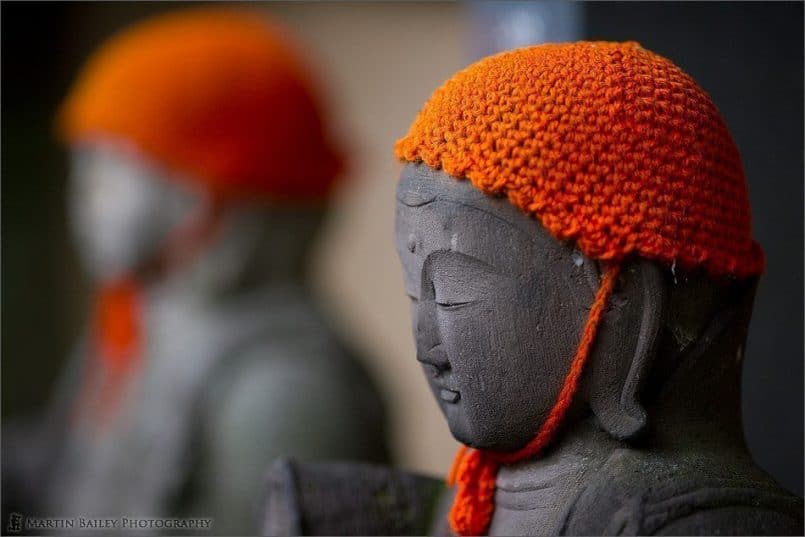 Here’s another example, in image number 1960. Once again, meet the guy that has been cutting my hair for the last 8 years, Choujirou Ishioka. Here I shot him outside his shop in natural light, again with the aperture wide open at F2. Although the 85mm F1.2 L lens is also considered a great portrait lens, it’s relatively long minimal focus distance of 0.95m or 3.2 feet, even longer than the 135mm, means that it is not possible to fill the frame with the subjects head like this. Another reason why I decided to pull the trigger on the 135mm. You can see here though that I have totally filled the frame with the barber’s face. Needless to say, I have focused on his eyes, and when I got home and looked at this on the PC, and zoomed in to check how sharp the eyes were, it was one of those hair-standing-up-on-the-back-of-my-head-while-chuckling-out-loud moments. Without a doubt a luxury lens to add just for the bokeh, but the sharpness really just blew me away. As I’ve done before, if anyone is interested in seeing this at 100%, please just let me know in the forum at martinbaileyphotography.com and I’ll post that for you to take a look at. 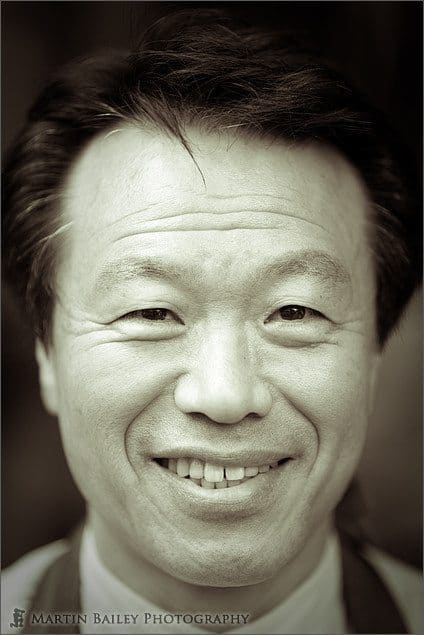 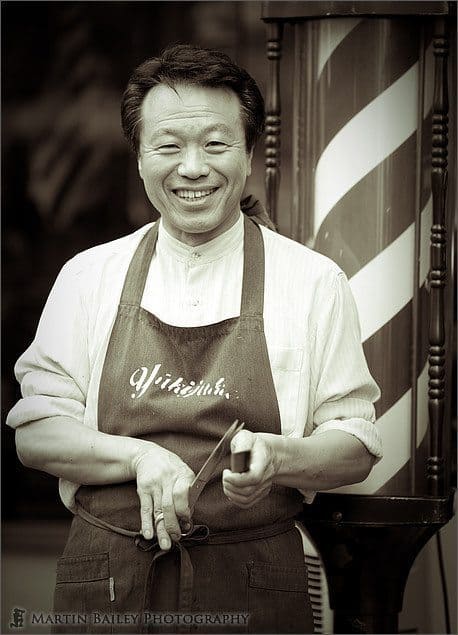 In the next image, also of the barber, image number 1961, we can see that I’ve done an environmental portrait. I had him hold his comb and scissors, and stand next to the traditional rotating barber sign. Still with that great smile that he has, I really like this shot. This one I also mentioned in the G10 review, and noted that with the G10, even wide open at F2.8, we can see everything inside the store, right back to the mirrors on the wall. Here there is nothing in focus enough to be able to make out what it is, which is really what I love about these shots. Note that I converted to Black and White, almost sepia actually, in Lightroom 2, and I added a vignette to darken the corners for a slightly more classic look. I actually gave the barber a print of each of these photos, printed on Hahnemuehle Museum Etching fine art paper, and autographed and stamped, pretty much like the Web version you can see here. He loves the prints, and has been showing them to all sorts of people that visit his store. I’m probably going to see more work coming in as a result of this, so asking him if I could shoot his portraits is really turning out to be a win, win then win again situation. 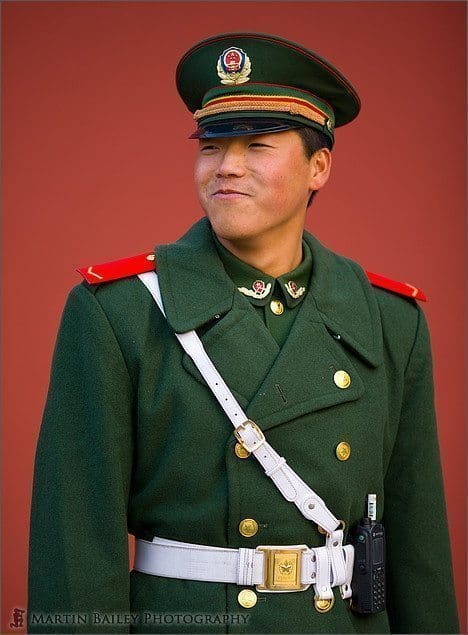 Finally, I couldn’t finish this Podcast without taking another look at the image we finished episode 164 on, when we looked at some shots from a recent visit to China. This is image number 1974. Probably one of my favourites for the year, I really like this shot. As I add portrait images to my portfolio I’m pretty soon going to be ready to prepare a portfolio slideshow. I will probably try to get to that after my 2008 update of The Nature of Japan portfolio which I’m hoping to do by the end of the year. Anyway, back to the image, this again was shot wide open at F2. I’ve cropped a little off this image though, so he was a little further away than it might seem, and that means that we have a fair amount of depth-of-field here. Again though, I focused on the eyes, and let the background fade off into the bokeh. That beautifully smooth toned wall behind him actually did have a little texture, but it is totally smoothed out by the bokeh of the lens. Once again when I zoomed in and checked the sharpness, the eyes just pop out at you, and I had another one of the cackling fits.

So to round up, I probably don’t need to, but I guess I should say that I am very happy with this lens. It’s a luxury addition to the arsenal, without doubt. If I had to live without it, I probably could, but it definitely opens up doors that were previous closed. I am also looking forward to using it for still life and flower shots, with even more dreamy bokeh than I’ve been able to get so far. I’m definitely turning into a bokeh junky.

Is there anything that I don’t like about this lens? Well, there’s the modern gripe I guess that it doesn’t have Image Stabilization. For a telephoto lens I guess that would have been nice, but it’s a bright enough lens that you can get pretty fast shutter speeds even in low-ish light, and if adding IS had even the slightest negative effect on that sharpness, then I definitely don’t need it. Also, this is a relatively slim lens for the aperture. Adding IS would fatten it up some, which I can live without too, especially as this lens will be used in the street where smaller is definitely better. With all taken into consideration, once again, I’m very happy with this lens, and can’t wait to continue to take it through its paces.

So, a relatively quick one today, but doing more than one of these lens reviews in one episode would be too much. Let’s split them up and keep it clean. Unless something comes up in the meantime, stay tuned for the next two episodes when I’ll talk about the TS-E 90mm F2.8 and the new version of the Canon EF 14mm F2.8L lens, which has also totally blown me away.

Just one quick note to finish on, is that I finally got around to putting a book together on the photos that we shot in Hokkaido in January of this year, 2008. I have published the book on Blurb.com, and will put a link into the show notes if you want to check it out. The book is 96 pages, and contain 12 photos from 4 of the 5 participants, plus 12 of my own, and there’s a bunch of documentary shots that some of us took while there too, and it makes for a nice look at what went off in Hokkaido on our first workshop. With that though, I’ll sign off for today, so all that remains to be said is you have a great week, whatever you’re doing. Bye-bye.

You can find our Hokkaido book on Blurb here: http://www.blurb.com/books/480398