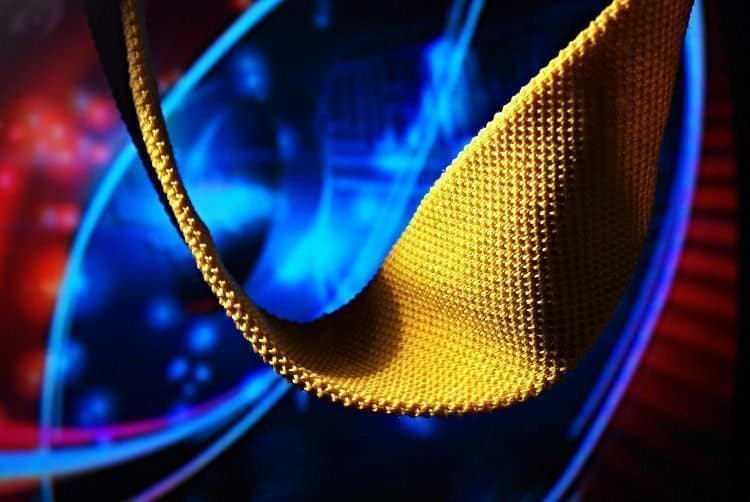 This week we are going to hear who won the Abstract Assignment, and we set the stage for the next Assignment. Before we go on, I would like to thank all of those who entered images to the Assignment this time. It is always great to see the images that you post, but this time has been a real treat. You really have posted an amazing selection of images. I have a sneaky feeling that the number of entries for the following assignment is going to drop some, as it is going to be a tough one. Hopefully you’ll prove me wrong though and I do have a few ideas myself having slept on the idea for a night. Anyway, first, let’s see who won the Abstract Assignment and we’ll get to the next assignment in a short while.

We usually have a count down from third, second and then the winner, but today, we actually have two second places with the same number of votes. We’ll look at these in the order they are listed, but this is simply the order in which they received the votes. Remember also that if you jump to the images using the numbers I call out, the members’ images start with an m for member. First then, in joint second place is squareback, real name Chris Tidmore, with image m9356, which is entitled “Jet”. We can see from the notes that this is the inside of a U.S. fighter jet’s engine. It’s a very simply amazing, very striking image. I image this has been converted to black and white, and not really this colour, but the tones are stunning. Chris has cropped the image to a square, which makes the outer circle clipped slightly along the four sides of the image, which I think helps to increase the drama. Then there is just so much to look at as you survey the various details of the image, with all the various flaps, rignts nad series of shapes around the center. The center itself has another circle with a nice gradation from black to white in the center, which for me finishes off a perfect picture. This really is stunning! Congratulations on joint second Chris. This really is stunning! 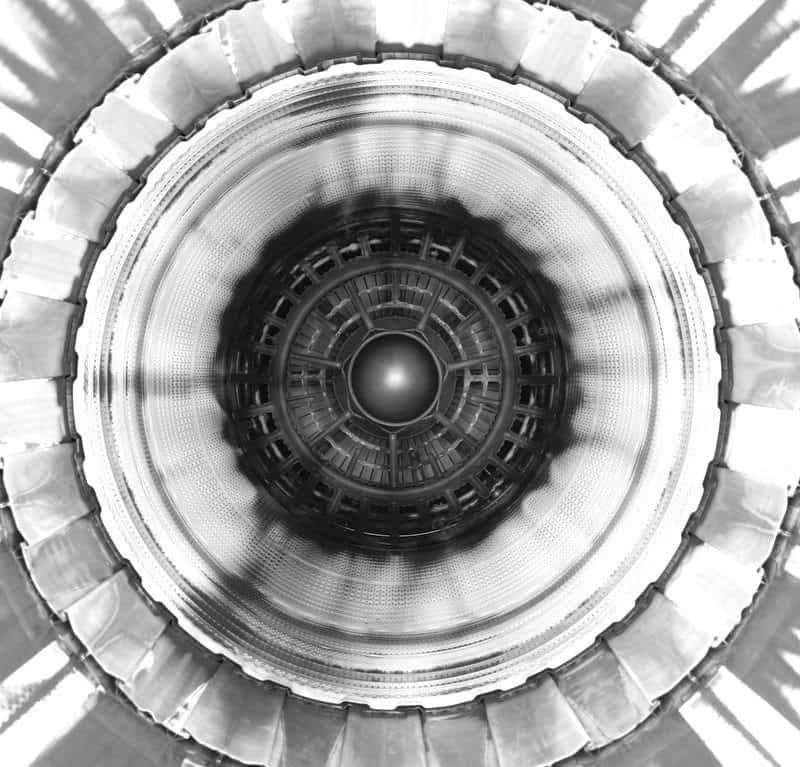 So, the next joint second place image is m8997 from string_theory, real name Roscoe, with another beautiful abstract image called “Time Travel”. In contrast to Chris’ image which was a beautifully toned black and white shot, this one is a totally out of this world highly vibrant colour image. The title, Time Travel is perfect for this image, with the almost psychedelic, very surreal blue and red background, and then what looks like a bright yellow weaved nylon strap. The mix of totally surreal background with the very real yellow strap works very well. The positioning of the strap and the overall composition is literally out of this world. Well done Roscoe on joint second place. 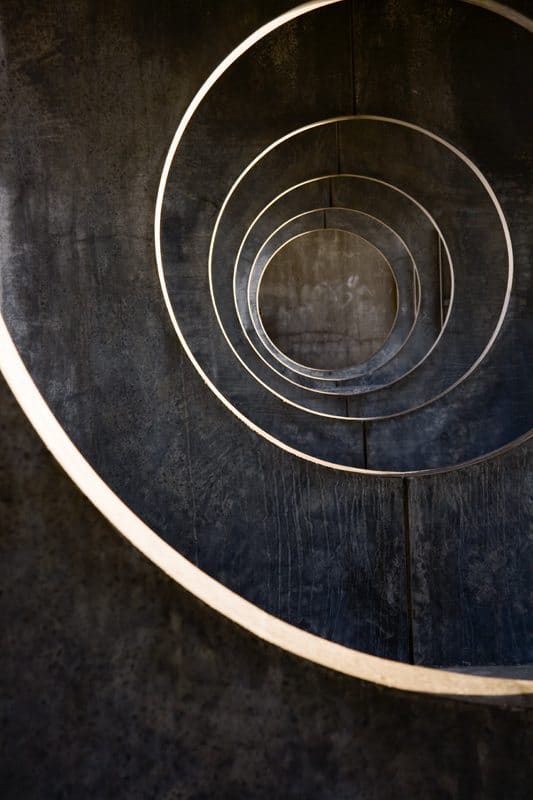 So, finally, in first place, is image m9325, from Pixelated, and I know I’m going to make a mess of Pixelated’s real name, but this is forum contributer Thysje Arthur. If I made a total mess of that please do correct me in the forum Thysje. Anyway, this is a truly beautiful, almost classic image entitled “Cold Circles”. I’m going to go ahead and pretty much read out the caption from this image as we can see that it is “A series of concrete uprights under an up-ramp to a pier. Each upright has a large circular hole in the middle. I waited an hour for the early morning sun to be at the right angle to hit the left edge of each hole for contrast. The focus is on the second upright. I considered making it black and white, but I rather liked the bit of warmth from the sun on the cold concrete. It was a frosty morning and it was very cold, hence the title.” The cold doesn’t really come through in the image, but that is in no way a problem. To me this image has even a warm feeling, but the title made me think more of the cold meaning without feeling, or unfazed. The key points of this image for me are the lines that dripping water has left on the second upright, and the fact that we can see through a series of these circles, but it is not endless. After six circles, we get a solid concrete wall. We also see that in the fifth and sixth upright have edges that are visible, which to me increases the interest further as we start to get a sense of this again not being a perfect set of circles. The composition of course is another huge plus here. It would have been tempting to just bulls-eye all of these circles, but we see that they have been placed slightly above center and to the right. This also cut off a large part of the second circle, adding a little drama. As I say, I think this is a truly classic image that would be happy on the wall of any gallery in my opinion. And of course, as this got many of your votes, I assume you agree. So, once again, congratulations Thysje, and again, please accept my sincere apologies if I’m totally butchering your name. By the way, as your prize, I will be mailing you as soon as I release this Podcast with details of how to select the image from which I will create a Fine Art print on the paper and size of your choice, which I will post out to you as soon as I hear which one you want.

So, once again, I wanted to thank each and every one of you that entered this assignment or voted. If you couldn’t do either and are catching up with this episode after the assignment is over, you can still see the album at the mbpgalleries.com Web site, so please do come along and take a look. You will not regret spending a little time doing so. If you did submit an image and yet didn’t get placed, please don’t worry about it. You can feel happy that your image is helping to make one of the best assignment albums to date. From comments already coming in, it seems that everyone feels this way. Many people have spent quite a lot of time trying to make their final choice, as the level has been so high.

Anyway, with that, we are ready to kick off another assignment, and although was pretty worried about using this idea for an assignment theme, I want to thank Hillary from the MBP Forum for this suggestion. The next assignment is going to be on Irony. Now, when Hillary first suggested this, I couldn’t quite figure out how we might try to portray Irony in a photograph, but then Even found a good example on the Web, in which we basically can see two doors. On one door it says National Association of Telemarketers, and on the other door is a big red sign saying Absolutely No Soliciting. This is basically word based Irony. We have to read the words to understand the Irony. I expect that as we start to think about this, there will be ways to visualize Irony without the use of words. Now, as I say, I was worried about selecting this theme. When I prepared for this Podcast last night, I still couldn’t think of what I might shoot. One of the great things about these assignments though is they get us thinking. When I woke up this morning, the first thing I started to think about was what I would shoot, and decided that I want to try and stick to nature as the base for my image. I started to think about what Irony we might find in nature, and started to think about maybe mocking up an image by taking a flower that would normally flower in the summer, and spreading fake snow all around it, to show two elements from totally different seasons.

Another thing that I thought about, and will throw this out there as an idea, was sunflowers in moonlight. The rainy season just started here in the Tokyo area, and will last around 6 to 8 weeks, exactly the length of this assignment, so I may not be able to shoot this, but right now I’m visualizing a field of sunflowers under a big bright full moon. I don’t expect you to copy this, but to be honest, really don’t mind if you do either. I’m just throwing these few ideas out there because until this morning I really couldn’t think of anything at all. As the assignment gets us thinking, hopefully we’ll all start to think of something to work for this. Although this is going to be a tough one, please do give it some thought, and if necessary, let’s compare notes in the assignment forum.

Of course, I don’t have any of my own examples to share this time, as I’ve never even thought about Irony in photography, so we will have to rely on our own thoughts or discussion in the forum etc. The Irony Assignment will run until the end of July 13th, 2008. You will be able to upload your images until the end of Sunday July the 13th anywhere in the world. You are only allowed to upload one image each, and there are a number of rules and guidelines in the MBP Forum which I suggest you read before you start shooting if you are not already familiar with them. I will put a link to the forum posts in the show-notes. On Monday the 14th, I’ll lock the gallery for uploads and voting will start for two weeks, until the end of July the 27th, and I’ll create another episode like this to announce the winners.

So, a bit of a quick episode this week. I’m sorry it took me a little longer to get this announcement episode out. I’ve been away for a few days shooting and getting some mountain air, and when I started to prepare for this episode, I also found a few changes that had to be made to the scores page because of the upgrade to the members’ gallery Web site software a few months ago. It took a few hours to get right, so I ended up having to sleep on this episode. The good news is of course I should have a lot of nice photos to share with you in the coming weeks from Nagano prefecture, which is where I’ve been. It was in many ways just a relaxing long weekend, as both myself and my significant other had been getting a bit stressed with life in the big city here in Tokyo, and just needed to get away. So I don’t have that many images to show for it, but still, there’ll be plenty to look at and talk about once I’ve had a chance to go through them. For now though, you have a great week, whatever you do. Bye bye.