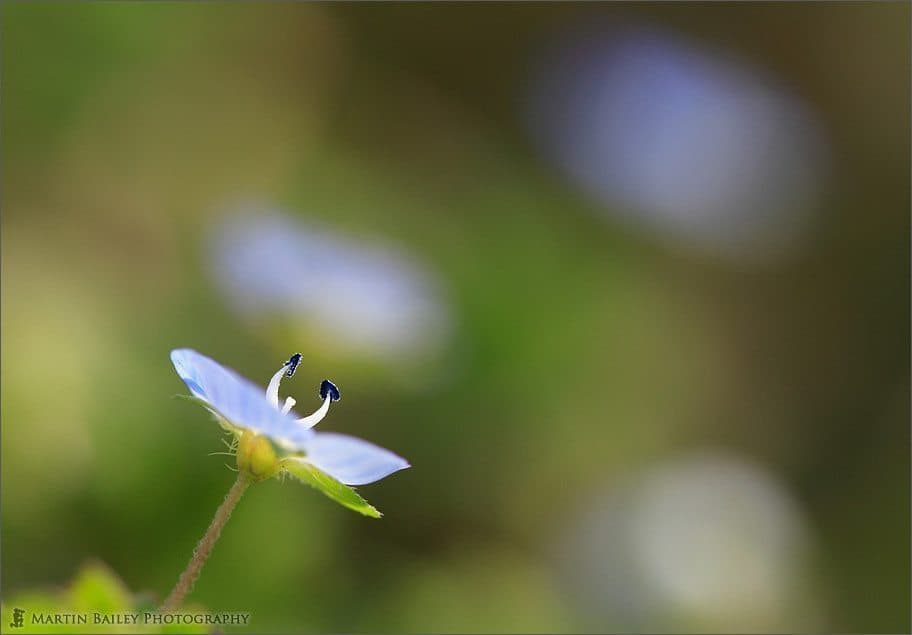 Today we start with an announcement of the winner of the last Assignment, which was on Silence, and we start the new assignment, which is going to be on Simplicity. Before we get into the main topics, a brief apology for not getting an episode out last week. Things are still pretty hectic with one thing and another and it just wasn’t possible. No promises right now, but I’ll try and do a double release at some point in the coming weeks to get us back on track. Now though, let’s here who won the Silence Assignment, and set the Stage for the Simplicity Assignment.

Firstly, I’d like to thank all of you that shot for the Silence Assignment and uploaded your entries to the Assignment album on the mbpgalleries.com Web site. With so many great shots I’m sure you all had a hard time picking who to vote for, but thanks to all those that took the time to make your selection, as well as those that actually entered.

And to get right down to it, in third place with image m, for member 4128, that’s m4128, we have RobP, which is Rob Payne, with “Silent Lake”. This is a beautiful deep red sky, according to Rob’s caption, reflecting in the Pine Glades Lake in the Everglades National Park. This is either a stitched panorama or a single image cropped to a panorama, with a line of distant trees and foliage, with a number of larger trees in the foreground that are reflecting in the lake along with the deep red sky. It also looks as though the wind has blown across the patch of water along the bank as the water there is more silver and not reflecting the sky or foliage as much as the more mirror like surface of the lake in the foreground, making a band of slightly less height than the line of trees themselves. This all comes together to make for a really pleasing shot. Congratulations on third place Rob! 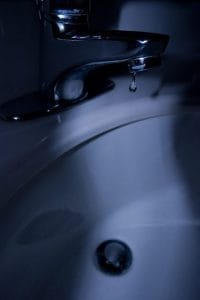 In second place with image m3951, we have bme, real name Marten Engblom’s “Night Drop – Breaking the Silence”. Another excellent image! Nicely conceived and executed shot of a drop of water, at the moment it falls from the tap, or faucet, giving the feel that it is about to break a deftly silence, of course, the theme for the assignment. The timing for this shot is impeccable, and Marten seems to have caught it very well and sharp with a 1/250th of a second exposure. The cold blue tones of the image and the relatively shallow depth of field make for a really successful image. Congratulations Marten.

And now, the moment you’ve all been waiting for, with image m4105, the winner is of the sixth MBP Photo Assignment on Silence is hqsbud, A.K.A Forrest Tanaka, with “A Scout’s Moment”. Here we see tight crop of a young lady holding a flag in some kind of a ceremony, with a definite mood of silence. There are no words to be spoken here. This is enforced by face of another young lady behind the first, also with her lips tightly closed in silence. Forrest has chosen to convert a digital image to a beautiful toned black and white shot, with beautifully soft, perfectly exposed whites. You never cease to get us thinking with your thought provoking images Forrest. Well done and congratulations on once again scooping first place with this beautiful image. You know the form now for getting details to me for the print you want from my online gallery, but I’ll be mailing you anyway, to let you know you’ve won, in case it takes you a few days to catch up on the Podcast. Anyway, once again, congratulations! 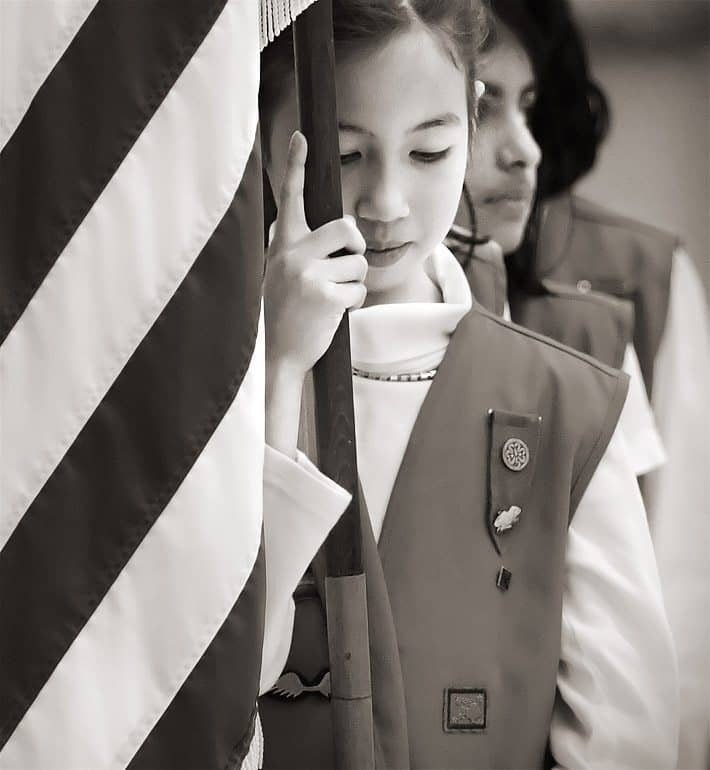 Note that you can view the vote counts and the overall score for the entire first year of assignments, and that also shows you who is in the running for the Lowepro Stealth Reporter D650 AW camera bag prize. With this win, Forrest is actually first in line, so see if you can come up with a cracker of a shot for the Silence Assignment to knock Forrest off the top slot. Of course, Forrest is going to be trying hard to keep that crown too, so I’m really looking forward to what this last assignment brings.

And on that note, let’s talk a little about the next assignment which, as I said earlier, is going to be on simplicity. All too often we get so wrapped up in capturing the scene in front of us or getting our artistic vision on film or digital sensor, that we forget to clear up the shot of unwanted elements. Sometimes, the shot warrants lots of elements of course, and that’s good in itself, but sometimes, just the simplest of subjects and compositions works. What I’m thinking for this next assignment is some very simplistic elements. This is as usual open to interpretation, but we could be thinking of simplifying either the number of subjects, to say one or two items against either a smooth or textured, yet plain or undisturbed background. In addition to the actual elements, we could narrow down the number of colours to just one, two or say three at the most. Say we have one key colour against a background of a single or just two colours. I’m really just kind of thinking out loud here, but hopefully you get the picture. Of course, I’d love for you to surprise me with a totally different interpretation, and at the end of the day, because this is all very democratic, even if I personally don’t agree with your interpretation, it’s the other members that vote, and if you capture the imagination of the majority, that’s all well and good.

I did take a quick look through my images already uploaded to my online gallery, and found three images that kind of fit into what I personally am thinking, so I’d like to finish up taking a look at these. The first one is image number 955. In this image, obviously shot long before I started thinking of this assignment, I included a single blue flower, and used such a wide aperture that the background is reduced to a blur, with a few blotches of the same colour as the flower, and then a generally green and brown background. All are so out of focus that they don’t overpower the main subject at all. Rather they simply complement it. I’m not going to talk about the technical aspects of these few shots, as I’ve already spoken about them in other Episodes, and really we’re just looking at ideas here. If you want to see the EXIF data etc. you can go online and see the shooting info underneath the images in my gallery. If you’re new to this Podcast, take a listen to Episode zero, which gives you an outline of the various ways to listen. 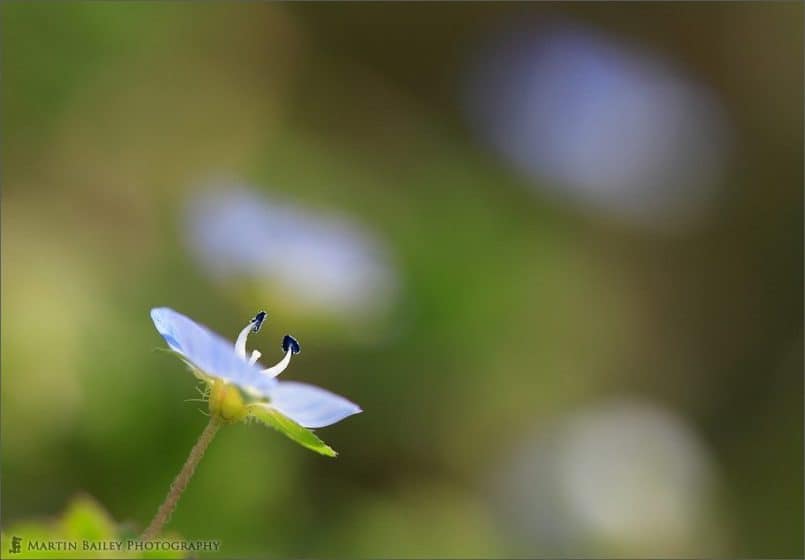 Another example I picked out is image number 831. Possibly one of my favourite shots from last year, in this image I used light to single out this loan swan against a dark background. Colour wise we have an almost black background, with a few partially lit brown branches of a tree in the background, and a pure white swan, with of course a splash of yellow on the beak. So this shot is really quite simplistic in both composure and colour use. 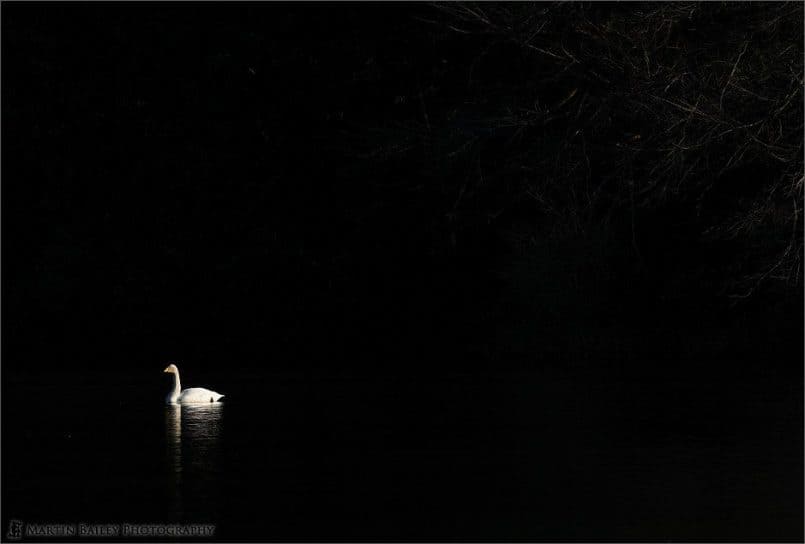 Finally, there’s also image number 715. Here we have quite a complicated web of leaves and twigs as a background to a small family of mushrooms, but again, I composed this in such a way that there is no doubt what the main subject is. From a colour perspective again, really just two colours. We have two tones of brown for the mushrooms and the tree trunk and twigs, and then green for the rest of the shot. Actually, I guess white too, for the light shining through the breaks in the canopy, but I think you’ll get the picture. Again here the depth of field is such that a few areas of the image stand out, namely the mushroom and the branch, and a number of prominent leaves, but then the out of focus green canopy with splashes of light shining through really just serves as a background. 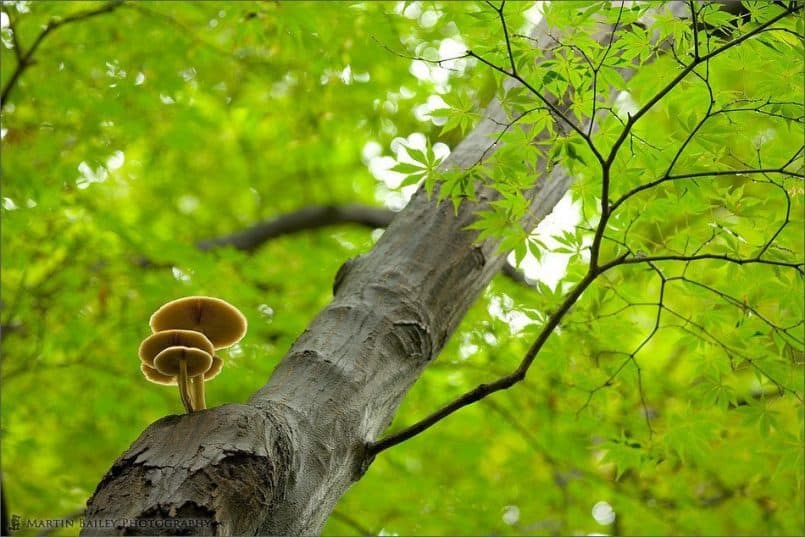 Mushrooms with a View

I have some other loosely connected examples, but as I say, none were really shot with simplicity in mind as a theme, they are just natural extension of my work, so I won’t go into this anymore. I’m really just giving you a few pointers, and as I say, I want you to surprise me with your own interpretation of simplicity, and I’m certainly going to start to think of something that I can shoot myself for this assignment just as soon as I’ve caught up on my weekly Podcasting schedule.

Once you have your shot, you can enter by registering at mbpgalleries.com, and uploading your image to the Simplicity Assignment album. Remember that I’m still asking you to register on the main site at martinbaileyphotography.com as well, with the same username and email address, so that I can link the two sites at some point. If I ever find the time that is. The Simplicity album will be open for uploads until the end of Sunday the 15th or April, anywhere in the world. From then we’ll start voting for two weeks until the end of the 29th of April, to decide the winner.

After the Simplicity Assignment and the grand prize is awarded to someone alongside one of my prints, we will of course continue the assignments, and the accumulated scores will go to another grand prize that I’ll try to negotiate for you at the same time next year. I don’t know what that prize will be yet, but it will hopefully be something equally so if not even cooler than the top class LowePro Camera Bag we’re giving away this time. I’ll continue to give away the print of your choice on the paper of your choice from my online gallery to each monthly winner as well. Of course, in addition to putting yourself in a position to gain the monthly and yearly prize, shooting for an assignment is also a great way to focus your creativity and learn a few things along the way though, even if you don’t win, so please do get involved from as early as possible.

Well, that’s it for this week. Once again, sorry I didn’t get an episode out last week. I currently have a few episodes planned to cover my UK trip, and a Q&A episode that I’m going to start working on as soon as I can. If I can do a couple of shows in advance I’ll release two one week to get back to the one per week quota that I really want to stick too, even if the schedule is a bit messed up! Anyway, let’s get out there and start shooting for the Simplicity Assignment, and have some fun doing it. Bye-bye.