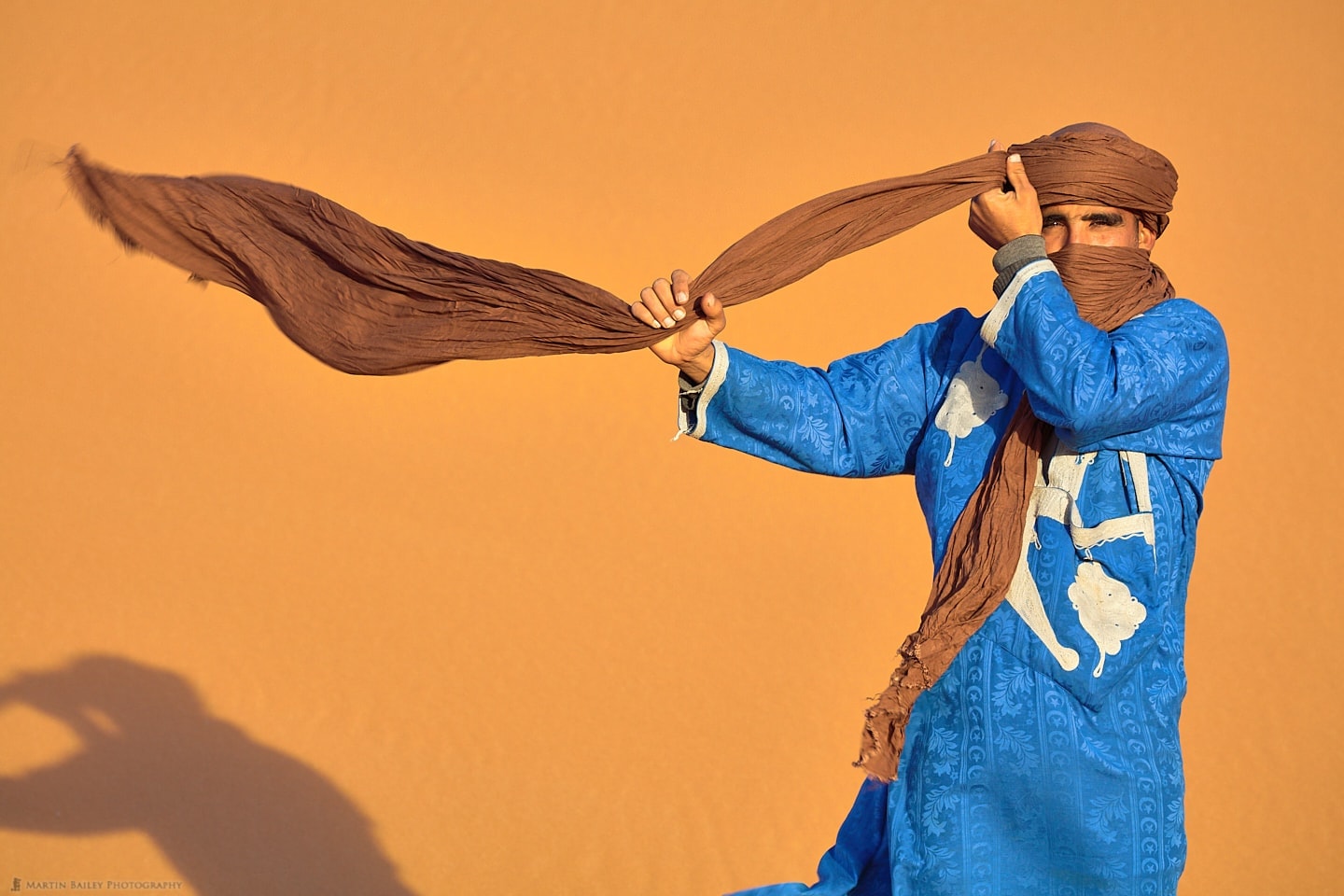 Today we continue our Morocco tour as we venture into the Sahara Desert for some beautiful photography in this exotic land.

As I sat down to prepare for this episode, with the memory of Morocco slowly fading into the past, I thought that I could probably wrap this up with today’s ten images, and move on to something else next week. Fortunately for us, photographs are a wonderful thing. I went through my remaining three stars and higher photos, hitting the Q key on my keyboard, as that’s the key I have assigned the shortcut to, to drop the currently selected image into a folder that I’ve specified as my Selects Collection.

Well, even though I was being somewhat selective, a few minutes later I had 49 images in my collection that I still want to talk about, so I guess wrapping this up today is out of the question. I will try to whittle it down to just twenty more images though, so that we can finish this series next week, in the final episode of 2018.

The first image that I wanted to talk about, was of the hand of a musician as he plucked away at what I believe is called a Sintir or a Guembri, but these are supposed to have only three strings, and in this photo there are two darker colored strings that seem to be beneath the three main strings. The instrument was obviously hand-made though, so maybe he just added a couple of string to build on the capabilities of a traditional Sintir.

I left my shutter speed down at 1/125 of a second for this shot, because I wanted to record some of the movement in the hand to show how energetic the playing was. You can hear the instrument being played in the music that I’ll play in the audio as I record this (Listen with the player above).

My other settings for this image were f/5 for a shallow depth of field at ISO 100, with a focal length of 85mm, with my Canon EF 85mm f/1.4L IS lens. You know, I was never too concerned about adding the EF mount designation when describing my Canon lenses, but as I now also own and will be talking about the new RF 24-105mm lens, I guess I’d better start making a point of which type of lens I’m referring to.

The steel castanet type instruments that you can hear and also see in this next image are called karkabou. The Sintir is also a traditional three-stringed Sintir in this shot too, so you can see what the entire instrument looks like. I thought it was nice that the kids are starting to get into what is probably a family business, and you’ll be glad to know, if you think about these things like I do, that it was a Sunday when we visited these musicians, so the kids weren’t being kept out of school to play in this band.

It’s a lovely experience to be able to listen to this music and to photograph the musicians at close quarters as well. My settings for this image were 1/320 of a second at f/5.6, ISO 100 with my focal length still at 85 mm.

Later on the same day, we drove to the camp of some nomad people, where I photographed this young man in his black turban. I’ve actually darkened down everything except his because the eyes are what I really want to draw attention too, but I realize that in doing this I’m creating a somewhat sinister looking character, especially from a western perspective where we tend to associate this kind of headwear and covered face with terrorists.

I don’t want to allow that to stop myself from using this image though, because the desert, this is really just their way of keeping the heat of the sun of their heads and the sand out of their ears, mouths, and noses.

I also can’t deny that there is a part of me that also just wants to work with the image like this, to fly in the face of common thinking, where this kind of image might cause fear or concern, when the reality is that this is just a kind young nomad sitting for us to photograph him in exchange for a small financial reward.

Camping in the Dunes

The first night that we spent in the Sahara was in a large lodge, with big rooms, but to get ourselves situated for a camel ride out into the dunes, before we continued to photograph on this day we’d moved to our luxury tents, just far enough from the lodge for us to feel as though we had the Sahara to ourselves.

We spent an hour or so to settle into our tents, before regrouping to mount our camels and then ride deeper into the Sahara looking for a nice spot to photograph the camels with their handlers, as we’ll see in the next few images.

This first shot shows our camel handler taking his first walk up into the dunes, making the first footprints, so we wanted to make sure that everyone was ready before we started shooting here. We walked through the strategy and what we were going to do before we asked the camel handler to walk into the dunes. My settings here were a 1/320 of a second at ISO 320 at f/10, and a focal length of 100mm with my Canon EF 24-105mm Mark II lens.

The Brow of the Dune

This next photograph is just moments later, as the camel handler reached the top of the sand dune that I’d asked him to walk up. We had to call out to get him to walk a bit faster because the camels were starting to bunch up, and it looks much better if you can get a little bit of separation between the camels, like this.

Although I’m overall quite happy with most aspects of this photo, there is often something, a tiny detail or two in a photo that really appeals to me. In this photo, it’s the sand whipping up along the back edge of the dune that the camels are walking on, and also how the sand is whipping off the brow of the dune in the middle on the far left of the frame.

We were lucky to get a good bit of wind for this shoot, and we used it to good effect in some other photos that we’ll look at shortly, but I do recall pulling sand out of my ears for at least a day after finishing this shoot. My settings for this image were a shutter speed of 1/250 of a second at ISO 320 with an aperture of f/10 at 182mm. I had my 100-400mm Mark II lens on a second body and was switching between them as necessary.

Although we had three camel handlers with us, I found that from this first shoot, when we had two of them walk their camels up a dune and then back again, my favorite three images were of the same man with his camels, because he had the least footprints in his shots. The second guy was no longer walking through virgin sand, and the images just don’t look quite as good. They’re usable, but when you’re trying to whittle down a selection, it’s a good reason to move on to the next shot.

Here we see the first camel handler coming back, and I really like how he and his camels are mostly against the dark band of shadow on the dune behind them. I’ve actually darkened down the shadows a little more with the levels and tone curve in Capture One Pro, just to increase the overall contrast and to stop the dunes looking a little washed out. My settings for this were ISO 800 for a 1/250 of a second at f/14, with a focal length of 227mm.

One thing to note here is that the use of the 100-400mm lens at 200 millimeters or so really helps to compact the elements in the frame, stacking the distant sand dunes up, making them look like they are much closer than they did in the first shot that I shared from this location. We had hardly moved between these shots, but the distant dunes appear much closer and more importantly larger in this image because I’d changed my focal length from 100 mm to 227 mm.

From this point for a while, we had some time on our hands as we needed to wait for the sunset, before finishing our shoot. We had the peak of a dune running to the right of the spot you see in these last three images, that we were hoping to have the camels walk along with the sun on the horizon behind them, and we were slightly mortified when three tourists strolled past on their own camels, but they made for a good photo, and from the angle that we were going to shoot, we could live with their footprints.

The other great thing about having a little time on our was that we were able to photograph our handler models relaxing initially, as you can see in this image.

Again, I like how the sand is being whipped up along the brow of the sand dune in front of the camel handlers. It’s also a nice illustration of how their headwear is used to also keep the sand out of their ears and mouths, as I’d mentioned earlier. My settings for this image were ISO 320 for a 1/320 of a second at f/10, with a focal length of 400mm.

Turban in the Wind

As I mentioned earlier, we were able to have some fun with the wind, as you can see in this next image. We asked our camel handler models to first take off, then put their turbans back on allowing them to blow in the wind.

It was great that the wind was strong enough to get their turbans out almost horizontally, and with these men looking into the sun they have great catchlights in their eyes as well. I have lots of these images, but we’ll just look at a couple of different variations after this. My settings here were ISO 500 for 1/320 of a second at f/10, and a focal length of 263 mm.

The Turban and the Cloud

Perhaps a little bit cliche, but we couldn’t help but ask the camel handler to go to the top of the dune as so that we could shoot him against this wonderful big cloud that had formed up there. I can’t help thinking of romantic classics like Lawrence of Arabia when looking at photographs like this.

The contrast was actually a little bit harsh, but the Shadows slider at 100 in Capture One Pro helped to pull back a lot of light in the face of the man, so I’m pretty happy with this photo. My settings were ISO 250 for 1/320 of a second at f/10, and a focal length of 300 mm.

While we had the opportunity, we asked another of the camel handlers to also go to the top of the dune, and this time photographed him sitting down with his turban blowing in the wind.

This time I decided to crop the image to a 16:9 ratio to give it a more cinematic feel, and that also enabled me to reposition the man towards the top of the frame, which makes him look higher up, with less space above his head. My settings for this image were ISO 400 for a 1/250 of a second at f/10, and a focal length of 400 mm.

If you buy from our friends at B&H Photo using the links in this post you are supporting the blog without paying any extra for your new gear. Thank you!