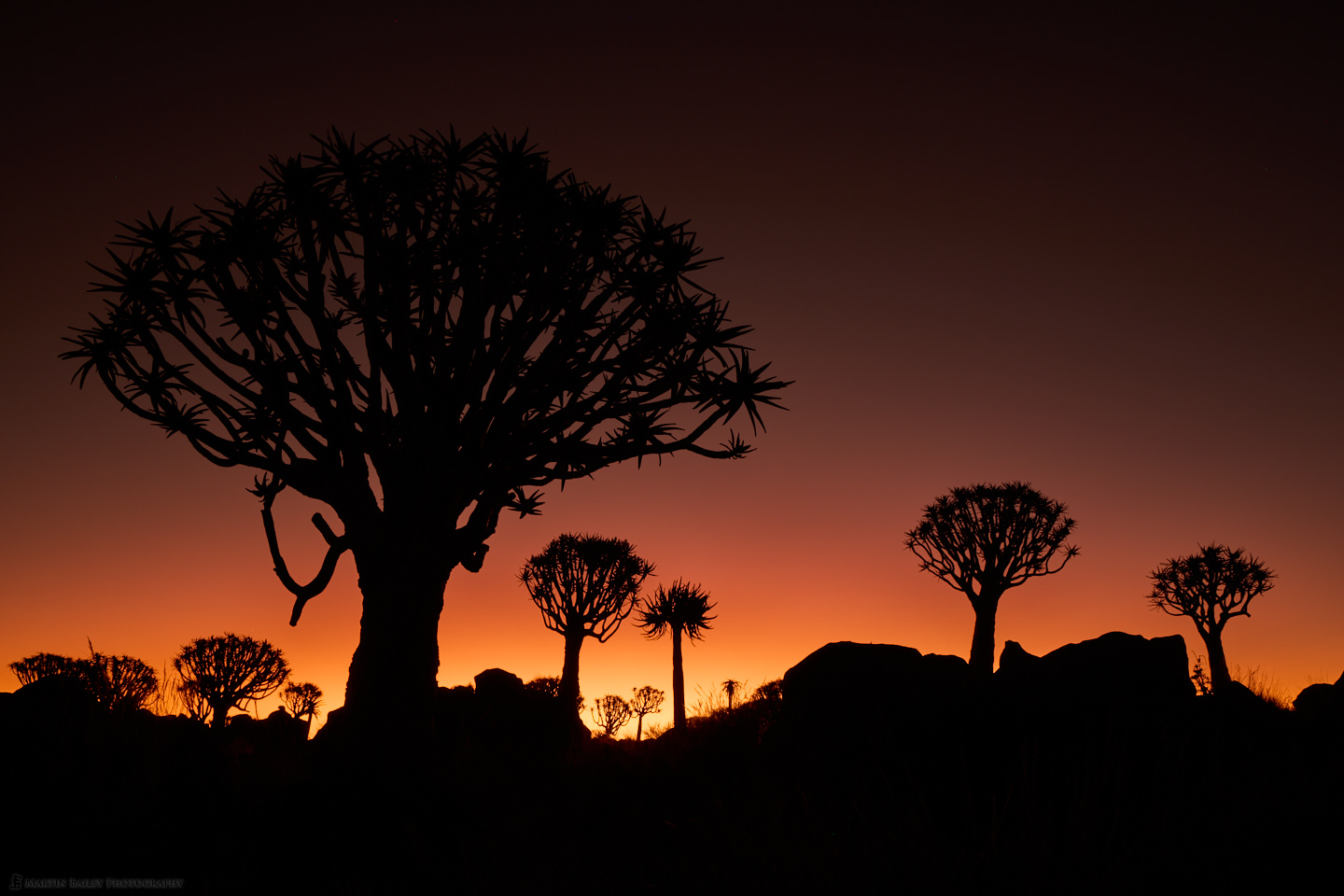 I have just got back from Namibia and from today for the next three or four weeks will report on what we got up to, illustrated with around 10 images for each episode. This was my first tour in two and a half years, so it felt amazing to be out in the field again, and this tour was made even more special by the five guests that accompanied me on our epic journey around Namibia. I’ve been lucky to travel with many wonderful groups over the years, rarely meeting people that simply don’t mesh, but it does happen, so it was a huge relief to find that this group really was a complete pleasure to spend 17 days with. We’ll hear from the group in the final episode, as we recorded a short message from each of them on our final evening, but for now, let’s jump in and start to walk through the tour.

I actually went to Namibia a day early this year, in case the additional procedures in place due to the pandemic caused any problems. Shortly before I left Japan though, the requirement to get a PCR test within 72 hours of entering Namibia was lifted, which certainly removed a level of stress that helped to get things kicked off more easily. Wearing a mask for the entire journey over was somewhat taxing, especially because the first of my two outbound flights were extended from 12 to 15 hours as we couldn’t fly over Russian airspace. I also confirmed my general dislike for Lufthansa planes. Economy class on these planes has too little leg-room, with my legs having to be pressed against the seat in front of me for the entire flight. I’m just pleased that the flight between Tokyo and Frankfurt was an ANA codeshare, as ANA has much better planes and generally better staff as well.

I did hear at the beginning of the tour that Qatar Airlines have just started a direct flight to Namibia as well, which I’m going to try to book next year to avoid Lufthansa. I really don’t understand why their planes have so little leg room. It’s not as if Germans are generally little people, so maybe there are just trying to force more people into Business Class, which would be a shame, as I generally go by economy class.

Anyway, on my second morning, I went back to the airport in Windhoek to welcome the remaining four of our five guests as they also flew in from Frankfurt. Lufthansa had lost one of the guest’s luggage, which added an extra level of difficulty to the start of the trip. Luckily the guest rolled with it pretty well, and the case did get forwarded to us as we traveled, albeit around five or six days into the tour.

As usual, I timed the first photography day with a new moon, and we got into the Quiver Tree Forest relatively early in the afternoon after our drive down from Windhoek, so we had plenty of time to decide which trees we’d use for our sunset shots. My main goal as I look for a nice group of trees is to find one main tree with a pleasing shape, and a number of smaller or more distant trees that are nicely isolated. I also ensure that the main tree is isolated, without anything else overlapping it anywhere. In this case, that meant I had to lower my tripod to just over one leg section, to prevent that bow hanging down on the left side of the main tree from overlapping with the distant quiver tree below it.

I was happy with the results though, and although I’m not much of a sunset person, I do like this warm glow after the sun has dropped below the horizon when it happens.We went back to our lodge for a lovely dinner shortly after the sunset glow had died down, and then we came back out a few hours later to capture the Milky Way, and the Galactic Core which was to be still low in the sky, allowing us to place the silhouette of some Quiver Trees in from of it, as you can see in this next image.

This was actually the first time I was going to really get to use my Canon RF 15-35mm ƒ/2.8 lens, as well as my Canon EOS R5 in the field, and I was completely blown away all over again by this gear. The RF 100-500mm lens was also really getting its first field use, and I was really happy with that too, as we’ll see later in these trip reports. I used the 500 rule for my shutter speed, so divided 500 by 15, my focal length, which gives 33 seconds, and I rounded it down to 30 seconds. This gives slightly elongated star discs but in my opinion a good balance. My ISO was 1600 and my aperture was set to ƒ/3.2, stopping down just a fraction to ensure that the quiver trees were also sharp. Note too that I generally zoom in to 10X magnification on the electronic finder and manually focus on the stars. Just cranking your lens out to infinity is not always going to give you sharp stars, so when possible, zooming in and manually focussing gives better results.

The following morning we visited the Giant’s Playground before breakfast, and this shot was a hair under a four-minute exposure as the light on the horizon started to pick up. I just went to ƒ/14 for this to ensure that the nearby and distant rocks were sharp. The ISO was 100 and I was using my RF 24-105mm lens for this shot. Note too that I generally like to go to the cloudy White Balance preset for dawn and dusk shots as it makes the colors much richer.

Here’s another shot from the Giant’s Playground, in which you can see what almost looks like a comical Disney character silhouette on the right, and one of the few Quiver Trees that you can also find in the Playground. By this time the sun was almost on the horizon, so my shutter speed was now 1/6 of a second at ISO 100, still with an aperture of ƒ/14.

After breakfast, we drove over to the Atlantic coast to visit the deserted diamond mine at Kolmanskop. One of the houses that has lost its roof and the upstairs floorboards is great for this kind of high-contrast shadow shots, with the light shining through the slats in the ceiling. I’ve generally shot the other room on most of my visits, but there is now a well-formed sand dune in the second front room, which I really enjoyed as well.

I also had to visit what’s probably my second favorite room for this beautifully formed sand dune and lovely pale-blue walls. There seems to be more decay on the walls now though, giving this shot even more character than in previous years. I love that I’m able to watch these locations evolve over time.

As you can see in this next image, some of the building’s ceilings are now caving in, and some buildings are also close to collapsing. Some of the floors have also given way. The Mine Manager and the Accountant’s houses on the top of the hill at Kolmanskop have been cleaned out, almost restored to their former glory. We also heard that there is talk of renovating many more houses and restoring them to their former state, but this would be a grave mistake.

The appeal and beauty of Kolmanskop come almost entirely from the sand and the decaying building. If they are to do anything, it should be to prevent the buildings from becoming any more dangerous, while maintaining their current decayed state. If it becomes simply a museum of what the mine used to look like, they will destroy it completely. I don’t think I’d be the only one to stop visiting if that were to happen.

We spent the following morning in the mine at Elizabeth Bay, which is another diamond mine town, which actually still has an active mine area, so security is very strict when entering and exiting the area. Part of the charm of Elizabeth Bay comes from the fact that they used sea water to make the bricks for the houses, so many of the bricks have decayed away leaving just the mortar that used to hold the bricks together, as you can see in this image.

Elizabeth Bay has fallen more quickly into decay during the three years since my last visit. As you can see in this next image, many of the houses have now almost completely collapsed. In some ways, it’s getting more difficult to shoot, because so many of the houses are now just piles of rubble.

It’s also a rather harrowing place to shoot. I’ve shot what were essentially slave quarters many times over the years, with a line of tiny partitions on either side of a large room in which the workers slept. Now that the outer walls of some of the larger buildings have fallen away, as you see in this final image for today, we now see that there were some of these quarters that had a second row, making them even harder to look at, but I think it’s important to record this, and to this day, the current owners still say that the workers were not slaves, because they were paid. I’m sure that’s true, but they were also often chained, and not allowed to leave. That sounds a lot like a slave to me.

OK, so that’s our ten photos for this first episode. To make up for missing the last three weeks, I intend to release the following episodes in quick succession, so stay tuned if you like this sort of work. Also note that we do have some spaces still on next year’s tours, so check out our tour pages for details.